A Texas sheriff’s deputy and his K-9 partner busted two Mexican nationals allegedly transporting $6 million in methamphetamine hidden in the fuel tank of their vehicle. 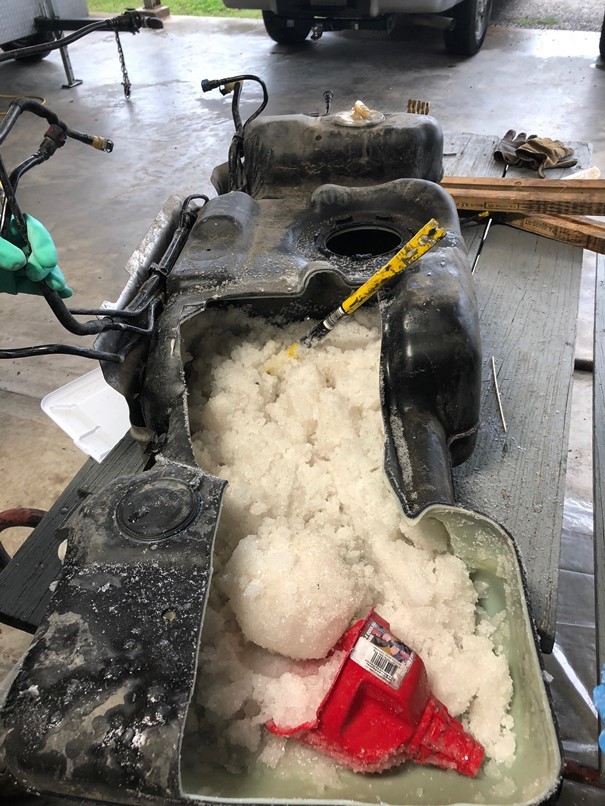 After Sgt. Thumann stopped the vehicle, he detected several criminal signals when speaking to the driver and the passenger. The Fayette County deputy asked if he could search the vehicle and the occupants gave their consent. During the initial search, K-9 Lobos alerted to the presence of narcotics.

The deputy and his police canine investigated further and found a false compartment inside the gas tank. Hidden in the receptacle was an estimated $6,000,000 (street value) of liquid methamphetamine, Beyer stated. There were 60 kilos of the drug in the tank.

Officials charged the duo with possession of a controlled substance and booked them into the Dan R. Beck Justice Center in La Grange, Texas.

Alvarez is in the jail on a $50,000 bond. A $10,000 bond was set for Villarreal. Officials with U.S. Immigration and Customs Enforcement have been notified and are working with Sgt. Thumann, Beyer told Breitbart Texas on Thursday.

Interstate 10 is a major thoroughfare for drug trafficking and human smuggling. The highway is a major east-west thoroughfare connecting El Paso, San Antonio, and Houston.

Fayette County Sheriff Keith Korenek made drug enforcement a major priority for his department when he was first elected in 2004, he told Breitbart Texas.