Border Patrol agents in the Del Rio Sector stopped a convicted child rapist from illegally immigrating to the U.S. again on Easter Sunday.

Agents assigned to the Eagle Pass Station arrested 36-year-old Gustavo Hurtado-Juarez for illegally crossing the Rio Grande River border with Mexico. The agents transported the Mexican national to the station for processing and a biometric background investigation. Agents learned that a Tennessee court convicted Hurtado-Juarez for aggravated statutory rape in Sumner County in 2010, according to U.S. Customs and Border Protection spokesman Dennis Smith. 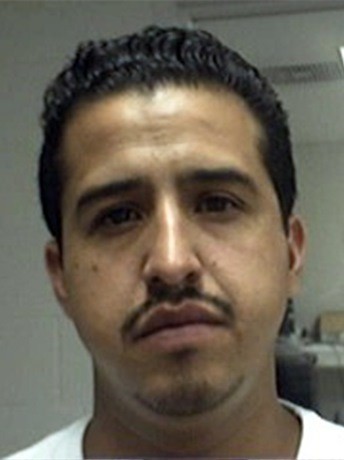 Immigration officials deported the man after he completed his three-year prison sentence.

“Del Rio Sector personnel are relentless in their vigilance to ensure the safety of our citizens and security of our nation,” Del Rio Sector Chief Patrol Agent Felix Chavez said in a written statement. “Because of their efforts, a dangerous criminal was stopped from gaining further access to American communities.”

Hurtado-Juarez now faces a new federal charge of aggravated re-entry after removal as a sex offender. If convicted on the 8 USC § 1326 felony charge, the convicted child rapist could spend up to 20 years in federal prison, officials stated.

Like much of the Texas border with Mexico, vast expanses of the Del Rio Sector are largely unprotected by fencing or other physical barriers. The lack of barriers makes it easy for previously convicted illegal aliens to re-enter the U.S.

“There is some border wall in the area near the port of entry, but his exact crossing point was not determined,” Smith said in response to an inquiry from Breitbart Texas.

In late March, Yuma Sector agents arrested Hector Gutierrez-Perez after he illegally crossed the border from Mexico. A background investigation on the Mexican nationals revealed a prior conviction for “unlawful sexual intercourse with a minor” in a California court.

Agents in the Tucson Sector arrested a previously deported Honduran national in February after he illegally crossed the border near Arivaca, Arizona. An investigation revealed that a California court convicted 44-year-old Wilmer Avila-Gamez on a charge of “Rape by Force.” Immigration officers deported the man following his prison term.

In January, Ajo Station agents stopped another rapist and a convicted murderer after they illegally crossed the border near Lukeville, Arizona. The agents arrested 31-year-old Pascual Nava-Gutierrez. His records revealed violent felonies including rape in the 3rd degree and assault in the 4th degree. Officials did not indicate the state where these crimes occurred. Immigration officers deported Nava following his prison sentence.

Tucson Sector agents also arrested a Mexican national after he illegally crossed from Mexico near Andrade, California. A New Mexico court previously convicted 30-year-old Luis Cota-Lopez on a murder charge. Immigration officers deported him after he served 11 years of a 15-year prison sentence.

Unfortunately, Border Patrol agents are not always successful at stopping these previously deported sex offenders from re-entering the U.S.

The previously deported Mexican national has a criminal record in the U.S. that dates back to 1994. Immigration officers deported him in 2001 after serving two years in prison in Oregon.

Breitbart Texas reported that federal officers arrested 48-year-old Santiago Flores-Martinez when he was trying to cross back into Mexico in late April. The port’s Anti-Terrorism Contraband Enforcement Team (A-TCET) apprehended the Mexican national at the San Ysidro port of entry.