Border Patrol agents in South Texas arrested 96 illegal immigrants after receiving a call about a car crash near the town of Freer. Responding agents found tracks leading into the brush and initiated a search.

Agents assigned to the Freer Station received a call from a concerned citizen about a single car accident on Highway 44. The agents responded to the call and found a Chevy Silverado abandoned after crashing into a guardrail, according to Laredo Sector Border Patrol officials.

Examination of the scene revealed human tracks leading from the truck into the nearby ranchland, officials said. 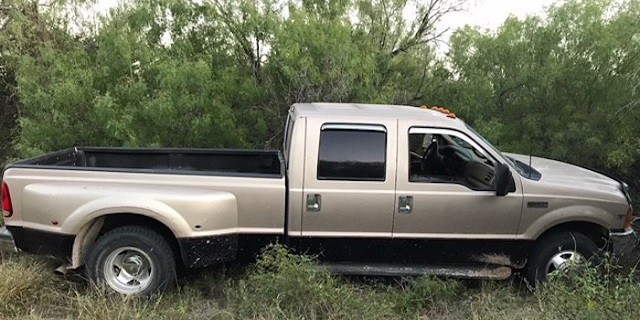 The agents began a search of the area and came upon a tan Ford F-250 pickup truck that had also been abandoned. The truck was located inside the property of a rancher. The agents carried out an exhaustive search and found 96 illegal immigrants hiding in the brush. Agents determined they were all in good health and placed them in custody for suspected immigration violations.

An investigation into the 96 revealed their nationalities as being from Mexico, Guatemala, El Salvador, Honduras, Ecuador, and Brazil, officials stated. The agents transported the migrants to the Freer Station for processing and possible prosecution for illegal entry into the U.S.

Freer, Texas, is located between Laredo and Corpus Christi and is about 65 miles from the Mexican border.

After arresting the illegal immigrants, agents turned the two pickup trucks over to the Texas Department of Public Safety. Officials did not report if the human smugglers were identified or not.

“The men and women of the United States Border Patrol remain determined in disrupting illicit activity along our border.  Through our combined enforcement efforts, we will continue to deny criminal organizations the ability to operate,” Laredo Sector Acting Chief Patrol Agent Jason D. Owens said in a written statement.