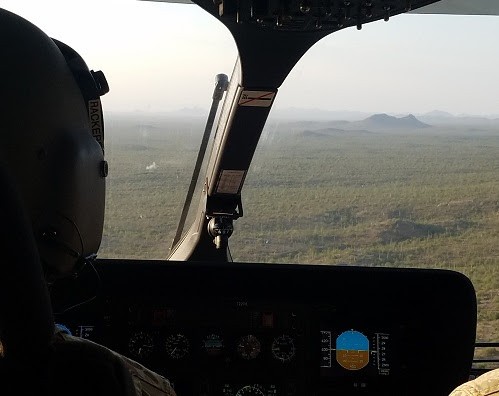 A National Guard aircrew operating under Operation Guardian Support assists Border Patrol agents on the ground in the apprehension of a group of illegal aliens in the Arizona desert. (Photo: U.S. Border Patrol/Tucson Sector)

A National Guard aircrew, patrolling the border region in a Lakota UH-72 helicopter near Cowlic, Arizona, on August 7, spotted a group of seven illegal aliens carrying large backpacks. The aircrew quickly coordinated a ground response from Border Patrol agents and directed them to the exact location of the smugglers. When the agents arrived on the scene, they discovered seven backpacks filled with 465 pounds of marijuana. Officials estimated the value of the marijuana to be more than $230,000. 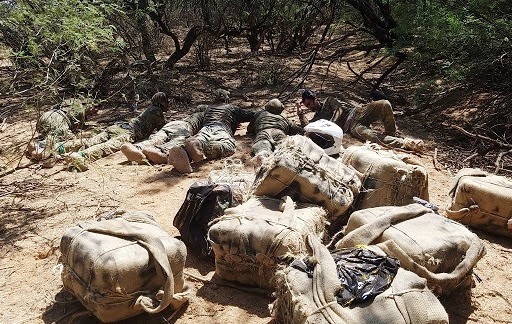 A few hours later, a second aircrew composed of both Guardsmen and a Border Patrol agent spotted a group of people hiding in a wash between Sells, Arizona, and the Mexican border. The aircrew observed one attempting to run away and quickly guided motorcycle mounted Border Patrol agents to the location. The ground agents were able to affect the arrest of 10 illegal immigrants — including the one who attempted to flee.

All 17 of those arrested will be processed for immigration violations. Officials stated the migrants came from a variety of foreign countries and illegally crossed the border. The seven people found with marijuana will also face criminal charges related to drug smuggling.

Tucson Sector Chief Patrol Agent Rodolfo Karisch recently testified before Congress about the effectiveness of the National Guard in supporting the national security mission of the Border Patrol. He said the National Guard’s assistance “increases our ability to detect, deter, and respond to threats of all kinds, including drugs, weapons, illegal aliens and possible terrorists. Since Operation Guardian Support began in April, the National Guard has contributed to thousands of apprehensions, the seizure of thousands of pounds of dangerous drugs, and multiple rescues.” 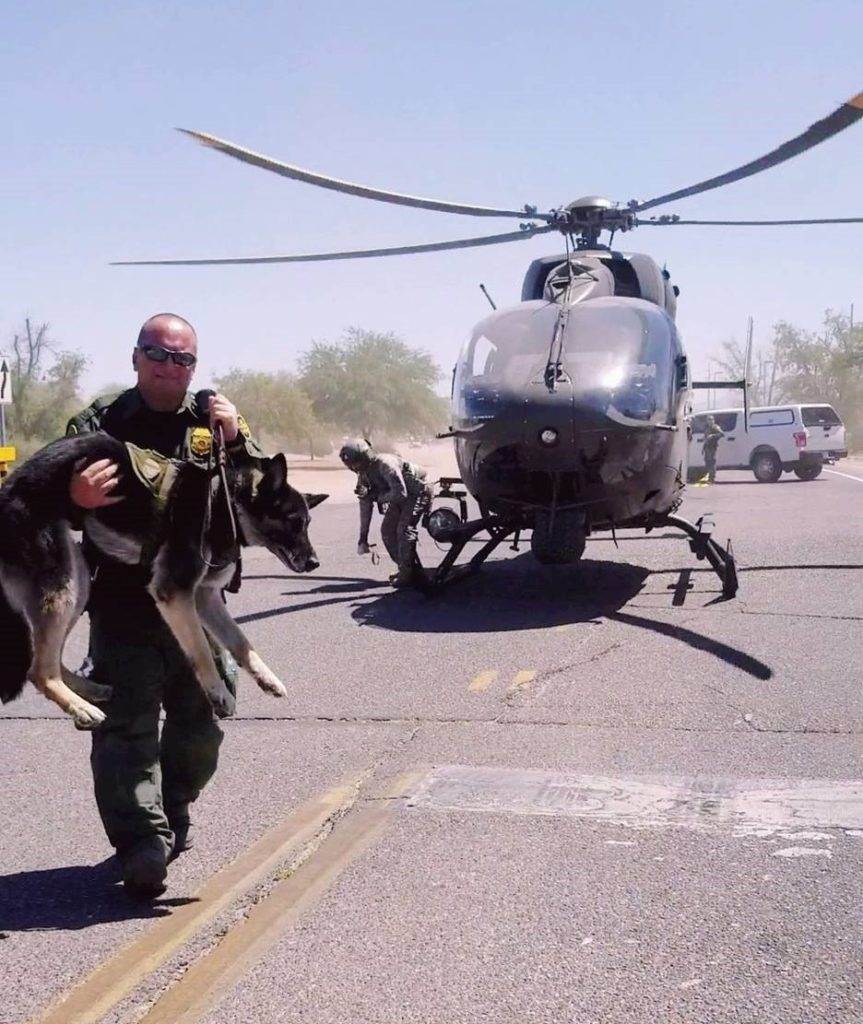 A Border Patrol K-9 nearly lost his life after the dog became overheated while tracking 11 illegal immigrants in the desert, Breitbart Texas reported in July. After attempts to cool the K-9 agent on the ground failed, a National Guard aircrew responded and provided life-saving transportation of the service dog to a veterinary hospital where a doctor was able to save his life.

“This is a harsh reminder the desert is unforgiving and could claim the life or adversely affect the health of humans and animals,” Border Patrol officials stated. “Tucson Sector Border Patrol is grateful Operation Guardian Support personnel were available to save the canine’s life.” 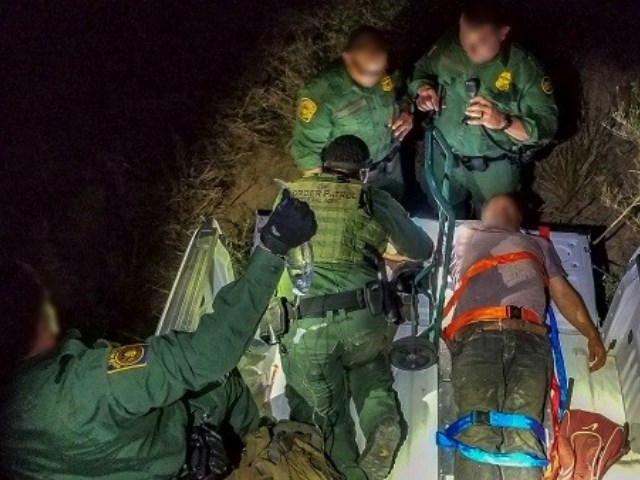 Later in July, National Guard aircrews operating in Texas assisted in the search for two migrants who were abandoned and left to die by their human smugglers. The aircrew carried out a search operation for the two men reported to be in distress and quickly found the woman who reported their situation. She guided Border Patrol agents to the scene where they found her traveling companion who was suffering from heat-related illness. The agents rescued the woman but the man could not be revived and died from exposure and dehydration.

In May, Guardsmen assisted a Laredo Sector Border Patrol team in searching for a man who had been abandoned by human smugglers for two days without food or water. The aircrew quickly found the distressed illegal immigrant and guided BORSTAR agents trained in emergency medicine to the scene. The agents provided medical assistance and saved the dehydrated man’s life. 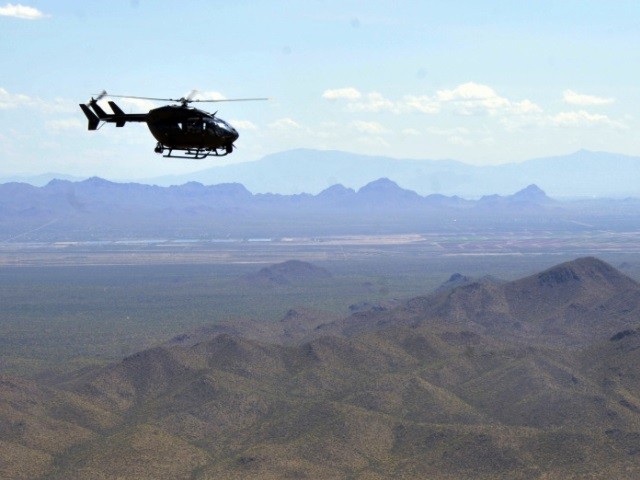