Border Patrol agents assigned to the Laredo Sector rescued a group of Bangladeshi nationals after they nearly drowned in the Rio Grande. The sector led the nation in Fiscal Year 2018 for the apprehension of Bangladeshi migrants.

Marine agents working river patrol observed a group of migrants in the Rio Grande River on the evening of October 29. The agents observed the four migrants were having difficulty staying afloat in the current, according to Laredo Sector Border Patrol officials. 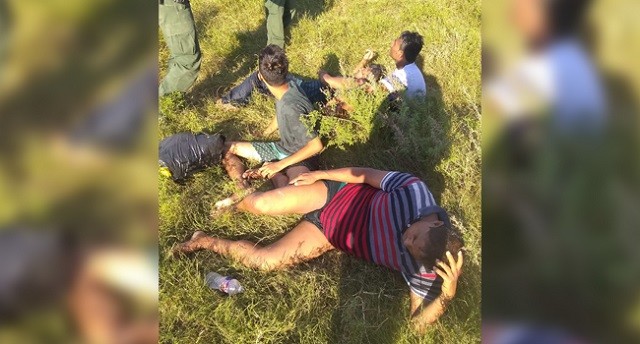 The agents carefully approached the group and noticed two of the men disappear under the surface. Officials said the agents quickly responded and grabbed the two men from the water and pulled them onto the boat.

Agents then pulled the two remaining migrants into the boat and transported all four to the shoreline where ground-based agents waited.

Medically trained Border Patrol agents evaluated the four migrants and determined they did not require any additional assistance.

During the immigration interview, agents learned the four men are Bangladeshi nationals who were being smuggled into the U.S. The agents transported the  men to the Laredo South Station for processing.

Since the beginning of Fiscal Year 2019, Laredo Sector apprehended 75 Bangladeshi nationals, Laredo Sector officials told Breitbart News in response to an inquiry. This is more than 10 percent of the total arrested during FY2018.

During FY2018, which ended on September 30, Laredo Sector agents apprehended 668 Bangladeshi migrants — an increase of nearly 270 percent over the previous year’s total. The sector led the nation in the apprehension of these migrants who paid up to $27,000 each to be moved into the U.S. by cartel-connected human smugglers.

“In Fiscal Year 2018, Laredo Sector Border Patrol experienced an unprecedented increase in the apprehension of nationals from the country of Bangladesh,” Laredo Sector Chief Patrol Agent Felix Chavez told Breitbart News earlier this month. “The almost 300% increase in arrests of Bangladeshi nationals over the previous fiscal year highlights the hard work and vigilance of the men and women of the U.S. Border Patrol. We will continue to work with our federal and international partners to share information to stop the flow of those who seek to unlawfully circumvent our nation’s immigration policies.”

Hundreds of miles of open river border in South and Central Texas make the area a prime human smuggling corridor for Mexican cartels who charge the Bangladeshi nationals for passage into the U.S.

Bob Price serves as associate editor and senior political news contributor for Breitbart Border/Cartel Chronicles. He is a founding member of the Breitbart Texas team. Follow him on Twitter @BobPriceBBTX, and Facebook.