Sheriff’s deputies in a small county located about 80 miles from the Texas-Mexico border recovered the badly decomposing bodies of two migrants who died while being smuggled around an immigration checkpoint.

Brooks County Sheriff’s Office deputies were once again faced with the gruesome task of recovering the bodies of two migrants who were abandoned by human smugglers as they attempted to circumvent the Falfurrias Border Patrol checkpoint. The two bodies were found northwest of the checkpoint in areas known for human smuggling.

“These smugglers have no regard for human life,” Brooks County Sheriff Benny Martinez told Breitbart News. “When one of their ‘cargo’ cannot keep up, or become weak or injured, the smugglers simply leave them behind to die an agonizing death.”

On the morning of April 10, Deputy Bianca Mora received a call that a body had been found on a ranch located on County Road 401. This is an area just southwest of the town of Falfurrias, northwest of the Border Patrol checkpoint. It is a known pickup area for smugglers to retrieve the migrants who successfully circumvented the checkpoint on a march that can last for days. 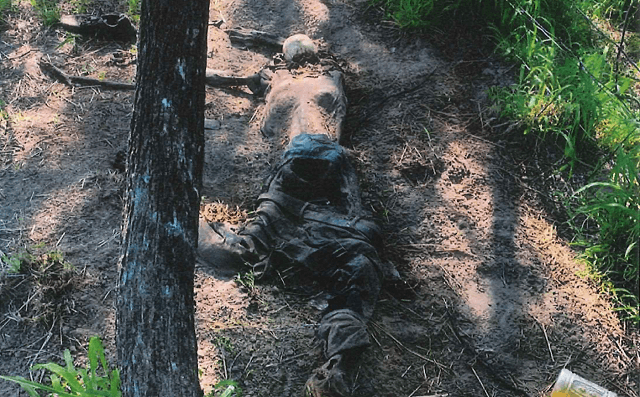 Upon arrival, the deputy met with Border Patrol agents to escort her to the crime scene. As she approached the area, Deputy Mora observed the badly decomposing body lying face down in the sand with his arms stretched out, according to documents provided to Breitbart News by the Brooks County Sheriff’s Office. The migrant was less than a mile from reaching the road where he would have been picked up.

The man appeared to have been dead for only a few days before being discovered. 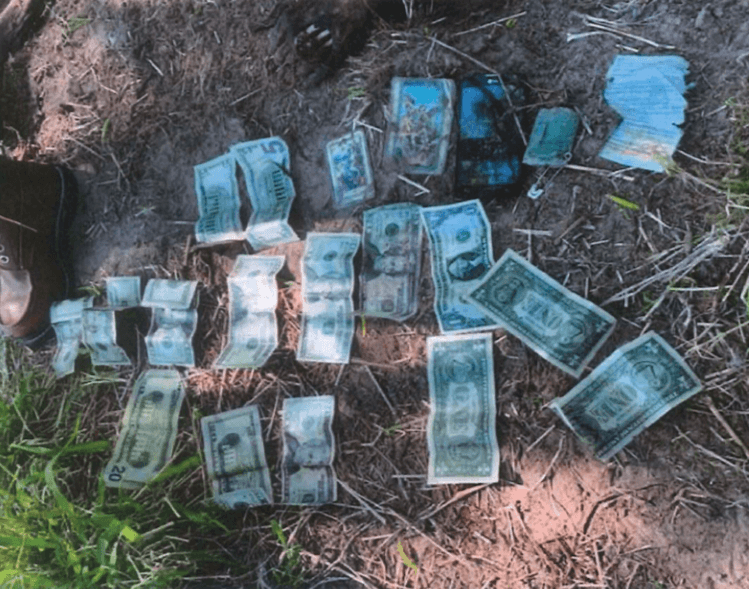 Deputy Mora said the victim was wearing jeans, a belt, blue underwear, and a beaded bracelet. He had $194 and a cell phone in his possession. The deputy did not find any identification with the body. Caretakers with the Howard Williams Funeral Home took possession of the body after a justice of the peace made the statutory declaration of death. The funeral home will transport the body to the Webb County Medical Examiner’s Office where an attempt will be made to identify the body and determine the cause of death.

A few hours later, Deputy Mora again received information about another body discovered on a ranch just a few miles south of the first recovery. The deputy arrived at the ranch located on County Road 111 and traveled about three miles into the ranch where the body had been found.

Mora found the deceased man lying face up, again with his arms spread out. 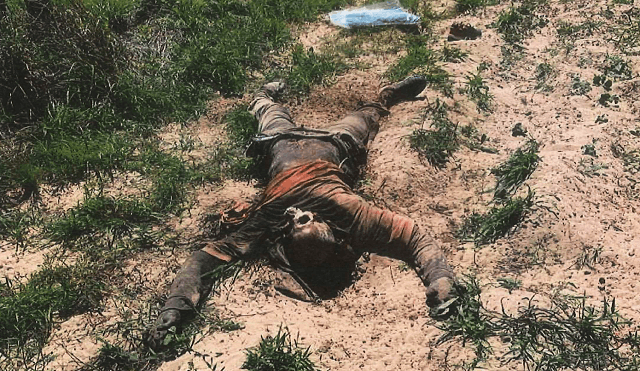 She described the deceased man as wearing an orange shirt, a black hoodie, tan jeans, red and white shoes, and a black belt. She also found a wallet containing about $50 pesos and a Honduran identification card. The card belonged to a 21-year-old Rudy Donaldo Martinez Arias.

The justice of the peace made the statutory death declaration and the funeral home transported the deceased to the Webb County Medical Examiner’s Office in Laredo, Texas.

“Both of these deaths could be avoided if the federal government would quit pointing fingers at each other and secure the border and fix the immigration laws that are attracting these people to the border in record numbers,” Sheriff Martinez said. “Human smuggling now represents a huge cash windfall for the Mexican drug cartels and we are creating the circumstances that are fueling the current crisis.”

“The two dead migrants found this week are the seventh and eighth we have found in Brooks County so far this year,” the sheriff said. “The fact that the number is not much higher at this point is a testament to the hard work being done by Border Patrol agents and our deputies to try and stop the drop-off of migrants in the southern part of our county and find the ones who are being smuggled around the checkpoint.”

“In these two cases, you have people who died because their smugglers would not call for assistance,” he explained. “They simply leave the dying men behind to die so they can deliver the rest of their ‘human cargo’ to their final destination.”

Martinez’s deputies recovered the remains of 50 migrants last year and 641 over the past eleven years. News of the 50th body was released after the article referenced in the previous sentence was published.

The international organization of Migrants’ Missing Migrant Project reports that at least 60 migrants died this year while, or shortly after illegally crossing the Mexican border into the U.S. That number appears to be rising quickly over the past few weeks and is expected to continue rising as the heat of summer meets up with the massive numbers of migrants being smuggled across the border.