U.S. Customs and Border Protection (CBP) officers and Border Patrol agents teamed up to rescue nearly 5,000 migrants during Fiscal Year 2019. These rescues saved the lives of thousands who were abused at the hands of cartel-connected human smugglers.

During Fiscal Year 2019, which ended on September 30, CBP officers and Border Patrol agents combined their efforts to affect the rescue of at least 4,900 migrants, CBP Acting Commissioner Mark Morgan told reporters earlier this week. The agency rescued the migrants from the “risk of drowning in the rivers and canals and dying in the desert or in an abandoned locked tractor-trailer.” 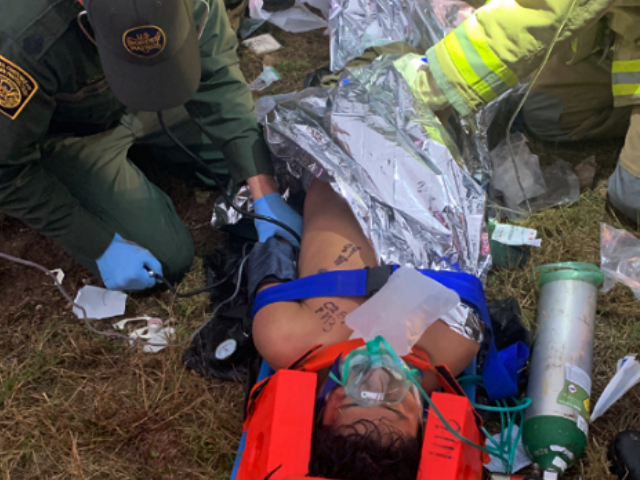 Laredo Sector Border Patrol agents provide medical assistance to an illegal alien who was struck by a truck while attempting to circumvent an immigration checkpoint. (Photo: U.S. Border Patrol/Laredo Sector)

Rescues have been on the rise for several years. The 4,911 cases during FY2019 is up by 15 percent over the previous year’s total. That number was up from 3,400 the year before.

“What these men and women saw was a human being in need of help and in distress and they immediately went into action 4,900 times and they risked their own lives to save these individuals.”

“How many times is that reported in the media?” the commissioner asked the gathered reporters. “This is who they (CBP and Border Patrol) are. This is their character. And this is what they do no matter what you hear come members of Congress say or the media say about their character.”

Deputy CBP Commissioner Robert Perez introduced a Border Patrol agent who exemplified the words of Commissioner Morgan. “Last week, right here in El Paso, Border Patrol Agent Luke Golike received the Law Enforcement Congressional Medal of Bravery,” Perez stated. “He went above and beyond to save an individual from dangerous waters along the American side of the canal.”

CBP Air and Marine Operations (AMO) aircrews carried out 136 if these rescues, resulting in the saving of 377 lives, according to information provided to Breitbart Texas by AMO officials.

Most recently, a CBP AMO aircrew patrolling near the Arizona border saved the life of a Honduran woman who became lost in the desert after being abandoned by human smugglers, Breitbart Texas reported. 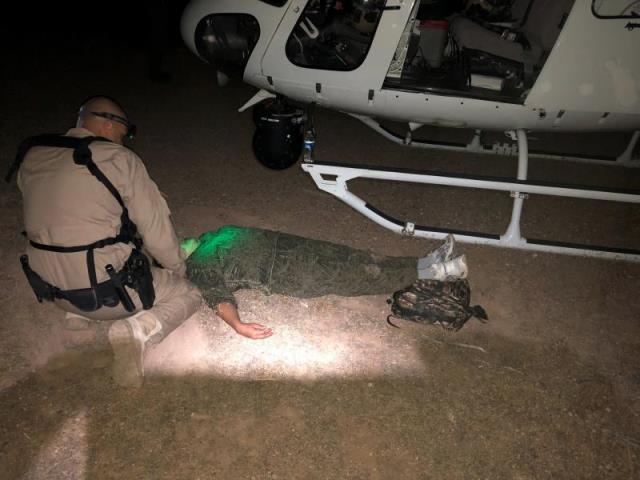 A Yuma Sector AMO aircrew patrolling the Arizona border with Mexico spotted a signal fire about 19 miles southwest of Ajo, Arizona on October 22. The aircrew landed the helicopter near the fire’s location and discovered a migrant woman alone in the desert. The woman collapsed and lost consciousness just after the aircrew landed, according to information received from Yuma Sector officials. A Border Patrol agent trained in emergency medicine working alongside the aircrew provided medical care while waiting for a local ambulance service to arrive. 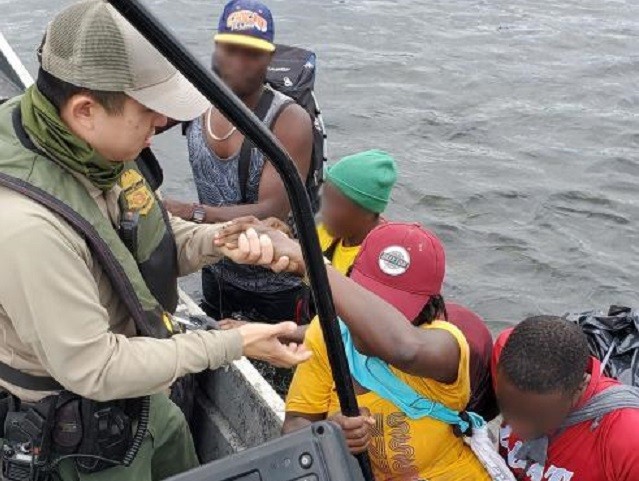 Earlier this week, Del Rio Sector Border Patrol agents rescued a Mexican woman and her three-year-old daughter after the strong currents of the Rio Grande swept them away during an illegal border crossing. Agents said the family immediately became distressed as the currents pulled them downstream out of control. The agents responded to the danger the woman placed her child in and quickly pulled the mother and child to the riverbank.

“Every day, these agents and officers and all our support personnel put their well being and their needs behind those of whom they serve,” Deputy Commissioner Perez concluded. “These CBP professionals absolutely epitomize our core values of service, vigilance, and integrity every day. They do put honor first in everything that they do every day. The commissioner and I could not be prouder of these heroes.”