A group of mostly Honduran caravan migrants began throwing rocks at Mexican security forces as they attempted to illegally cross the border from Guatemala on Monday. 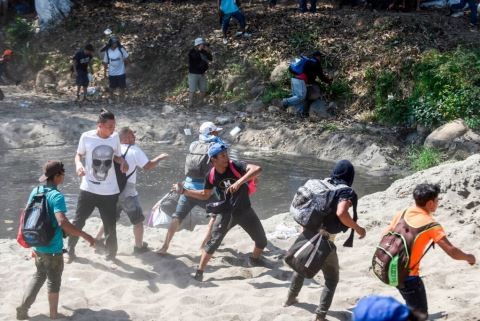 A Central American migrant – part of a caravan of mostly Hondurans traveling to the US- throws a stone to members of Mexico’s National Guard after crossing the Suichate River, the natural border between Tecun Uman in Guatemala and Ciudad Hidalgo in Mexico, the AFP reported on January 20. (Photo by JOHAN ORDONEZ/AFP via Getty Images)

After crossing the Suchiate River, some of the migrants making their way from Honduras to the United States began throwing rocks at Mexican National Guard troops assigned to stop the illegal border crossings, according to a report by the Associated Press. The apparent assaults came as Mexican authorities attempted to control the flow of migrants. 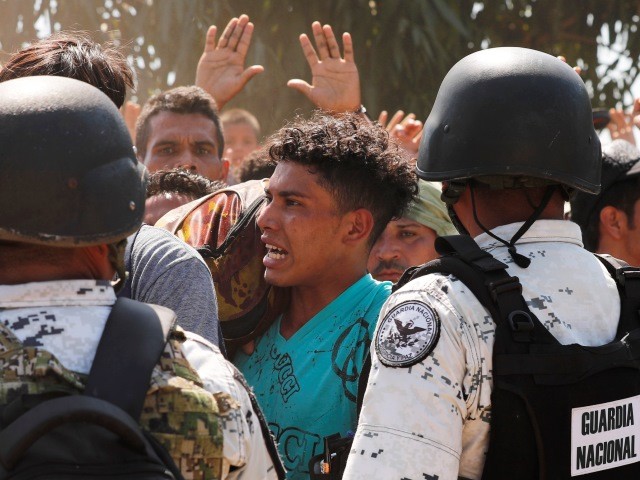 Central American migrants who crossed the Suchiate River from Guatemala to Mexico are stopped by Mexican National Guard on the riverbank near Ciudad Hidalgo, Mexico, Monday, Jan. 20, 2020. Hundreds of Central American migrants hoping to reach the United States marooned in Guatemala crossed en masse through a river leading to Mexico in an attempt to convince authorities there to allow them passage through the country. (AP Photo/Marco Ugarte) 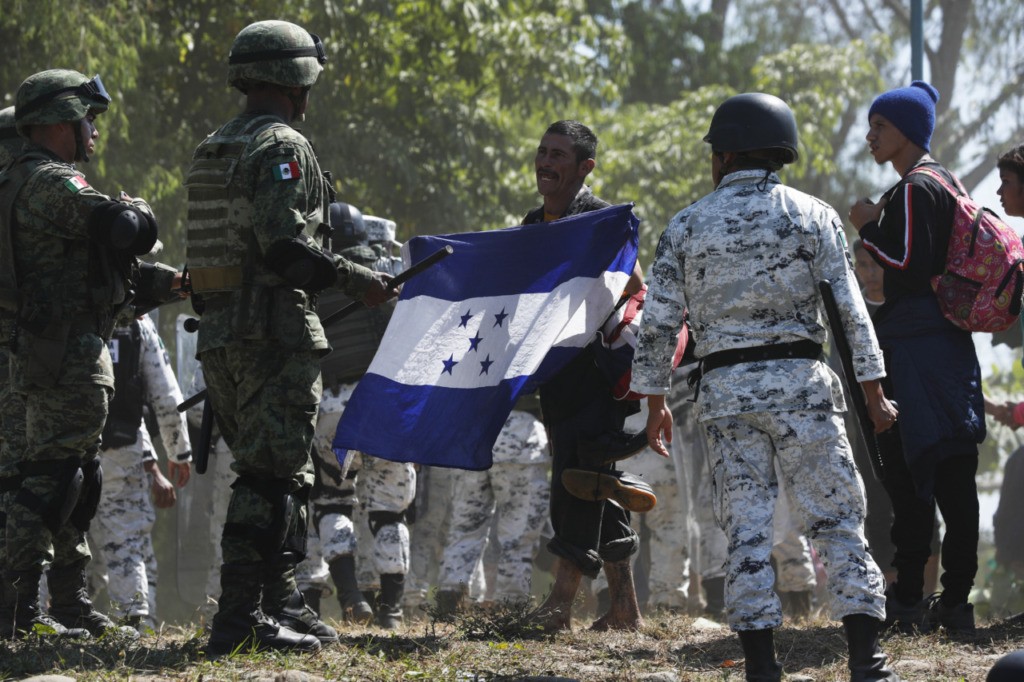 A Central American migrant holding a Honduran flag approaches Mexican security forces on the banks of the Suchiate River after a group of migrants crossed the river from Guatemala into Mexico near Ciudad Hidalgo, Mexico, Monday, Jan. 20, 2020.(AP Photo/Marco Ugarte)

Mexico told the migrant they were free to enter Mexico as long as they registered and applied for work in southern Mexico. The Mexican government repeated its position that the migrants would not be given free passage to the United States. 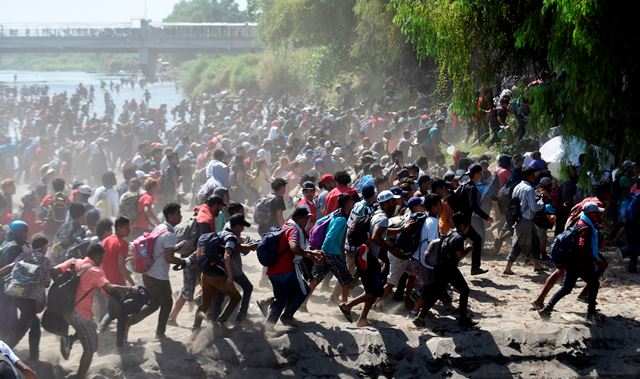 Hundreds of Central Americans from a new migrant caravan tried to enter Mexico by force Monday by crossing the river that divides the country from Guatemala, prompting the National Guard to fire tear gas, an AFP correspondent said. (Photo by JOHAN ORDONEZ/AFP via Getty Images)

The AP reported that some of the migrants hit National Guardsmen with large rocks. Guardsmen carrying plastic shields, long staffs, and rifles pushed back as they attempted to gain control of the hundreds of migrants illegally crossing into their country.

VIDEO: I shot this of yesterday’s clash btwn Mexico’s National Guard and migrants who forded the border river. Many women and children caught in the rock-throwing that went both ways. Migrants reportedly slept on the riverbank and returned to Guatemala today. #MigrantCaravan pic.twitter.com/MzxocORa8G

Mexican officials reported about 500 illegal crossings along its southern border, Breitbart Texas reported. Authorities detained 402 of the migrants and moved them to immigration shelters where they could face removal by air to Honduras. 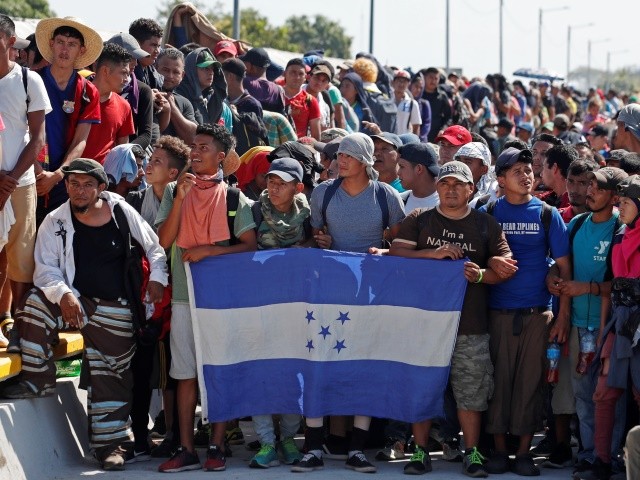 Officials report an additional 58 fled into the brush. Authorities initiated a search to attempt to round up the migrants.

ldefonso Ortiz is an award-winning journalist with Breitbart Texas. He co-founded Breitbart Texas’ Cartel Chronicles project with Brandon Darby and senior Breitbart management. You can follow him on Twitter and on Facebook. He can be contacted at Iortiz@breitbart.com.