The incident occurred in the early morning hours of Tuesday in Valle de San Bernabe area when Fuerza Civil officers Diego Hernández Ameca, 29, Ernesto Alonso Cruz Pérez,34, and two other men reportedly barged into a store to demand a protection fee. The officers were out of uniform and off duty at the time.

Neighbors claim they could hear screams of “kill them all” and “throw them in the trunk” as they began to gather toward the extortion victim. Details of the reported mobbing remain unclear, however, approximately 30 barged into the store and began to thwart the two cops and their accomplices. 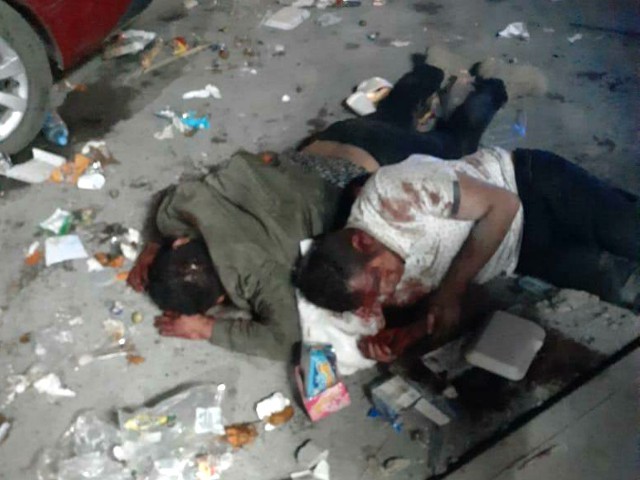 The locals brutally beat the cops until uniform Nuevo Leon Fuerza Civil officers rushed to the scene. Paramedics took the wounded officers to the ISSTELEON, a government-owned hospital for state employees.

Authorities charged the two officers and their associates–Cesar Monsivais Morales and Gilberto Delgado Morales–with one count each of making threats, extortion, and attempted kidnapping.

Editor’s Note: Breitbart Texas traveled to the Mexican States of Tamaulipas, Coahuila, and Nuevo León to recruit citizen journalists willing to risk their lives and expose the cartels silencing their communities.  The writers would face certain death at the hands of the various cartels that operate in those areas including the Gulf Cartel and Los Zetas if a pseudonym were not used. Breitbart Texas’ Cartel Chronicles are published in both English and in their original Spanish. This article was written Tony Aranda from Nuevo Leon.