A group of cartel gunmen stormed a video game parlor and shot several patrons, including children. Eight victims died in what authorities are confirming is part of a turf war. 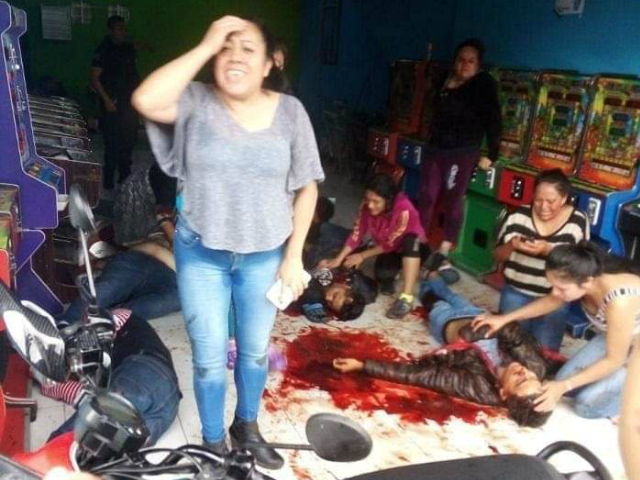 Information released to Breitbart Texas by the Michoacán government revealed that a group of at least four gunmen arrived at the parlor in the Magdalena neighborhood asking for “El Ruso” and “El Pelon,” two alleged members of Los Viagras Cartel. The two men walked out of the store and began exchanging gunfire with the four intruders. Ruso and Pelon eventually retreated back into the shop, causing the attackers to direct their automatic rifles near innocent bystanders as well.

After the attack, the gunmen fled the scene as neighbors rushed to help and call authorities. Video captured in the aftermath records the moment when a woman screams for help after finding that her underage son was among the carnage.

Michoacán authorities revealed to Breitbart Texas the attack is believed to be part of an ongoing turf war between Los Viagras and Mexico’s Cartel Jalisco Nueva Generacion (CJNG). Those two cartels have been waging a fierce territorial dispute for control of drug production and smuggling routes.