The director of a Mexican government clinic on the front lines of fighting the novel coronavirus (COVID-19) in the border state of Coahuila died after becoming infected. The doctor is the third high-ranking Mexican health official to die after contracting the virus.

This week, Dr. Roberto Frias Arneros, the head of the Mexican Social Security (IMSS) #86 Clinic in Monclova, Coahuila, died in after fighting the virus for several weeks. The most current information points to six IMSS workers — five doctors and one social worker — dying from coronavirus complications in the region. Monclova is one of the largest municipalities in the border state of Coahuila, it is located 140 miles south of the border city of Piedras Negras and 120 miles west of the Monterrey Metropolitan area. 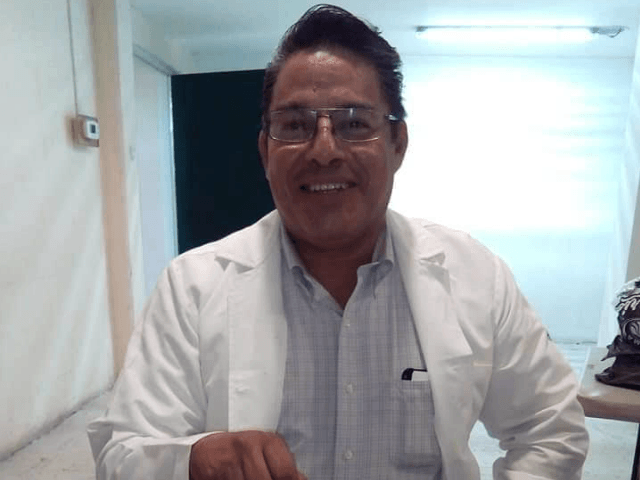 Frias worked at the clinic tending patients in a general fashion in the early stages of the pandemic and went into house isolation after testing positive for COVID-19 on April 5. Family friends revealed to Breitbart Texas that the doctor worked in family practice at the clinic and that is believed to be where he contracted the coronavirus. Ten days later, health officials confirmed that Frias went into the intensive care unit of the IMSS Clinic #7.

The clinic where Frias died is the same clinic that Mexican health officials temporarily shut down in early April and fully sanitize the facility after more than a dozen hospital workers and doctors became infected in a case of mass contagion in Monclova, Breitbart Texas reported. That case of mass contagion led to 32 infections. |

Family friends told Breitbart Texas that Frias’ three sons and wife, who is a nurse, have shown symptoms of COVID-19. They said Mexico’s IMSS has refused to test them.

Editor’s Note: Breitbart Texas traveled to the Mexican States of Tamaulipas, Coahuila, and Nuevo León to recruit citizen journalists willing to risk their lives and expose the cartels silencing their communities.  The writers would face certain death at the hands of the various cartels that operate in those areas including the Gulf Cartel and Los Zetas if a pseudonym were not used. Breitbart Texas’ Cartel Chronicles are published in both English and in their original Spanish. This article was written by “C.E. Herrera” from Coahuila.