The number of migrants rescued in the Laredo Sector jumped 57 percent this fiscal year despite the lower overall number of illegal border crossings due to Coronavirus fears and policies.

Laredo Sector Chief Patrol Agent Felix Chavez told Breitbart Texas his agents are conducting more rescues this year over last year during the same period. The chief said rescues are up 57 percent over the same period in FY 2019 despite a lower number of border crossings.

“We have carried out more than 1,400 rescues during this fiscal year (which began October 1, 2019),” Chief Chavez told Breitbart Texas. “Illegal border crossings are down, deaths are down, but rescues are up.”

The chief said the rescues include migrants from the Rio Grande and arid ranchlands many miles inland. He said it also includes migrants rescued from tractor-trailers and human smuggling stash houses. 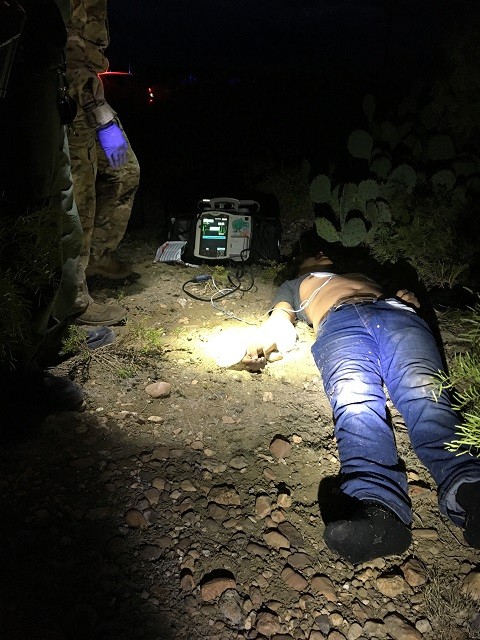 “All of this comes as our agents face the dangers of the Coronavirus,” he explained. “As first responders, our agents have to make physical contact with people during rescues and while making apprehensions. The bravery and courage they display in carrying out their jobs impresses me every day.”

“They have no respect for human life,” the chief said, “even during the COVID-19 pandemic. To them, these people are nothing more than human cargo.”

Smugglers frequently pack migrants into crowded stash houses, tractor-trailers, and the trunks of cars. They also force march the migrants through the dangerously arid ranch lands inland from the border when they die every year by the dozens.

#USBP Laredo Sector agents assigned to our Sector checkpoint on I-35 continue to keep our country safe amid COVID-19 pandemic! #BorderSecurity https://t.co/0hFJYT5ZYY

As an example, Laredo Sector agents assigned to the Freer Station attempted to stop a blue dump truck as it approached the U.S. Highway 59 Immigration Checkpoint. The driver failed to yield and veered off the roadway, through a fence, and onto a ranch that borders the checkpoint. As the truck came to a stop, agents apprehended 30 migrants from Ecuador and Mexico who were all illegally present in the U.S. 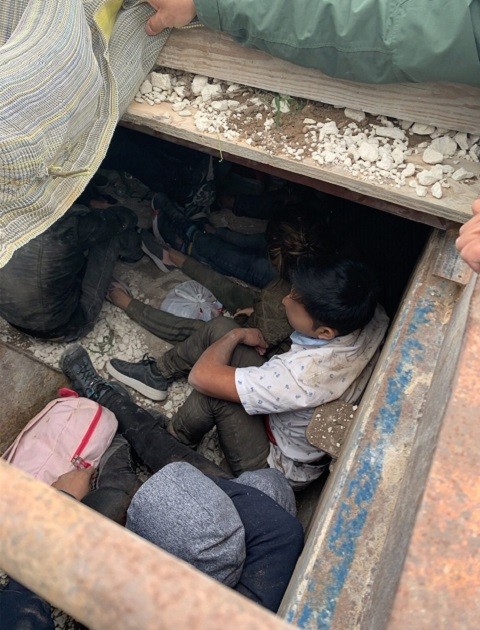 Laredo Sector Border Patrol officials put together a public service announcement discussing the dangers migrants encounter during the human smuggling process. The PSA is published here in English and Spanish:

The Trump Administration initiated a major policy change regarding migrants illegally crossing the border during the pandemic. Under Title 42 authority, nearly all migrants from the Northern Triangle countries of Guatemala, Honduras, and El Salvador, and those from Mexico face expedited removal to Mexico, the chief stated. This includes family units and unaccompanied minors.

Since the implementation of the new protection policy official leaders say, “We made front-line border security operations a top priority. We now have much more situational awareness along the border.”

Chavez said they have two Border Patrol agents who contracted COVID-19. However, both of those cases involved employees contracting the virus from their family. No agents in the Laredo Sector have contracted the virus in the line of duty, he said.”

Chavez concluded the interview with additional concerns about safety along the border.

“We are inches away from the heat of summer,” he explained. “Crossing the river here is very dangerous as the lake continues to release water creating deadly currents. The desert-like ranches in this sector are dangerous and present a great risk for injury or death to the migrants being smuggled around checkpoints. Then, add the dangers of COVID-19 on top of all of that.”

“The Title 42 authority has been a great tool that is being utilized in this sector very responsibly,” the chief concluded. “It contributes greatly to the safety and security of the border. It is a much-needed authority we can use to return Northern Triangle and Mexican migrants back across the border.”