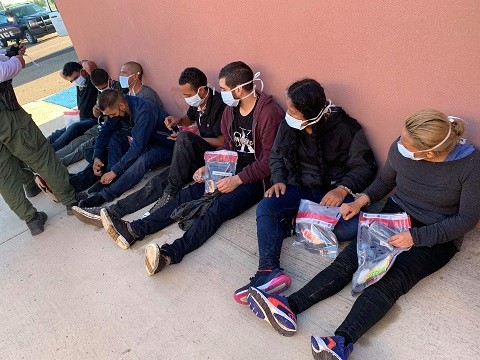 The agents called for assistance from the La Joya Police Department and began a search of the area. The search led to the apprehension of the driver of the truck, a U.S. citizen, and nine migrants from El Salvador, Honduras, and Mexico, officials stated.

A short time later, Weslaco Station Border Patrol agents received information about suspected illegal activity south of the border town of Alamo, Texas. The agents witnessed a Chevrolet sedan speeding away from the scene. The agents attempted to stop the vehicle, but the driver refused to yield and led the agents on a high-speed pursuit.

At some point during the pursuit, the driver pulled to the side of the road and let the passengers out. Alamo Police Department officers joined in the pursuit and followed the fleeing driver until he lost control of the vehicle and rolled over crashing into a chain-link fence. Police officers arrested the U.S. citizen driver. 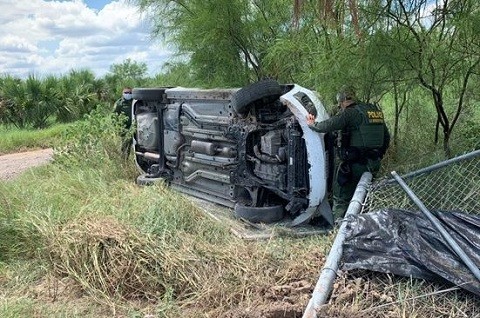 Border Patrol agents returned to the dropoff location and began a search of the area and found seven illegal aliens. The agents arrested the migrants and transported them to a rally point for processing.

The driver of the Lincoln refused to yield, officials reported. After a short pursuit, the driver pulled over and several people fled into the brush. The agents searched the area and found eight illegal aliens and the U.S. citizen driver.

“Even with the spread of the COVID-19 virus, human smugglers continue to try these brazen attempts with zero regard for the lives they endanger nor to the health of the citizens of our great nation,” officials said in a written statement. “The U.S. Border Patrol agents of the Rio Grande Valley Sector will continue to safeguard the nation and community against these criminal elements.”