The woman arrested in connection to the recent ricin letter attacks on President Donald Trump also sent poisonous mail to a Texas border county sheriff and three detention officers, officials claim. Local police records indicate the suspect was arrested in the county for a weapons charge in 2019. 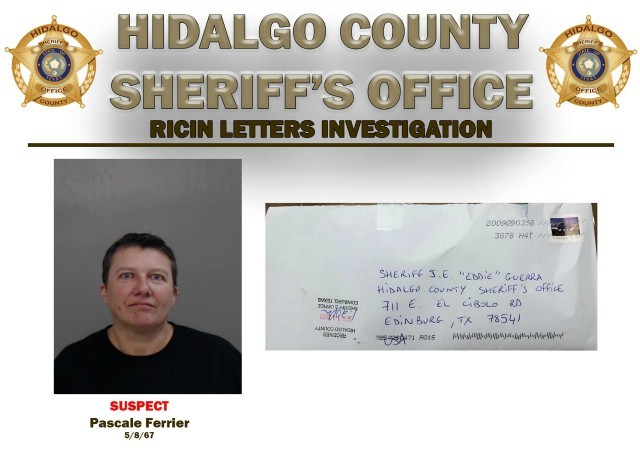 The new information released to Breitbart Texas reveals the letters containing a “suspicious white powdery substance” arrived on September 14 addressed to Guerra and three others. The letters were postmarked on September 9 from Canada.

After discovering the powder, deputies contacted the U.S. Postal Inspector and the FBI who confirmed the powder was indeed ricin.

“They also found the letters contained similar language to the letter sent to the President and included the same signature block “FREE REBEL SPIRIT,” the statement from Sheriff Guerra noted.

According to the sheriff’s office, Pascale Ferrier, the woman linked to the letters sent to the White House, was booked into the Hidalgo County Jail by the Mission Police Department for weapon possession charges and was later “released on May 18, 2019, to immigration authorities.”

According to the sheriff’s office, the FBI was able to match four fingerprints from the letters to Ferrier.