The processing center was constructed to address the recent surge of migrants in the area. It is a soft-sided structure consisting of 96,000 square feet of detention, processing, dining, and recreation space. 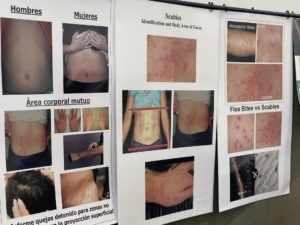 The Border Patrol invited members of the media and general public to tour the new facility which was not yet occupied by migrants. According to a Border Patrol source, the facility will cost taxpayers roughly $6 million per month to operate. 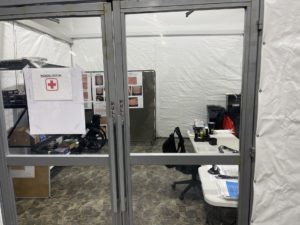 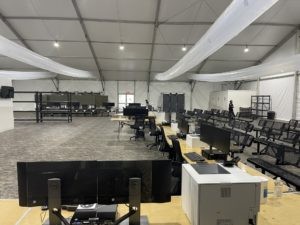 The facility will be staffed by contract employees for medical and food service. Department of Homeland Security volunteers and Customs and Border Protection Office of Field Operations employees will assist in providing care for the detainees at the facilities while Border Patrol performs migrant intake processing. 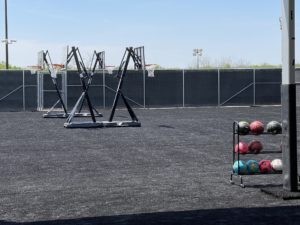 The opening comes as many Border Patrol stations face capacity issues. There are roughly 5,000 unaccompanied children in custody nationally.

Chief Skero told the crowd, “This facility will allow us to accommodate the increased flow of traffic in our area in a safer, more efficient manner and assist us to provide that same environment for our workforce.”

The facility is one of many the Biden Administration has constructed, re-opened, or leased for the purpose of addressing the surge of migrants who crossed the border in record numbers since January.

Health and Human Services (HHS) opened nine facilities during the month of March to accommodate the surge of unaccompanied children. Some of the facilities are hastily repurposed oil field man-camps and convention centers.  The move to increase detention capacity has drawn criticism for issues related to COVID-19 and sanitation.