A political candidate in Mexico is running for mayor even though he is currently listed as a Most Wanted fugitive by the Houston DEA office.

“El Canario” (Canary), Rogelio Portillo Jaramillo is listed as a DEA Most Wanted Fugitive who is “armed and dangerous.” He is wanted out of Houston, Texas, on drug trafficking conspiracy charges. Portillo Jaramillo is a mayoral candidate for the Morena Party in Huetamo, Michoacán. It remains unclear if the political party knew of the charges and if the candidate will be allowed to proceed under its banner in the June 6 elections. 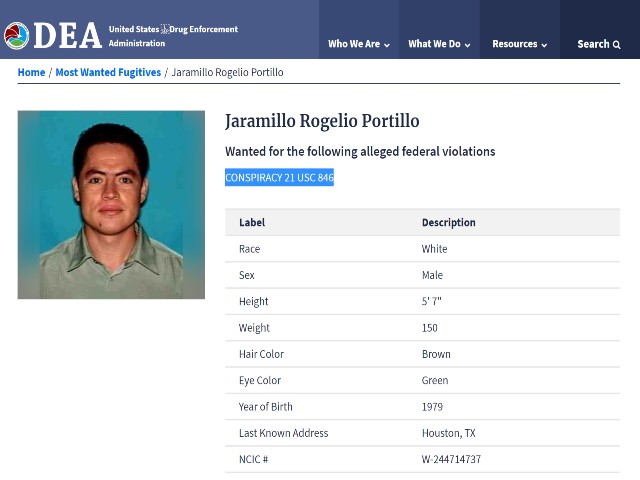 The politician told local news outlets that the information is not true and is an attempt to derail his candidacy. Portillo Jaramillo claimed he personally asked the DEA if he was wanted and was told “no,” Siglo Veinte reported.

Morena is the party founded by current Mexican President Andres Manuel Lopez Obrador, the ruling party of the nation. Since the start of the election cycle, Morena has been shaken by numerous scandals. This week, an elections tribunal in Mexico ordered their gubernatorial candidate in Guerrero be removed after sexual abuse allegations surfaced.