The most violent shootout took place Tuesday morning when gunmen from the Cartel Del Noreste faction of Los Zetas rolled into Miguel Aleman, Tamaulipas, and clashed with members of the Gulf Cartel. While the shootout took place under cover of darkness, by daylight residents reported the discovery of nine bodies strewn along a highway leading into the city. 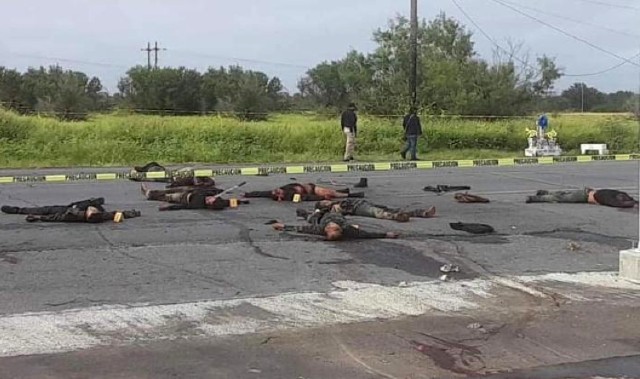 According to local residents, the shooting went on for more than an hour without any interference despite a Mexican Army building less than two miles away from the scene. The lack of military involvement comes as residents and state officials claim Mexican federal authorities are not clashing with gunmen.

On June 19, Gulf Cartel gunmen from the Matamoros faction rolled into Reynosa and killed 15 innocent victims. Military forces and federal authorities did not respond until after the shooting. State police officers to intervene with force.