A Texas non-profit migrant shelter in Del Rio ignored Governor Greg Abbott’s Executive Order prohibiting the ground transportation of migrants released by Customs and Border Protection officers. Shelter staff and volunteers from the Val Verde Border Humanitarian Coalition, which operates out of the Chihuahua Center could be seen on Sunday hastily assisting a large group of mostly Haitian migrants into awaiting vans.

Once loaded, a convoy of vans left the area and waited on a secluded side street for the remaining migrants to fully load into additional vans. Once the migrants had been placed on board the final van, the convoy left the city of Del Rio and drove toward San Antonio, Texas. In all, more than one hundred migrants were quickly loaded into the vans. 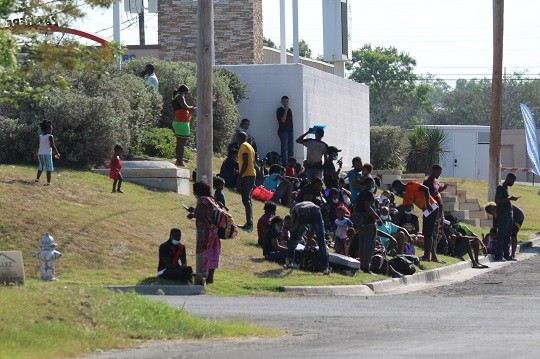 A group of mostly Haitian migrants awaits ground transportation from a non-profit shelter in defiance of a Texas order prohibiting the transport of migrants released by CBP. (Photo: Randy Clark/Breitbart Texas)

The executive order signed by Abbott late last week cites concerns over the potential spread of COVID-19 and specifically prohibits ground transportation of recently released migrants by any private entity. The order exempts federal, state, and local law enforcement from the order. The migrants in Del Rio were hustled into awaiting vans on Veteran’s boulevard near a convenience store. 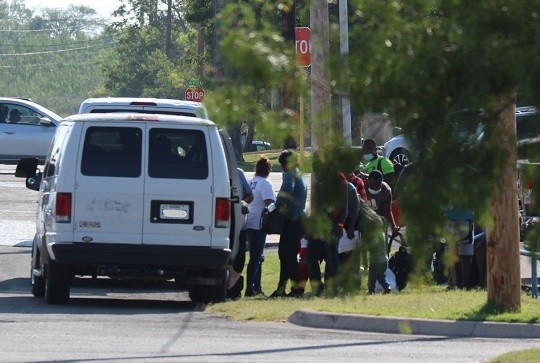 The order directs Texas Department of Public Safety troopers to stop vehicles suspected of transporting released migrants and to re-route the conveyance back to the point of origin. In addition, the vehicle may be impounded by the troopers. 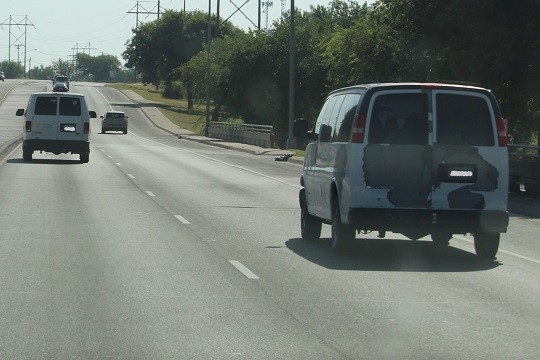 The Border Patrol in Del Rio Sector is struggling with overcrowding at sector facilities as a result of the influx of illegal migrant traffic. As facilities exceeded recommended detention levels, the Border Patrol is forced to release the migrants as quickly as possible.