The Department of Justice confirmed Friday afternoon that it had arrested Florida man Cesar Sayoc in connection with the series of apparent explosive devices mailed to leading Democratic figures all through the past week.

In the runup to a press conference led by U.S. Attorney General Jeff Sessions and FBI Director Christopher Wray, social media users discovered profiles apparently run by Sayoc, featuring clear images that matched his mugshots and violent threats to some of the same politicians to whom he allegedly sent mail bombs.

On these accounts, Sayoc received little if any interaction from people who followed him, yet he was prolific with posts (and reposts) of thousands of photos and memes documenting his life and thoughts. Over the years, he displayed a periodic fixation with gory images and conspiracy theories, and in 2018, his Twitter posts directed that fascination for violence toward many public figures who oppose President Donald Trump.

He presented himself as an entrepreneur, sharing what appears to be promotional materials for Florida International University’s Executive MBA program in January. He shared what appears to be a flyer for a gentleman’s club named “Cesar’s Palace” — which does not appear to exist. He presented himself as involved in some business with the Hard Rock Hotel and Casino, fashioning both of his Twitter usernames around the brand.

In addition to his personal Facebook page, Sayoc appeared to run at least two other profiles — though they were curated as personal, not business pages: one for a Minnesota Italian restaurant, “Randazzo’s Minneapolis,” and one for a male dancer service, “Chippen Fellas.” On the latter page, Sayoc appeared to share videos of himself working out — as well as politically-themed links, such as a Smoking Gun story titled “Al Sharpton’s Secret Work As FBI Informant.”

Breitbart News was not able to review Sayoc’s “Liked” pages on his main profile before Facebook deleted it, but his interests aside from politics are clear from his photos. Sayoc would fixate on a particular topic for several dozen uploads before his attention shifted. He was a fan of veterans, Native American culture, Brazil, scantily-clad Brazilian women, bodybuilding, MMA, and soccer.

Update: Per the Associated Press, it appears Sayoc may not have any real claim to Native American heritage. A Seminole tribal spokesman says he is not a member, and a relative says that his parents were Italian and Filipino. Sayoc’s cousin suggests he may have started to identify as Native American after dating a Minnesota woman in 2015 who was a member of a tribe.

Sayoc at times posted many graphic images of gory violence — some from jihadist propaganda. Yet he was strongly opposed to Islamic terrorism. At the same time, he was a 9/11 conspiracy theorist who appeared to ascribe blame to George W. Bush, Dick Cheney, and “Zionist forces” for the “inside job.”

Further, Sayoc appeared to believe in the conspiracy theory of “chemtrails” polluting people’s brains. He posted several memes lamenting America’s historical mistreatment of Native peoples, calling it a greater “genocide” than the Holocaust. He was a diehard supporter of Donald Trump as far back as the Republican presidential primary of 2016, and he accused the Koch brothers of planning to attack his preferred candidate with “plants,” which he illustrated with a low-res photo of two apparently black men wearing KKK hoods.

He posted several photos while attending Trump’s rallies, wearing a MAGA hat at the gym, and holding Trump-Pence signs.

Sayoc’s Facebook presence, while at times disturbing, mostly reveals what appears to be a lonely man trying to prove himself. He would often revisit younger, fitter photos of himself, inserting them into galleries of contemporary male models; take photos posing with younger women in clubs; take photos of food pictures on a computer screen as though they were dishes at his purported restaurant; and take selfies in front of businesses or Florida marinas. Where he seemed happiest was at Trump rallies, posing with other people of color who support the president. 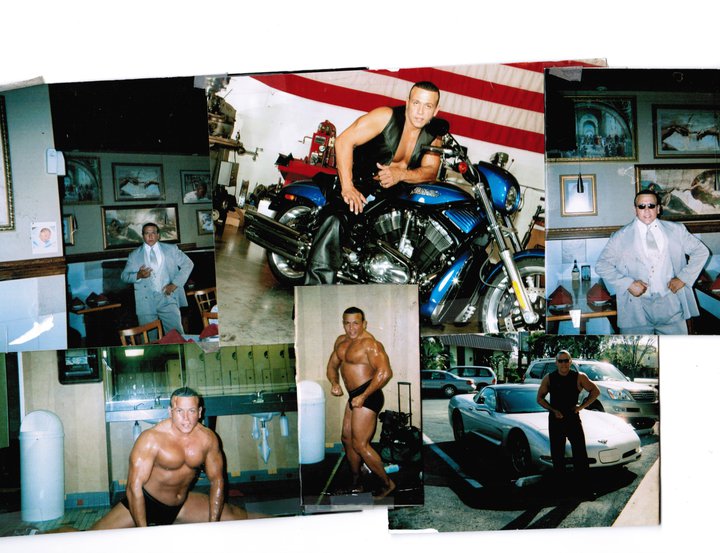 On Sayoc’s apparent Twitter accounts, his darker tendencies went on full display. He would not only indulge conspiracy theories but accuse the president’s political foes of sending “threats” that would be “answered” by “We Unconquered Seminole.”

Sayoc’s Twitter accounts would share a single meme in multiple consecutive posts — as many as eight in a row. He would send similar violent images (crocodiles eating people, fatal snake bites, and a group of men decapitating a goat) to Hollywood figures like Jim Carrey and Ron Howard, Democratic politicians like Joe Biden and the mayor of Portland, OR, and liberal Fox News contributors like Rochelle Ritchie. A constant refrain was “the Everglades,” to insinuate that these individuals’ bodies would “vanish” in the “swamp.”

These violent threats often came in response to harmless political opinions. His interactions with Ron Howard seem to be in response to a TMZ interview where the director called for law enforcement to investigate President Trump’s taxes. Many of Sayoc’s Twitter posts were responses to TMZ’s or Fox News’s feeds.

Some of Sayoc’s attacks contradicted each other, showing inconsistencies in his ideology. He shared several memes accusing George Soros — the first target to receive a bomb package — of controlling left-wing activists and politicians like David Hogg or Andrew Gillum. Yet he also shared an anti-Semitic meme that depicted Soros as controlling former president George W. Bush — pictured lighting a menorah. However, he also shared memes accusing Arnold Schwarzenegger of being a Nazi.

While he appeared to watch and interact with Fox News frequently, Sayoc shared images from many news sources based on whatever topic of figure he was focused on at the moment. He posted articles on the arrest of Hallandale, FL, mayor Joy Cooper from Daily Wire, ZeroHedge, and local news outlets. He posted headlines from The Hill, Breitbart, Politico, and many more publications regarding Andrew Gillum.

Yet this social media presence appears to be a symptom of long-running issues. Sayoc has an extensive criminal record and a troubled financial history predating Trump’s political rise, which Breitbart News has documented in its live coverage of his arrest. His home was foreclosed in 2009 and he filed for bankruptcy in 2012. In 2002, he made a bomb threat vowing an attack that would be “worse than 9/11” — less than one year after the Twin Towers fell. He has been arrested over the years for charges including grand theft, possessing a stolen vehicle, battery, fraud, and tampering with evidence.

Law enforcement has yet to specify a motive in Sayoc’s alleged terror campaign, but AG Sessions told reporters that he “appears to be a partisan.” From these social media profiles and the exclusive targeting of Trump critics, the investigation may find that Sayoc was indeed motivated in part by pro-Trump politics.