A key eyewitness in the police shooting of Jacob Blake on Sunday in Kenosha, Wisconsin, says that police told Blake to “drop the knife,” though he himself did not see Blake carrying a knife at the time.

The eyewitness has been identified by the Associated Press as Raysean White, and as the person who made the original cellphone video of the shooting.

The man who said he made the cellphone video, 22-year-old Raysean White, said he saw Blake scuffling with three officers and heard them yell, “Drop the knife! Drop the knife!” before the gunfire erupted. He said he didn’t see a knife in Blake’s hands.

The governor said he has seen no information to suggest Blake had a knife or other weapon, but that the case is still being investigated by the state Justice Department.

Most news outlets have reported Blake as having been “unarmed,” but that appears to be unknown, and police may have believed he was armed.

Video also emerged Monday of Blake brawling with police officers prior to the shooting.

Kenosha has been engulfed by riots for the past two nights, alongside Black Lives Matter protests. Protests and riots occurred elsewhere throughout the nation. 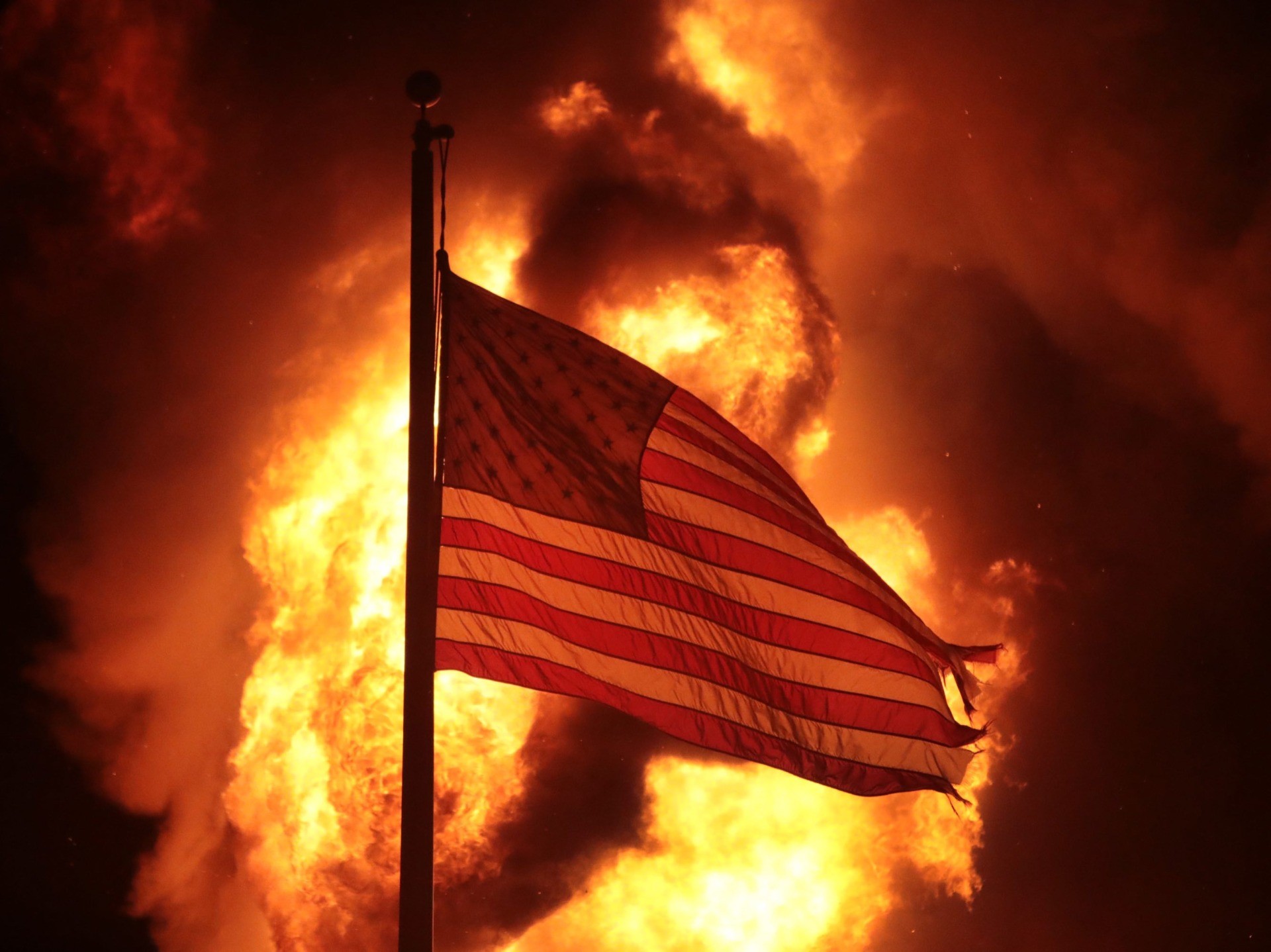 KENOSHA, WISCONSIN – AUGUST 24: A flag flies in front of a department of corrections building after it was set ablaze during a second night of rioting on August 24, 2020 in Kenosha, Wisconsin. Rioting as well as clashes between police and protesters began Sunday night after a police officer shot Jacob Blake 7 times in the back in front of his three children. (Photo by Scott Olson/Getty Images)

Former Vice President Joe Biden condemned the shooting Monday, but said nothing about the riots.