The FBI arrested six named alleged co-conspirators and seven others on Thursday morning for conspiring to kidnap the governor.

Though it did not name a specific political ideology, the FBI’s criminal complaint alleges that the members of the group “talked about creating a society that followed the U.S. Bill of Rights and where they could be self-sufficient.” Two apparently met at a Second Amendment rally.

One member of the group, Brandon Caserta, was seen in an online video in front of an anarchist flag. 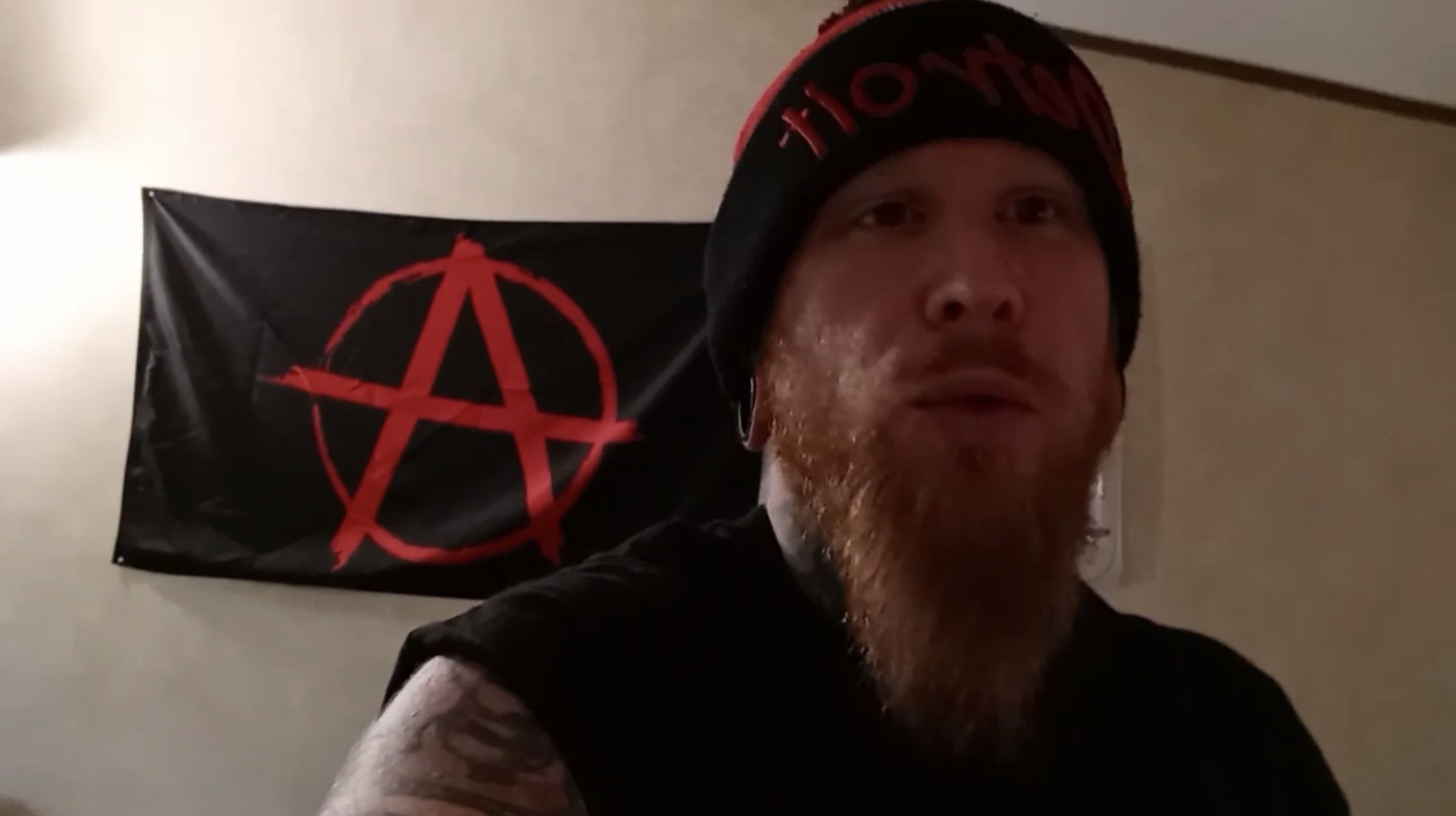 There is no place for hate in America. And both of us have been talking about this for some time, about how white supremacists and these militias area a genuine threat. I want to compliment the FBI and the police agencies for what they did, and how they stepped up. But look –the words of a president matter. Whether they can — you’ve heard me say this before. They can cause a nation to have th market rise or fall, go to war or bring peace, but they can also breathe oxygen into those who are filled with hate and danger, and I just think It’s got to stop. The president has to realize the words he utters matter.

Biden later referenced the Charlottesville “very fine people’ hoax, the false claim that Trump praised neo-Nazis in Charlottesville in 2017 (he had, in fact, said they should be “condemned totally”).

Though Vice President Mike Pence debunked the hoax on national television during a debate with Harris on national television Wednesday evening, Biden linked Charlottesville to Trump’s support for Michigan protesters earlier this year who opposed Whitmer’s draconian coronavirus shutdowns. (Last week, the Michigan Supreme Court struck down the 1945 emergency powers law that Whitmer had been using, ruling that it was unconstitutional.)

Trump said there were “very good people on both sides again,” Biden quipped to reporters in Arizona.

He noted that FBI Director Christopher Wray had recently said that white supremacists were the greatest domestic terror threat.

There is no evidence yet that the group involved in the kidnapping plot had white supremacist ties.

Trump, as Pence pointed out, has repeatedly condemned white supremacism.