A man in Connecticut was shocked that former CNN producer John Griffin reportedly interacted with children while officials investigated him for 17 months for the alleged abuse of a 9-year-old girl, according to Fox News.

The resident, who apparently knows Griffin’s family members, said 44-year-old Griffin and his 46-year-old wife, Allyson, have three children and threw sleepovers and pool parties at their $4 million property in Wilson Point, Connecticut.

“The Griffins have young children, and those young children have friends,” he claimed. “I know someone who is friends with their daughter and went to a pool party at their house last summer, and he [Griffin] was there.”

.@ChrisCuomo says he can get me blessed by #PopeFrancis thanks to my "giant baby head." Let's try it, shall we?? pic.twitter.com/2Eed5dlySF

Griffin and his wife reportedly separated last year but were working on their marriage over the past summer, according to sources who spoke with Fox News.

The man claimed it was known in the community Griffin was a “heavy drinker” and was believed to have been to rehab. 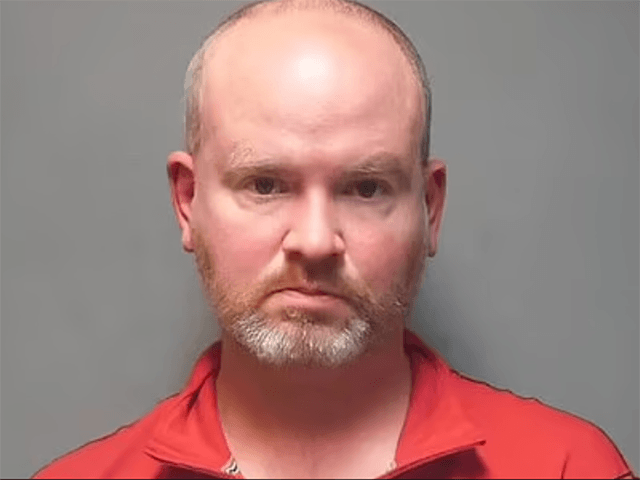 Griffin was charged in Vermont in October 2020 for drunk driving after smashing into another car. (Vermont State Police)

“He was charged in Vermont in October 2020 for driving while under the influence and smashing his vehicle into another car,” the Fox report said.

Griffin was taken into custody on December 10 regarding a federal indictment from Vermont for allegedly soliciting three moms and their minor daughters for instruction in fetish sex.

The U.S. Attorney’s Office District of Vermont detailed the case in a recent press release that read in part:

In June of 2020, Griffin advised a mother of 9- and 13-year-old daughters that the mother’s responsibility was to see that her older daughter was “trained properly.” Griffin later transferred over $3,000 to the mother for plane tickets so the mother and her 9-year-old daughter could fly from Nevada to Boston’s Logan airport. The mother and child flew to Boston in July of 2020, where Griffin picked them up in his Tesla and drove them to his Ludlow house. At the house, the daughter was directed to engage in, and did engage in, unlawful sexual activity.

Officials in Nevada arrested the mother approximately one month later and named Griffin in the complaint against the woman, but he was not charged at that time.

However, federal authorities reportedly waited for about 16 months to arrest Griffin, who reportedly had regular contact with his children and interacted with community members while no one knew he was a suspect in the alleged crimes, sources claimed.

CNN fired Griffin on Monday following his arrest, and a spokesman told Fox News the company did not know about the employee’s alleged misconduct.

“Griffin is currently on his way to Vermont to be arraigned on the sex trafficking indictment that could land him behind bars for up to life,” the Fox article concluded.