An active arrest warrant has been issued for former Tampa Bay Buccaneers wide receiver Antonio Brown, according to the NFL Network’s Cameron Wolfe.

There is an active arrest warrant out for former NFL WR Antonio Brown from Tampa PD for domestic violence battery. pic.twitter.com/RUN0BpXji7

As of the time of this writing, Brown has not been arrested.

According to a report from Steelers Now, Tampa police had filed a risk protection order in Hillsborough County, Florida, on Wednesday, but that request was denied. That request, had it been allowed, would have allowed authorities to restrict Brown’s ability to purchase a firearm for up to a year. The burden of proof for the state is establishing that an individual poses “a significant danger of harming himself/herself or others by possessing a firearm.” 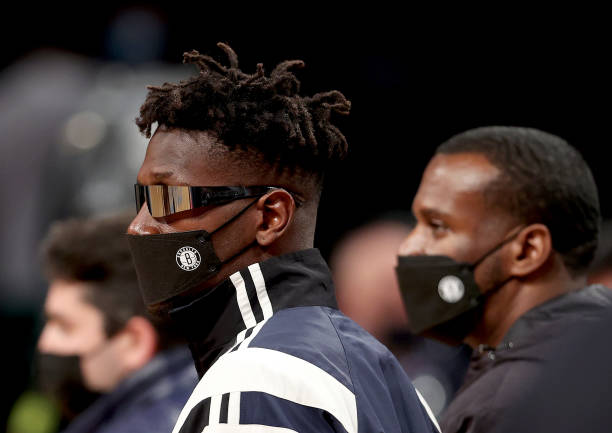 Former Tampa Bay Buccaneers receiver Antonio Brown attends the game between the Brooklyn Nets and the Memphis Grizzlies in the second half at Barclays Center on January 03, 2022, in the Brooklyn borough of New York City. (Elsa/Images)

Just last month, Brown was ordered to pay Anton Tumanov $1.2 million after an alleged assault following a dispute over a delivery.

Brown has not played in the NFL since walking off the field in the middle of a game during the 2021 season.