Michigan’s Democrat Gov. Gretchen Whitmer’s decision to ban most residential construction during the coronavirus shutdown led to a 44 percent decline in Michigan construction jobs and contributed to her state’s second highest in the nation unemployment rate.

Although unemployment rates rose in every state in April, three states stand out in particular: Nevada led the nation at 28.2 percent, followed by Michigan at 22.7, and Hawaii at 22.3.

Michigan’s 22.7 percent jobless rate is the highest the state has registered since at least 1976, when comparable data was first tracked. The state’s previous high was 16.7 percent in December 1982 at the height of the 1980s auto downturn, making April’s numbers worse than the Great Recession of 2009 and likely the worst seen since the Great Depression nearly a century ago. The question is why was Michigan hit so hard in comparison to most of the nation.

Nevada and Hawaii’s outlier jobless numbers are understandable. Both states rely heavily on the travel and tourism industry, which was hammered by the coronavirus pandemic even before government lockdown actions took effect. On March 17, both Hawaii and Nevada’s Democrat governors issued executive orders that shutdown their states’ leading source of revenue. Hawaii Gov. David Ige’s order urged tourists to “stay away” from the Aloha State, and Nevada Gov. Steve Sisolak closed Las Vegas’ casinos, hotels, and entertainment venues.

But Michigan’s economy does not rely on tourism, and although the state is home to the world’s automotive industry, the auto industry alone does not account for the Wolverine State’s outlier April unemployment numbers. The issue appears to be construction jobs, according to ZipRecruiter’s labor economist Julia Pollak.

Construction jobs in Michigan fell by 44 percent in April, as compared to the national average of 13 percent, Pollak noted in a graph posted on social media.

2/ Michigan shut down construction when most states did not. As a result, construction employment fell by 44% (!) there, compared with only 13% nationwide, on average.

3/ The state reopened construction in early May. Let's hope the industry bounces back.

[C]onstruction to maintain and improve roads, bridges, telecommunications infrastructure, and public health infrastructure (such as the creation or expansion of hospitals or other medical facilities to provide or support the provision of necessary care during the emergency). Construction workers may also undertake projects that are necessary to maintain the safety, sanitation, and essential operations of a residence during the emergency, including projects immediately necessary to restore the habitability of a residence.

However, Whitmer’s order clearly stated that “[a]ny non-emergency maintenance or improvements to residences are not permitted.” That distinction effectively shut down a significant portion of Michigan’s construction industry.

“She never closed down major construction like roadwork and large commercial projects during the pandemic,” one Metro Detroit area general contractor told Breitbart News. “So, you had road crews out there doing stuff. You had state construction projects.”

The general contractor found the governor’s distinction between essential and non-essential construction to be arbitrary.

“As a licensed electrician, I would be considered an essential worker if I got called to service someone’s house because they had no power,” the contractor said. “I’m allowed to go service that. But if I wanted to go to a remodeling project, I’m not allowed to do that. Tell me what the difference of the work site is? If I go to someone’s home to fix a power outage or if I go to their home that’s being remodeled, what’s the difference health-wise? And if I am going to a residence that is currently occupied and has someone who is infected living there, isn’t that a greater health risk than if I am going to work on a vacant house that’s being remodeled?”

He feels that it was always possible to keep construction crews safe during the pandemic with face masks and basic social distancing. “When you’re framing something or hanging drywall, you’re not hugging each other. You’re standing within three, four, five, or six feet from each other at any given time. Now obviously, you use some common sense. If you’re not feeling well, you don’t come to work.” 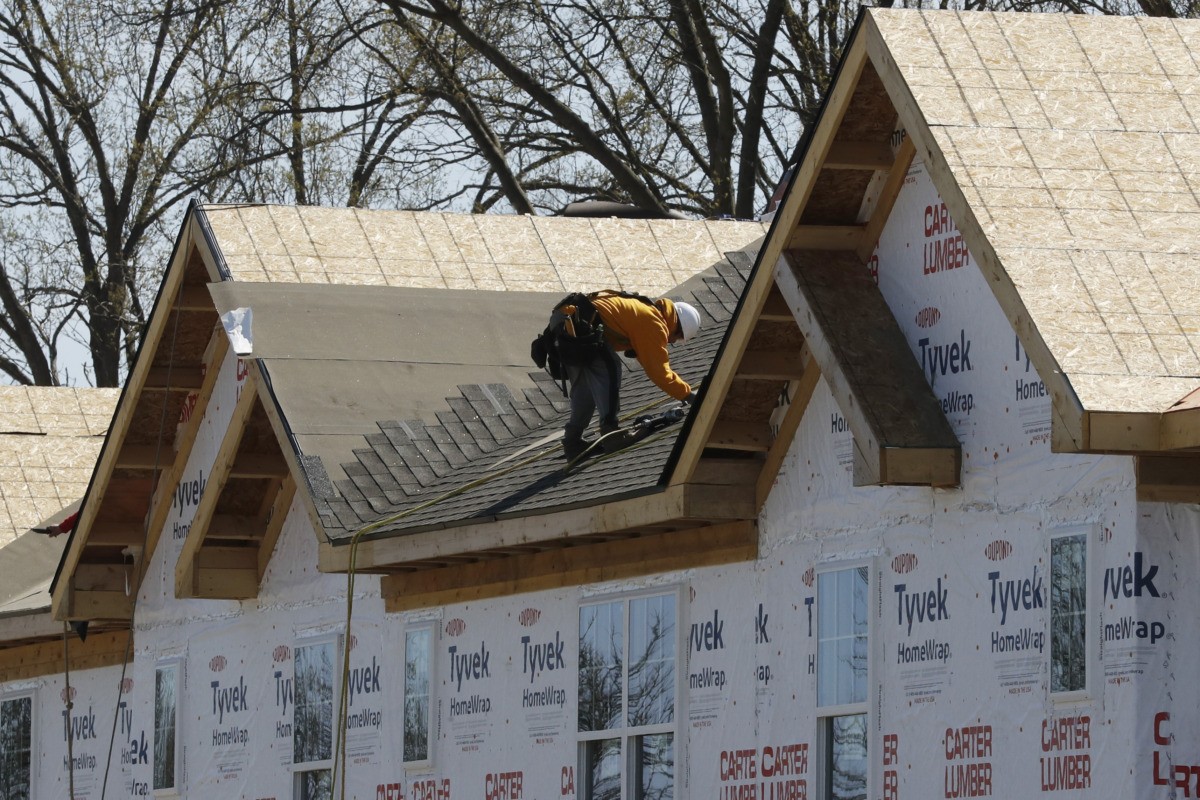 Whitmer is not the only governor to halt residential construction due to the pandemic. New York’s Democrat Gov. Andrew Cuomo’s executive order also shut down “non-essential construction,” with an exception for “emergency construction,” which the order defined as “a project necessary to protect health and safety of the occupants, or to continue a project if it would be unsafe to allow to remain undone, but only to the point that it is safe to suspend work.”

However, Cuomo’s order included a number of broad exemptions for “essential construction projects,” including construction on “roads, bridges, transit facilities, utilities, hospitals or healthcare facilities, homeless shelters, or public or private schools,” as well as work on “affordable housing” and any construction done by “a single worker who is the sole employee/worker on the job site.”

A March 31 article in Curbed New York noted that Cuomo’s order essentially “puts the kibosh on entirely luxury residential and office construction, but still permits work on apartment buildings with a majority of market rate units.” That distinction still permitted a considerable amount of building in a state heavy with more apartment rental construction than single-family housing. According to U.S. Census Bureau data, the state of Michigan issued nearly 36 percent more building permits in 2019 for new single-unit residencies than the state of New York.

It is perhaps understandable that Whitmer and Cuomo took hardline shutdown stances, as both their states are epicenters for the coronavirus pandemic. However, California is also one of the pandemic’s hotspots, but the Golden State’s Democrat Gov. Gavin Newsom did not limit construction at all.

Newsom’s shutdown order broadly defined construction workers as part of the “essential workforce,” and as such, his order specifically exempted:

Such a broad exemption basically allowed construction work to continue in California without interruption.

And now such work is allowed in Michigan again since Whitmer lifted her construction ban at the beginning of May with an executive order allowing building to resume on May 7 with guidelines in place to ensure that workers maintain social distancing and employers conduct daily health screenings.

Hopefully, this will be reflected in next month’s jobs numbers. But the bounce back for Michigan’s construction industry might take longer than expected because contractors now find that workers are harder to come by.

“The problem is with everybody so scared about catching the virus, it’s hard to find employees,” the Michigan general contractor told Breitbart. “I have a personal friend with a framing crew who lost his entire crew because they won’t come back. They believe that there’s going to be a second wave, and they don’t want to risk their family. They’re content sitting on unemployment. They’re content with what they’re getting.”

There is also some uncertainty about how much or how long businesses will be allowed to remain open. “Keep in mind that the governor here in Michigan has been engaged in a power play back and forth with the legislature threatening to extend the shutdown order,” he said.

But he remains hopeful that the industry will be able to resume the projects that were put on hold when the lockdown order went into effect in March.

“We had a really, really strong economy before this lockdown. We had plenty of work out there before the lockdown,” he said. “The construction industry was doing very well in Michigan. Now, it’s still very strong. But if I had to estimate, I would say that at least 10 percent of the jobs that were on the books dropped off.”

The drop-off is a result of people cancelling jobs due to economic uncertainty, as well as jobs being further postponed because the shutdown delayed construction on winter projects that must now be completed before work can begin on projects that were scheduled for spring and summer.

“There’s plenty of work out there for people to get off of unemployment and go back to work,” the contractor said. “There are more vehicles on the road now. You see construction vehicles everywhere now. People are hitting their construction jobs again. The demand for workers is rising.”

“I can only hope that unemployment is dropping,” he said. “I pray it is because we need workers out here.”

The contractor said that above all, he just wants to get back to work. “I don’t want or need unemployment. I’ve got half a million-dollar projects sitting out there waiting to be finished.”