Claim: U.S. oil production is at a record high, the Department of Energy claimed following a meeting between executives of U.S. petroleum refiners and Secretary Jennifer Granholm.

“At a time when the U.S. is achieving record oil production under the Biden administration, and President Biden is taking historic actions to add to that supply including releasing one million barrels a day from the Strategic Petroleum Reserve and rallying the world to add an additional 240 million barrels, she reiterated the President’s call for them to do more to ensure that their companies are passing savings on to their customers,” the Department of Energy said in a press release Thursday (emphasis added).

U.S. oil production is not a record high. While elevated compared with past years, it has not reached the pre-pandemic peak hit while Donald Trump was president, according to data from the U.S. Energy Information Administration. Ironically, the EIA is a subdivision of the Department of Energy that made the false claim.

U.S. oil production is at the highest level it has been while Biden has been president but that is not the natural implication of the claim above.

The Department of Energy statement contains another false claim when it refers to “the Presidient’s call for them [the refiners] to do more to ensure that their companies are passing savings on to their customers.” The cost of oil is at extremely elevated levels by historical standards. Compared with recent years, oil prices are up tremendously. Refiners are not seeing any “savings” they could pass on to customers. 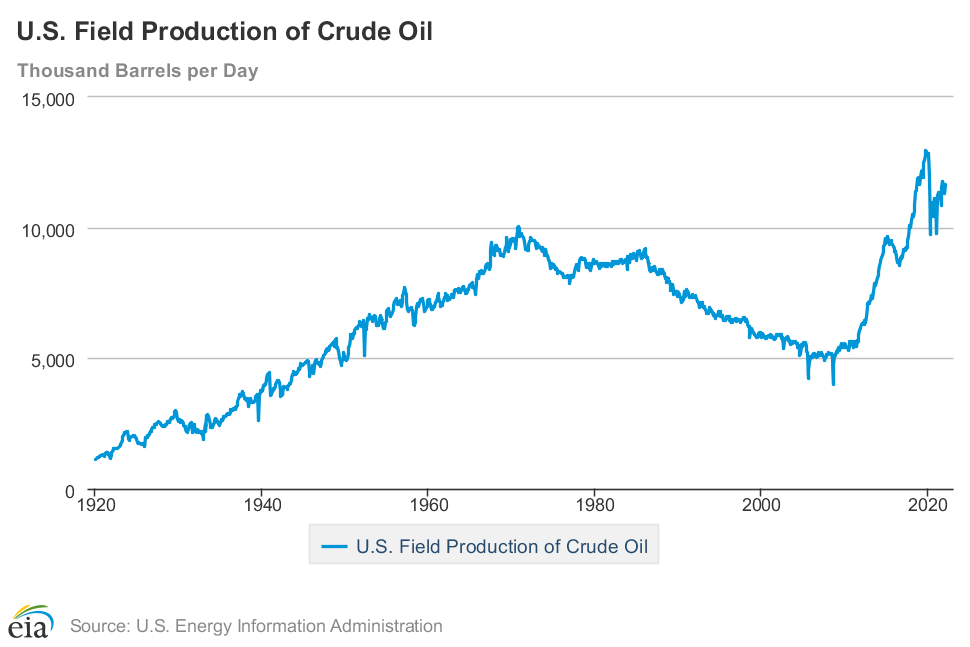