We found ourselves asking this question on Thursday when the island off Cape Cod announced that it was experiencing a “humanitarian crisis” after 50 people arrived there seeking shelter. These were reportedly migrants, some of whom may be refugees from Venezuela’s communist dictatorship, who had reportedly been flown up to Martha’s Vineyard on a plane sent to pick them up from Texas by Florida Gov. Rick DeSantis.

The island’s officials announced that its residents, towns, and “community-based, non-profit” groups had sprung into action to provide food, shelter, health care, and other amenities to the new arrivals. They noted that two “emergency shelters” had been established “in case further arrivals occur.”

To our Island community, here is an update on current humanitarian crisis on Martha's Vineyard….we thank people for their continued help. pic.twitter.com/f9YRJSJPow

So how much capacity does Martha’s Vineyard have to shelter refugees? Census data reports that there are around 17,000 year-long residents and around 14,600 homes on the island. Let’s estimate that each home has four bedrooms and each bedroom can comfortably sleep three people. This would bring the island’s sleep capacity up to 175,200 beds, and 158,200 would be unoccupied.

If anything, this likely underestimates the sleeping capacity of the island. During the summer months, the island is said to regularly house 200,000 people at a time. If you really packed people in, allowing for sleeping in living rooms and libraries and dining rooms and studies, you could easily house a 400,000. 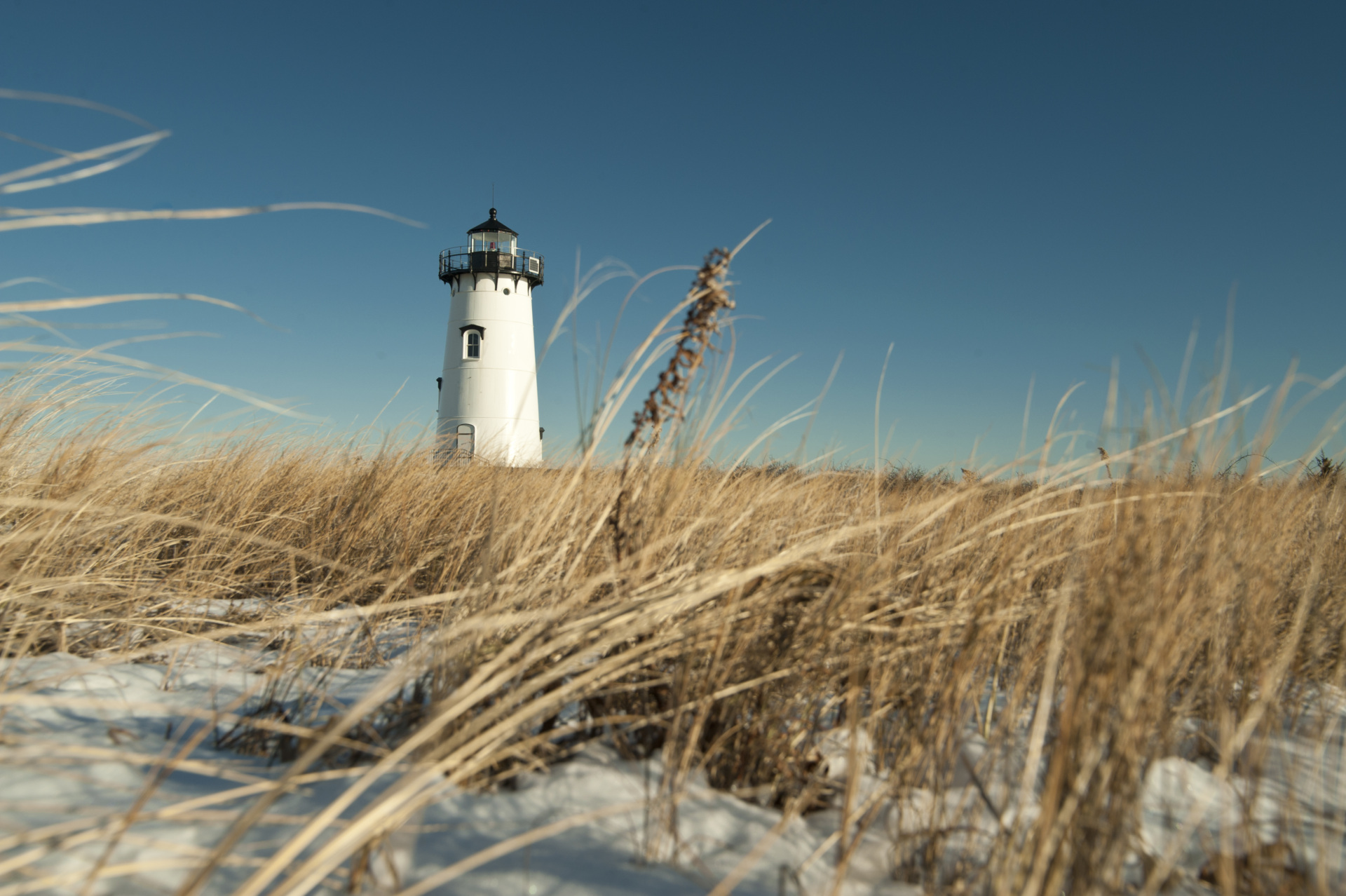 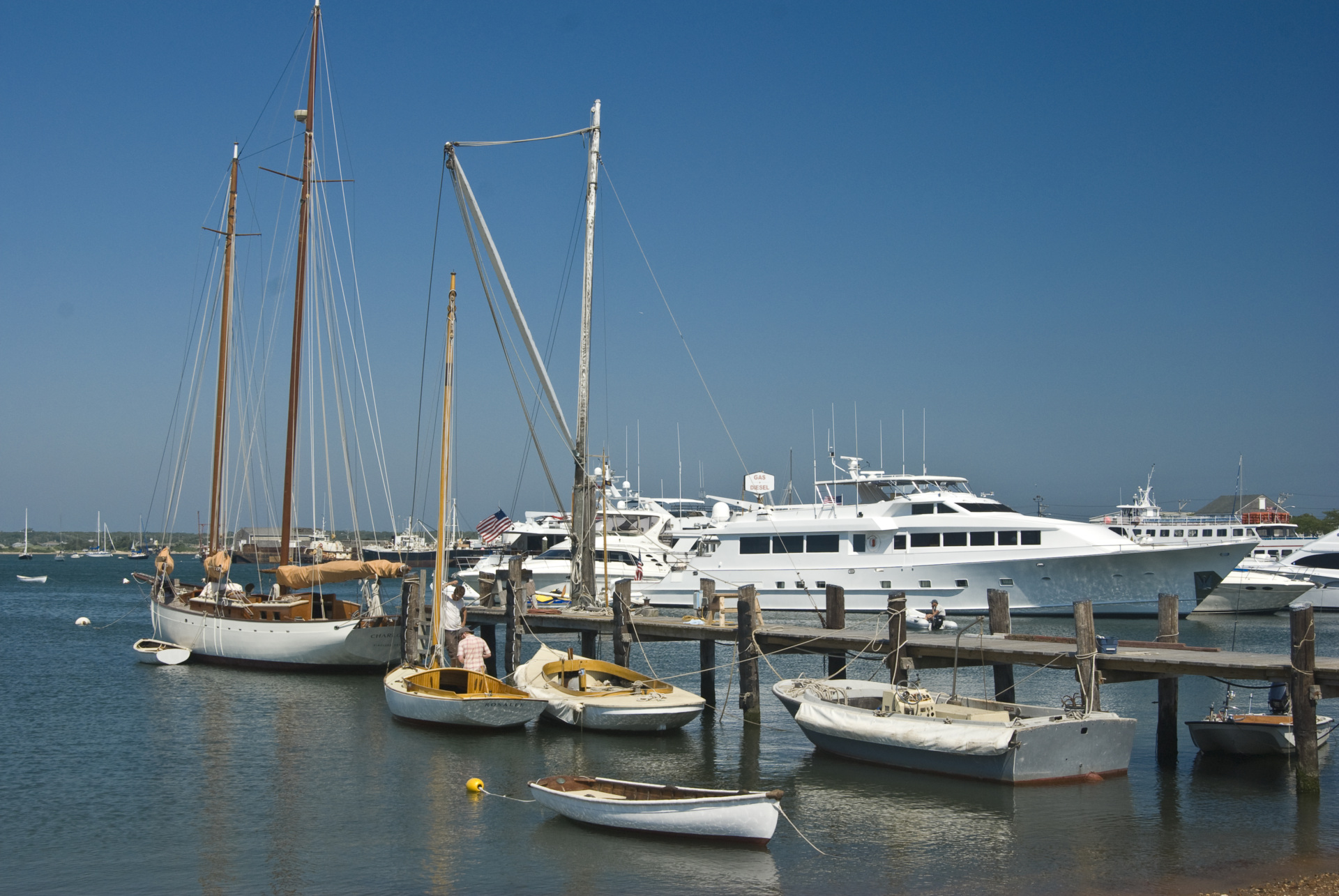 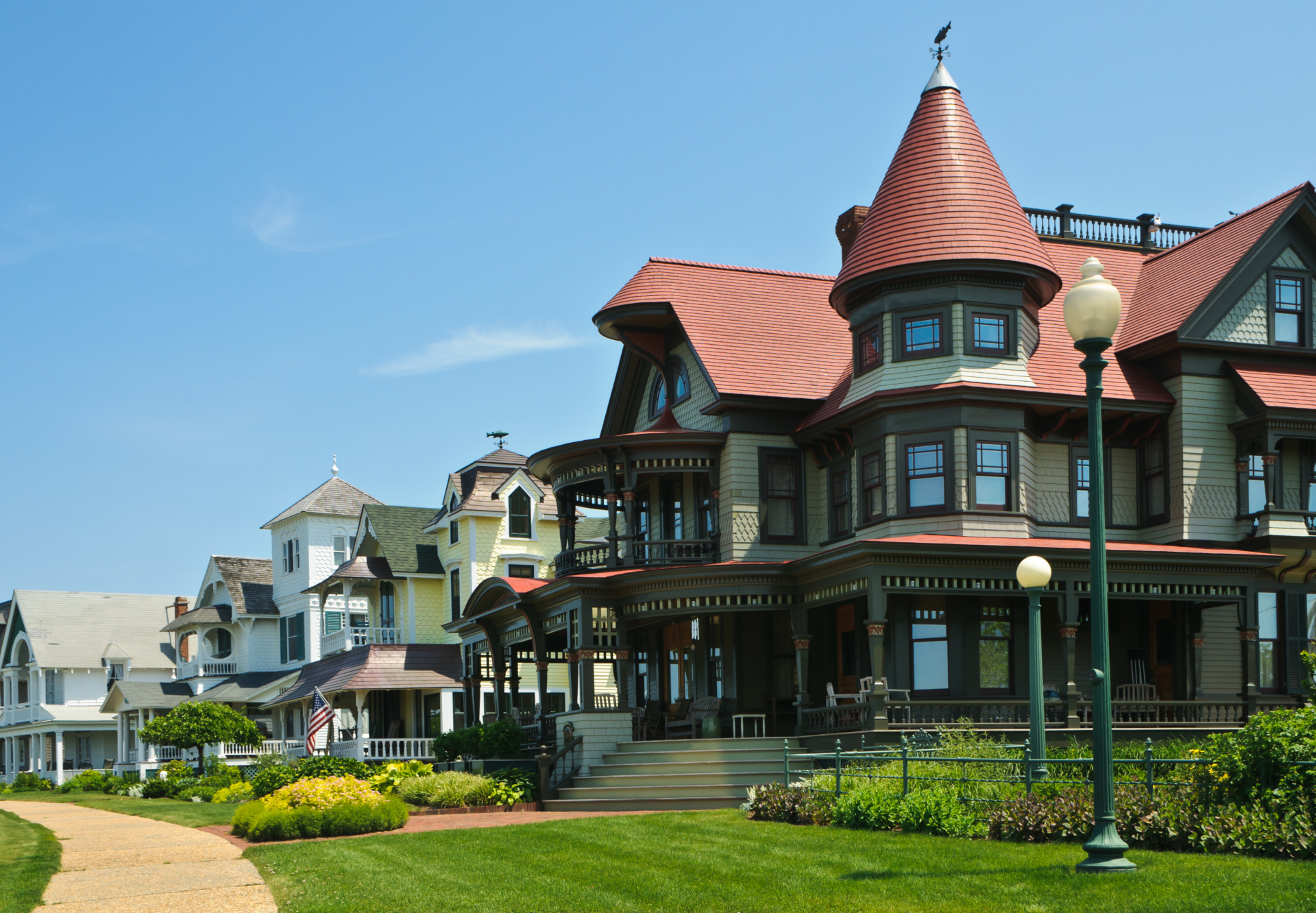 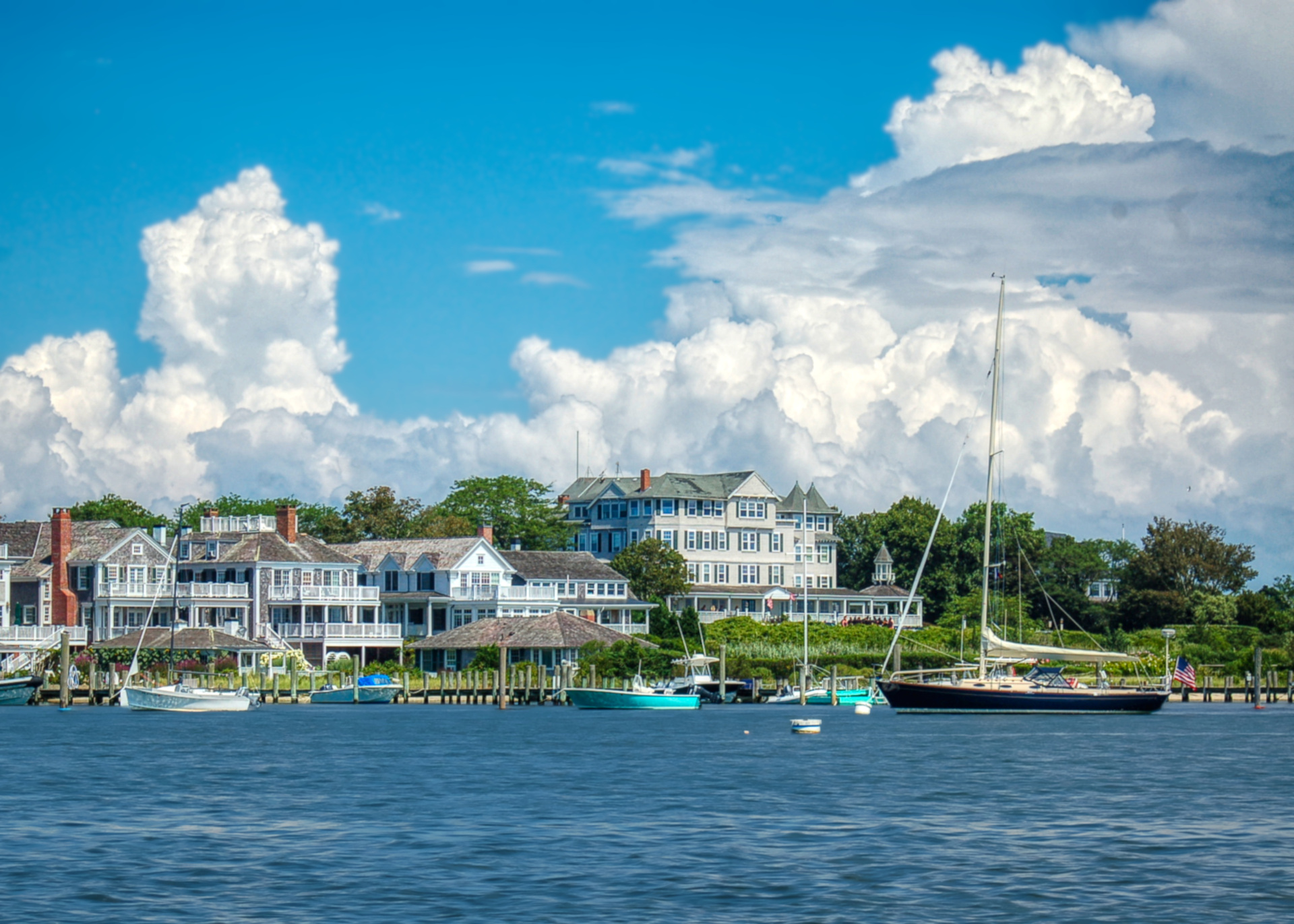 View from across Edgartown Channel on Martha’s Vineyard. (iStock/Getty Images) 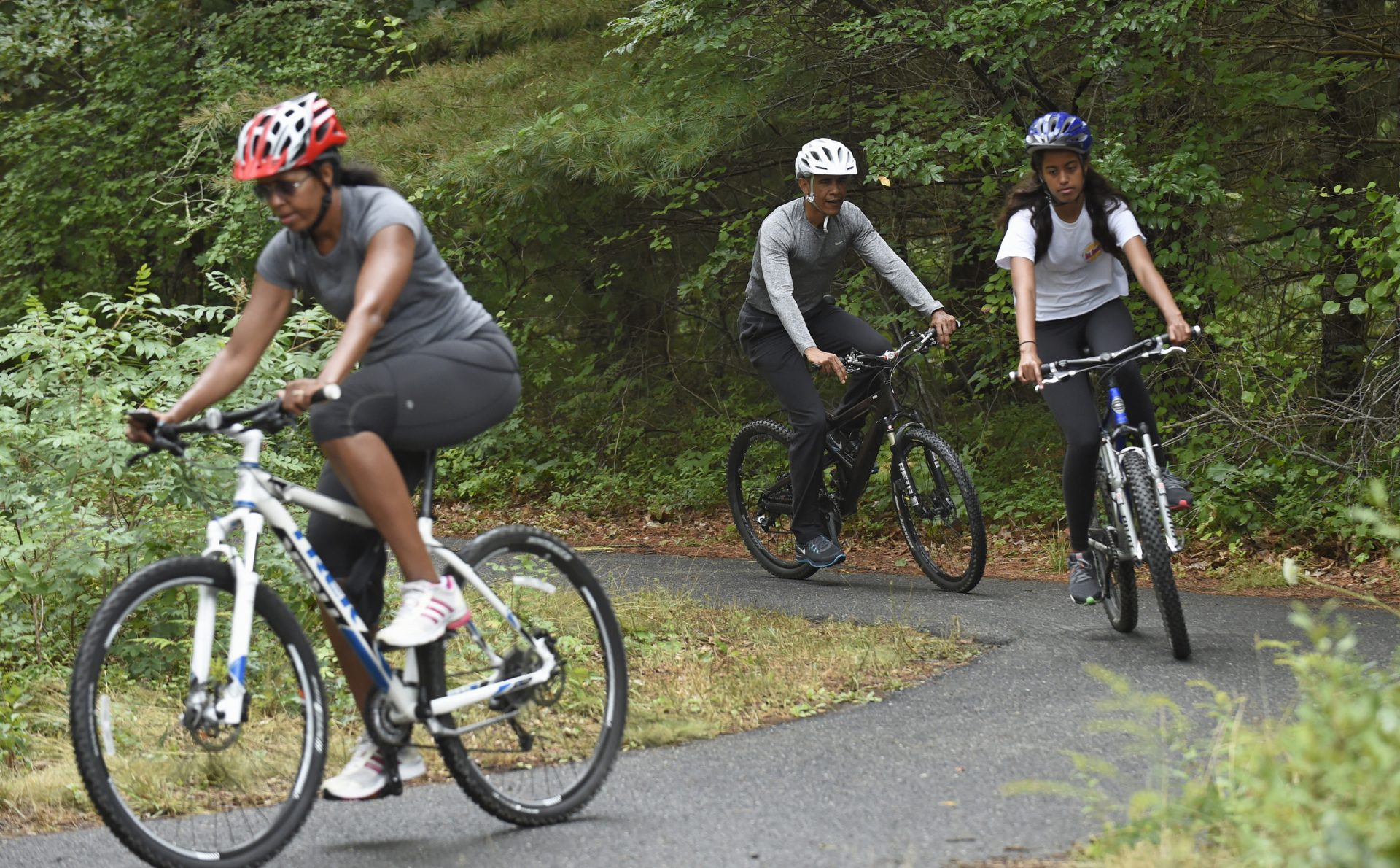 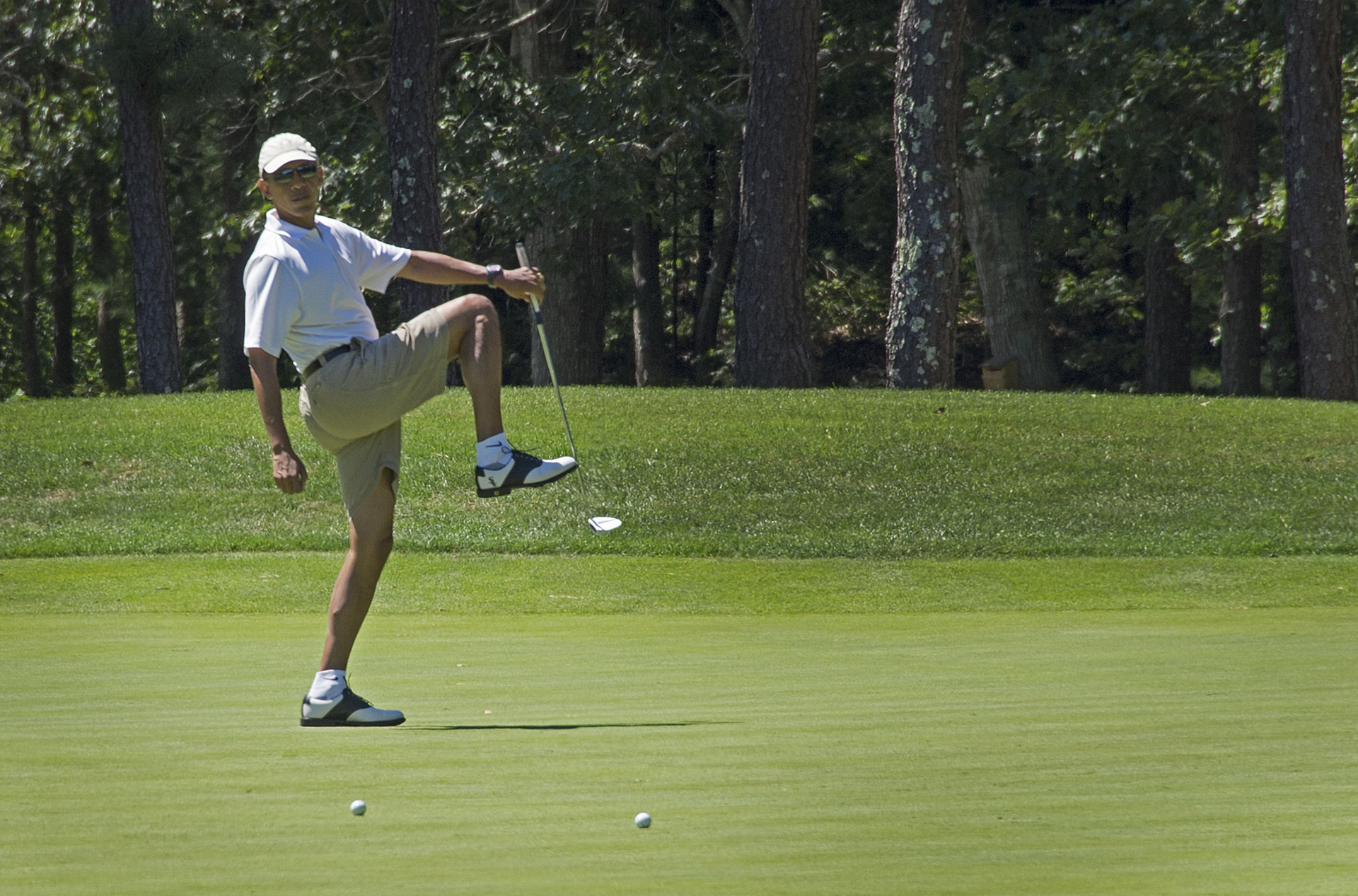 President Barack Obama reacts to a missed putt on the first green at Farm Neck Golf Club in Oak Bluffs on Martha’s Vineyard on August 11, 2013, (JIM WATSON/AFP via Getty Images) 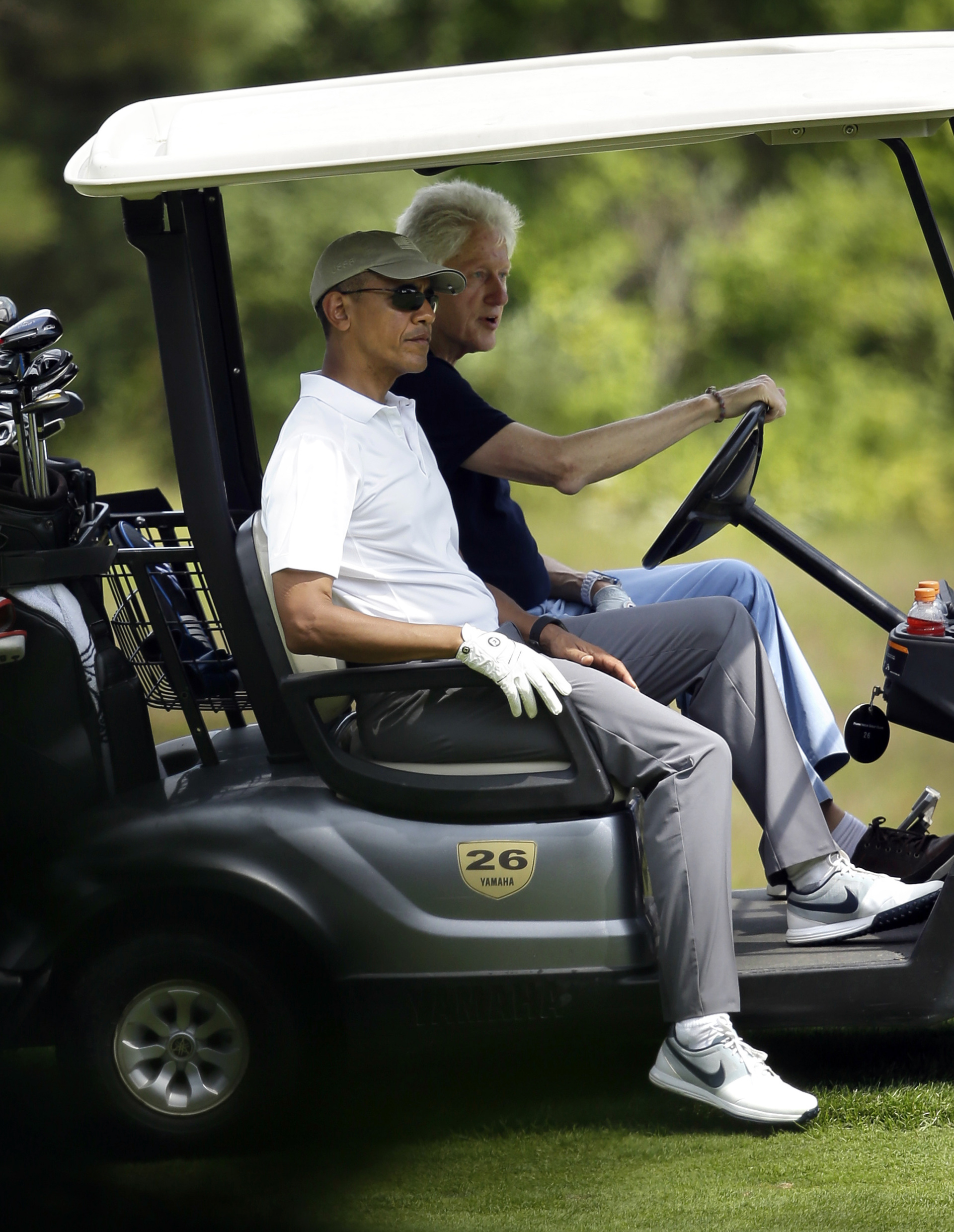 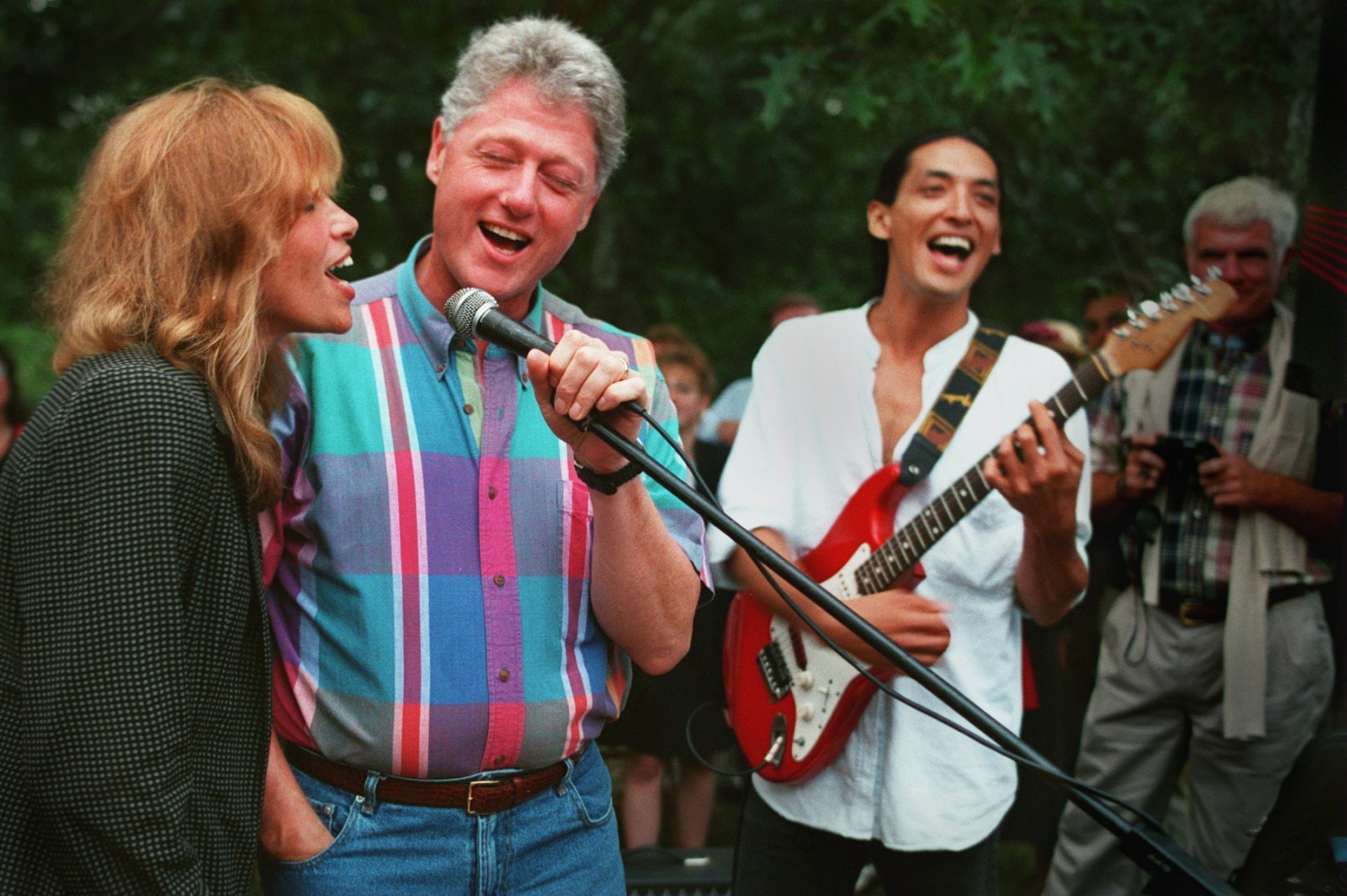 President Bill Clinton, center, sings with Carly Simon, left, as they join the band Entrain for a performance during a party for the press in Chilmark on Martha’s Vineyard on Sep. 1, 1994. (Evan Richman/The Boston Globe via Getty Images) 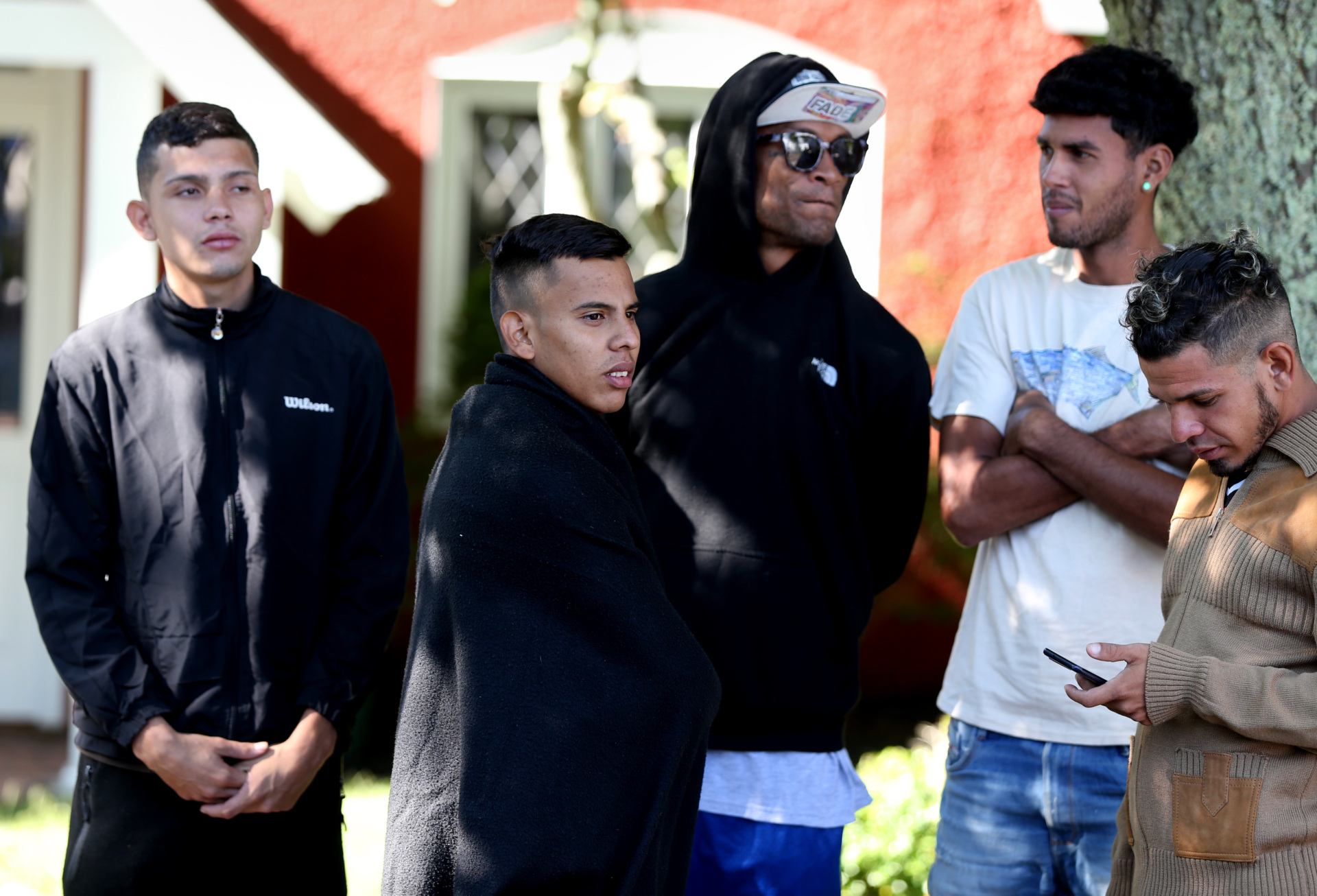 A handful of migrants from Venezuela wait outside of St. Andrews Episcopal Church on Martha’s Vineyard on September 15, 2022. (Jonathan Wiggs/The Boston Globe via Getty Images) 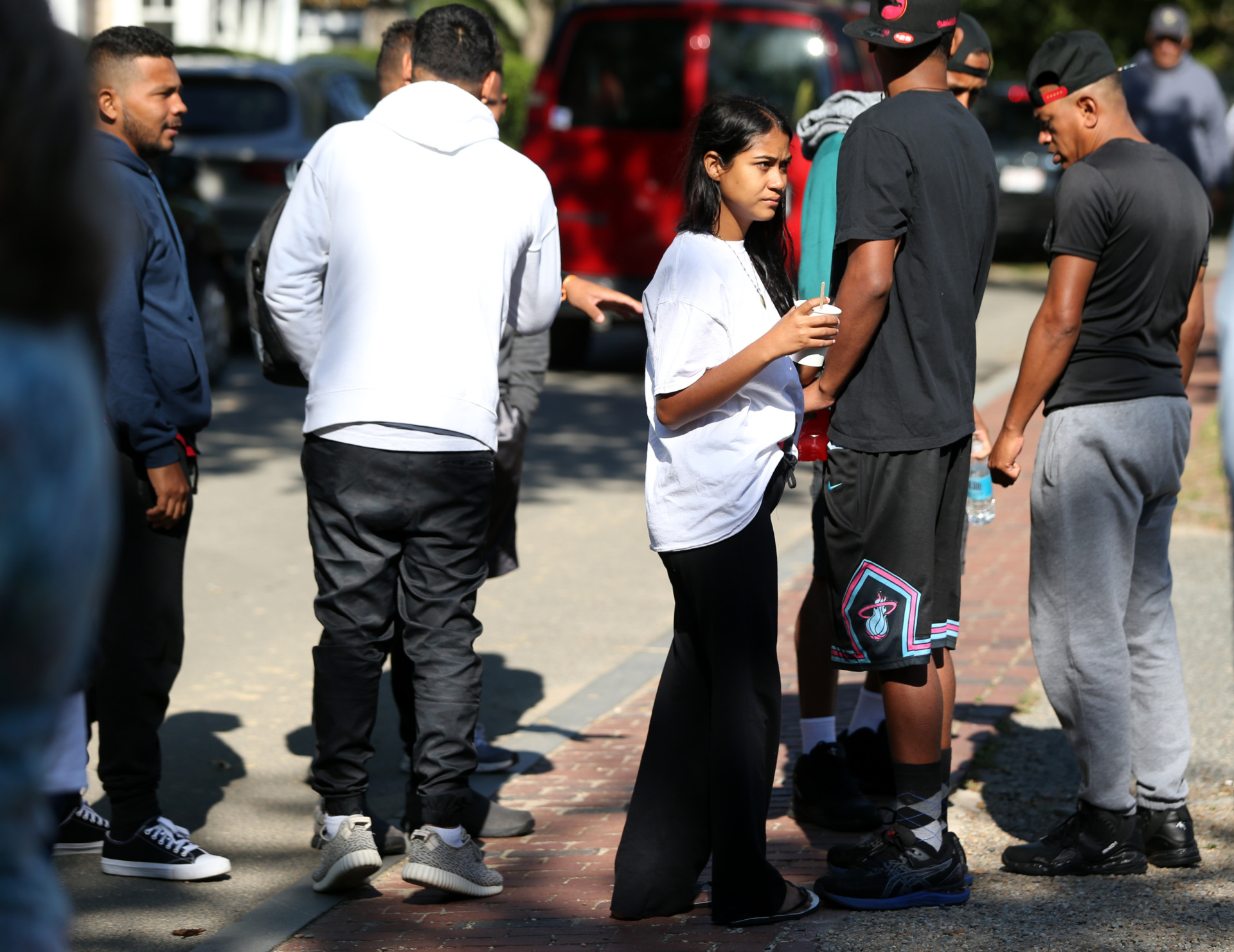 A group of migrants from Venezuela wait on a sidewalk in front of St. Andrews Episcopal Church on Martha’s Vineyard on September 15, 2022. (Jonathan Wiggs/The Boston Globe via Getty Images) 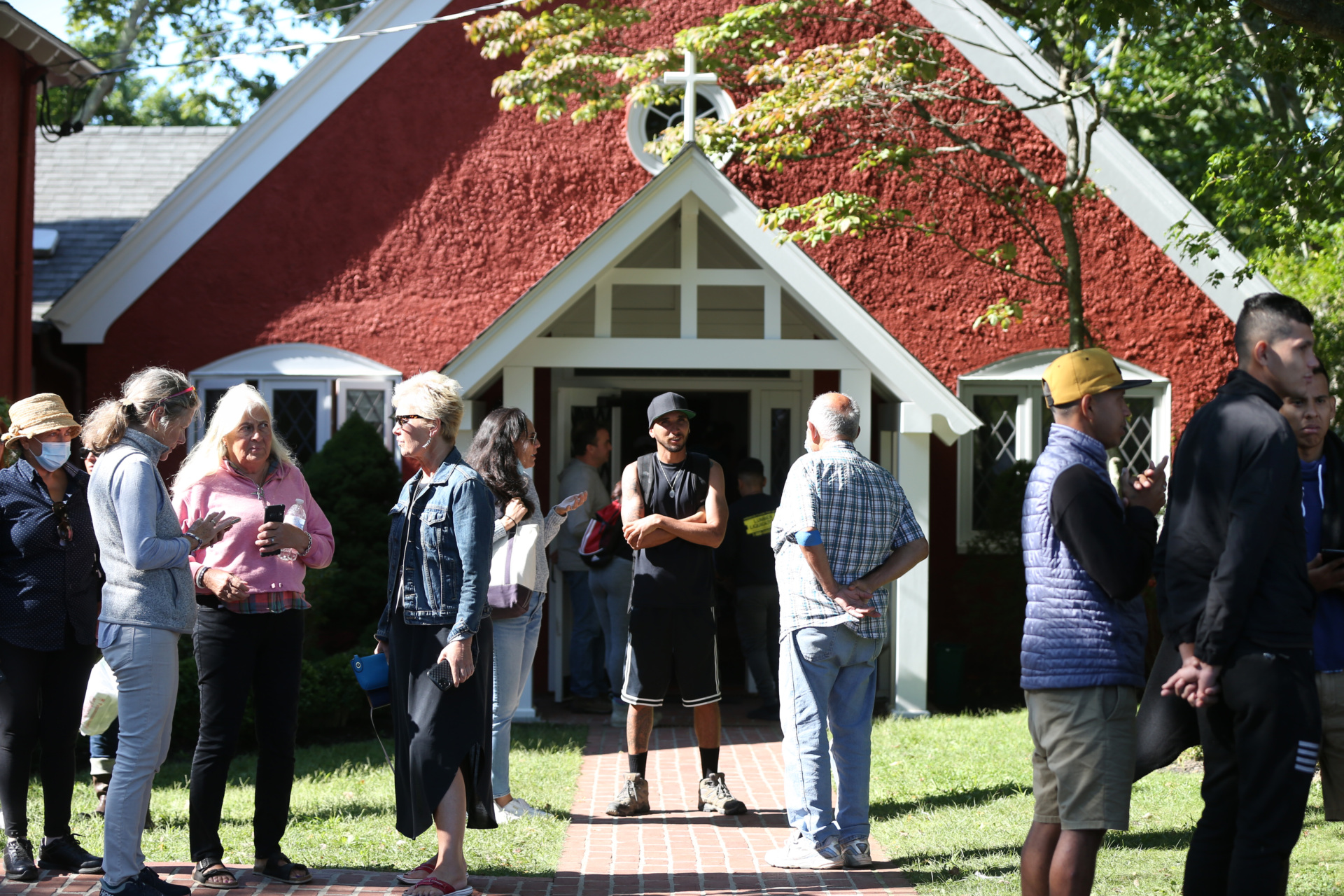 Volunteers mingle outside of St. Andrews Episcopal Church on Martha’s Vineyard to assist a group of migrants from Venezuela on September 15, 2022. (Jonathan Wiggs/The Boston Globe via Getty Images)

Barack Obama, who owns a 29-acre estate with seven bedrooms and 8.5 bathrooms on Martha’s Vineyard, could not be reached for comment. His house features a private beach that could become the official welcome point for ferries bringing in the new arrivals. Perhaps the former president could even be persuaded to greet the folks disembarking with an an “aloha” and a lei, in the tradition of his native state.

Is the Consumer Weakening Under Pressure from Bidenflation?

There was also a large revision to the July figure. Initially reported as a gain of 0.4 percent, the revision brought this down to flat for the month. The July control group sales was revised down from 0.8 percent to 0.4 percent.

The control group figure is especially important because it feeds into the Bureau of Economic Analysis’s estimate of Gross Domestic Product. The worse than expected number sent economists and the algorithms scrambling to bring down estimates of third quarter GDP. Bank of America said that the combined reading of the revisions and the August report shaved three-tenths of a percentage point off its third-quarter GDP estimate, bringing it down from 1.1 percent to 0.8 percent. The Atlanta Fed’s GDPNOW metric fell from 1.3 percent growth to 0.5 percent growth.

The Federal Reserve said on Thursday that industrial production fell by 0.2 percent in August, weaker than the forecast for a flat reading. Utilities output was surprisingly down, dragged by a significant decline in electricity. This looks to us like demand destruction caused by inflation. The Consumer Price Index (CPI) released Tuesday showed electricity prices are up 15.8 percent compared with a year ago.

There was more evidence of weakness in consumer demand in the manufacturing production figures. Excluding motor vehicle and parts, manufacturing production was up by 0.2 percent, half the increase in July. When added to the contractions in May and June, manufacturing production is down by 0.1 percent since April, according to economists at Bank of America. Production of final consumer goods fell by 0.2 percent in August and is down 1.3 percent since April.
The Philadelphia Fed’s manufacturing survey showed that its read of current general activity unexpectedly returned to negative territory, dropping 6.2 in August to -9.9 this month. This is the index’s third negative reading in the past four months. Economists had expected the index to decline but stay in positive territory. The demand-side indexes—new orders and shipments—both declined for the month.

The Empire State manufacturing survey from the New York Fed showed some stabilization after the dramatic crash to negative 31.3 in early August. The September reading showed business activity held steady in New York state. This is another way of saying that it has not bounced back from the August crash—it merely stopped crashing. New orders inched higher, and shipments increased sharply. The outlook is for more of the same: no more crashing but not much by way of improvement. The New York Fed said that “firms were not very optimistic that business conditions would improve over the next six months.”

With estimates of GDP down below one with just a few more weeks to go in the third quarter, there’s a nontrivial risk that the economy registers a third consecutive contraction.