What Jerome Powell giveth, the labor market taketh away.

On Wednesday, the chairman of the Federal Reserve explained the central bank’s current thinking on inflation and said the time had come for the pace of rate hikes to slow down. He said that the Fed was at least as wary of overshooting on rate hikes as undershooting, a dovish pivot away from the notion that the only real danger was inflation becoming entrenched. 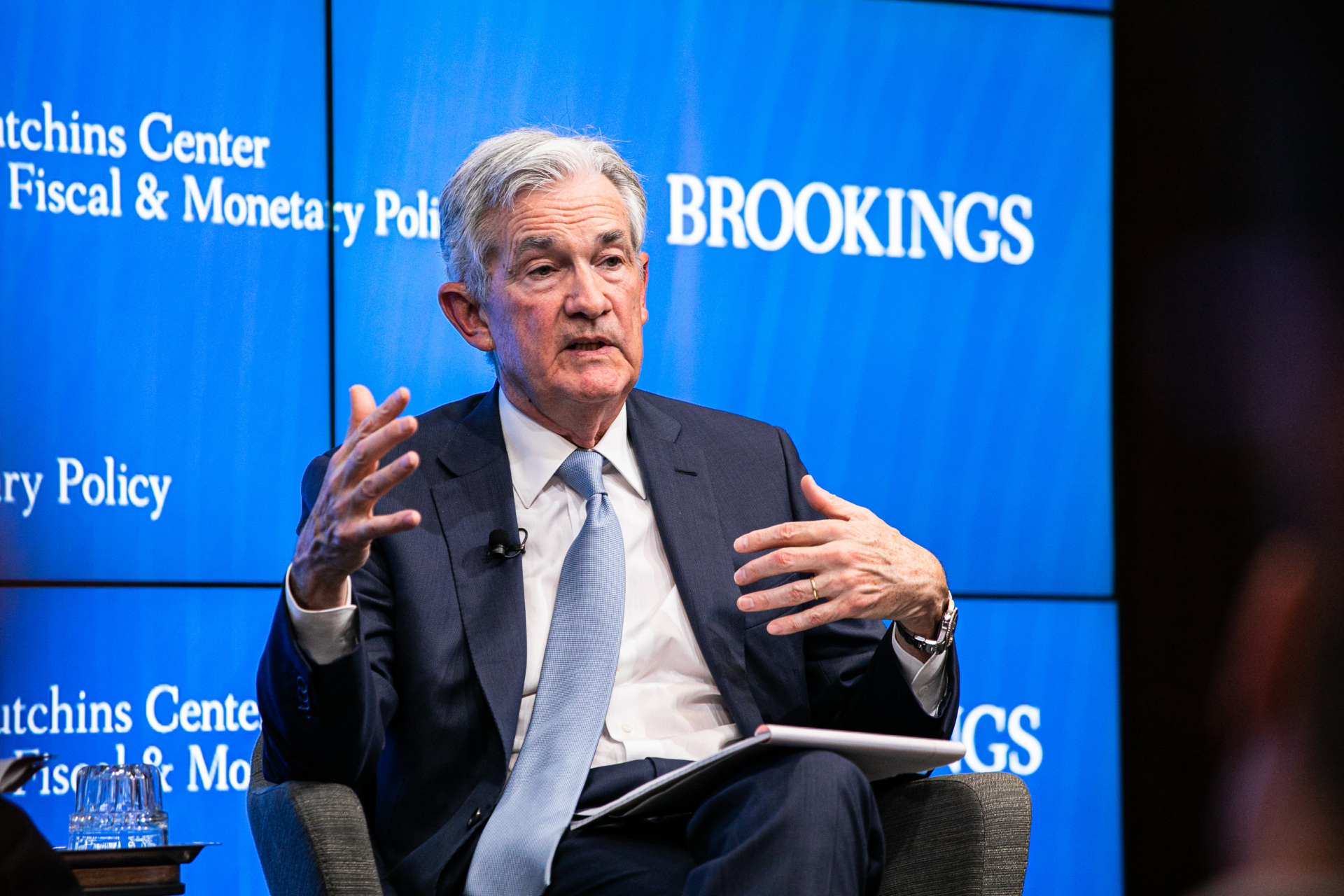 Federal Reserve Chairman Jerome Powell speaks at the Brookings Institution in Washington, DC, on Nov. 30, 2022. Powell signaled that policymakers will downshift from their rapid pace of tightening while stressing that the central bank’s inflation fight is far from over. (Valerie Plesch/Bloomberg via Getty Images)

Now we know the labor market is not cooling significantly. The Labor Department said the economy added 263,000 jobs in November, the second consecutive month of payrolls coming in above expectations. The October figure was revised up by 23,000 to 284,000, indicating that the labor market was even hotter than previously thought.

The three-month moving average payroll is now 272,000, which is a decline from earlier this year but well above a level consistent with the notion of falling inflation. Back in 2019, prior to the pandemic, the economy was adding an average of 194,000 jobs per month. If payrolls had grown in line with expectations over the past three months, the three-month average would be 227,0000.

The unemployment rate held steady at 3.7 percent after rounding. Before rounding, however, the unemployment rate fell to 3.65, which means it was perilously close to actually declining. The number of people unemployed fell to a 6.011 million from 6.059 million. The labor force participation rate declined from 61.2 percent to 61.1 percent. The prime age participation rate, which counts workers between 25 and 54, ticked down to 82.4 percent from 82.5 percent, the third consecutive monthly decline. Just prior to the pandemic, this peaked in January of 2020 at 88.1 percent.

The size of the labor force shrank by 186,000 even though the population grew by 173,000, dashing hopes that strong employer demand could pull labor supply from the sidelines. The level of people not in the labor force jumped by 359,000, exceeding 100 million for the first time this year.

The biggest news, however, is likely the acceleration of wage pressure. Average hourly earnings jumped 0.6 percent in November, the third consecutive monthly increase. What’s more, the average wages for the prior month was revised up. As a result, the three month average that had shown wages growing at an annual rate of 3.6 percent now shows an average annual rate of six percent, according to Harvard economist Jason Furman, who estimates this is consistent with about five percent inflation.

I was allowing myself to get more hopeful about a soft landing (2nd time this year), but this pretty much dashed that hope.

This pace of average hourly earnings growth is consistent with about 5% inflation. About the same or slightly worse than the story the ECI is telling.

If you are looking for a silver lining, it is fair to take some comfort in the idea that we are not on the verge of a recession. An economy adding jobs at this pace is unlikely to tip into a serious and prolonged contraction. The downturn that so many see coming next year will likely not arrive until the second quarter at the earliest and most likely not until the second half of the year.

Unfortunately, the November jobs report also likely means that the Fed will have to push interest rates higher and keep them high for longer to squeeze inflation out of the economy. The immaculate disinflation that many hoped would come from a cooler labor market is off the table. The labor market is simply not cooling fast enough to make that possible. Still sizable payroll growth amid a shrinking labor supply means the imbalances in the labor market are getting worse rather than better. The tightening that will be required is likely to mean a deeper and longer-lasting recession.

At the very least, this jobs report probably means Powell will take a more hawkish tone at his next press conference. The Fed has a lot more work to do.