LOS ANGELES, California — Hundreds of charter school advocates arrived outside the Democrat debate at Loyola Marymount University on Thursday evening, swamping the small demonstrations of support for the various candidates.

The group, largely composed of black and Hispanic parents and students, marched to the debate venue with a marching band and cheerleaders, and signs such as: “Stop Prepping Black Kids for Prison!”. 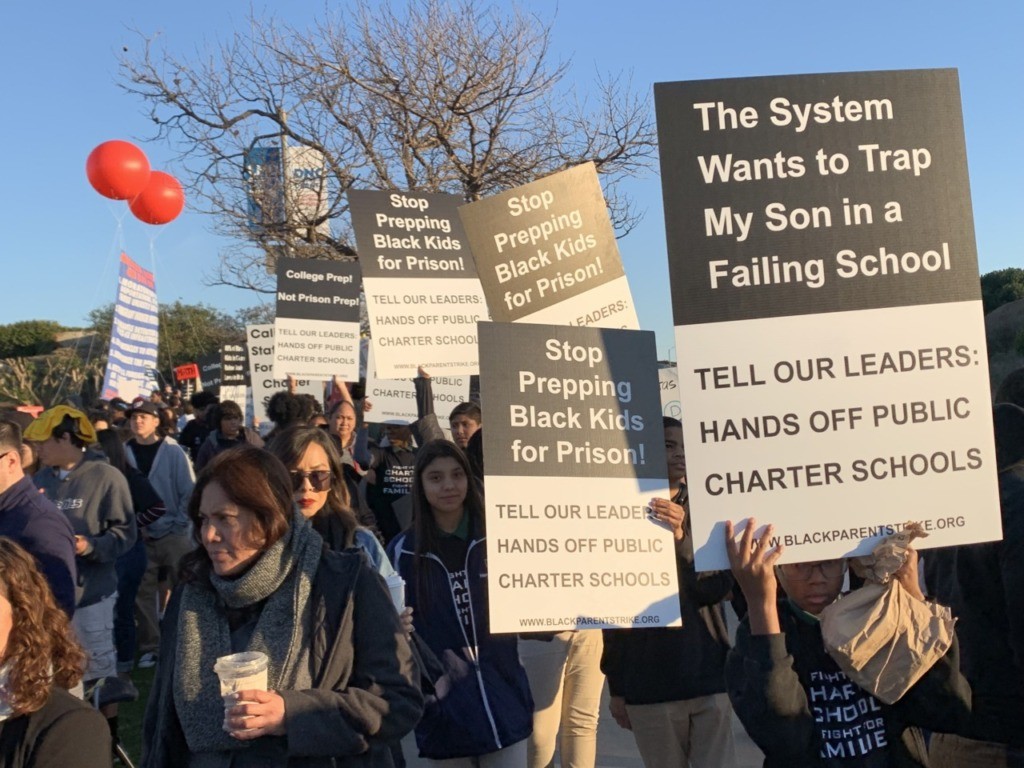 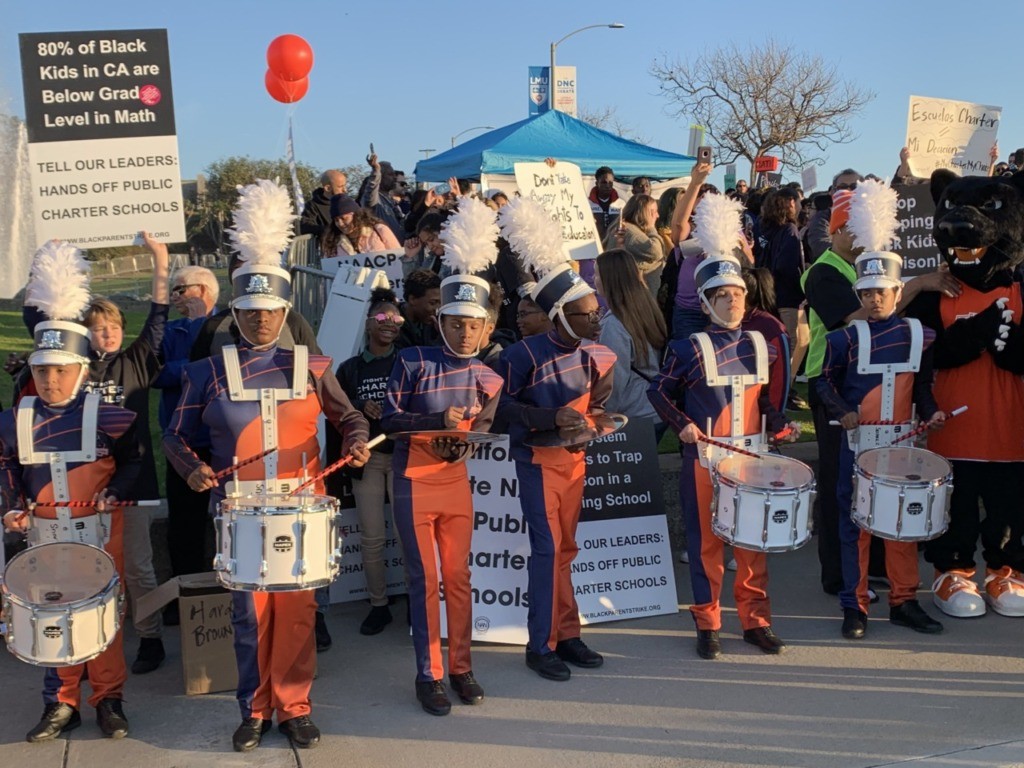 The small groups of supporters for each candidate — roughly a dozen each for Sen. Elizabeth Warren (D-MA); former Vice President Joe Biden; businessman Andrew Yang; and South Bend, Indiana, Mayor Pete Buttigieg — were drowned out by the boisterous march.

Some charter school advocates singled out Warren, who now opposes the expansion of charter schools, though she once supported them. 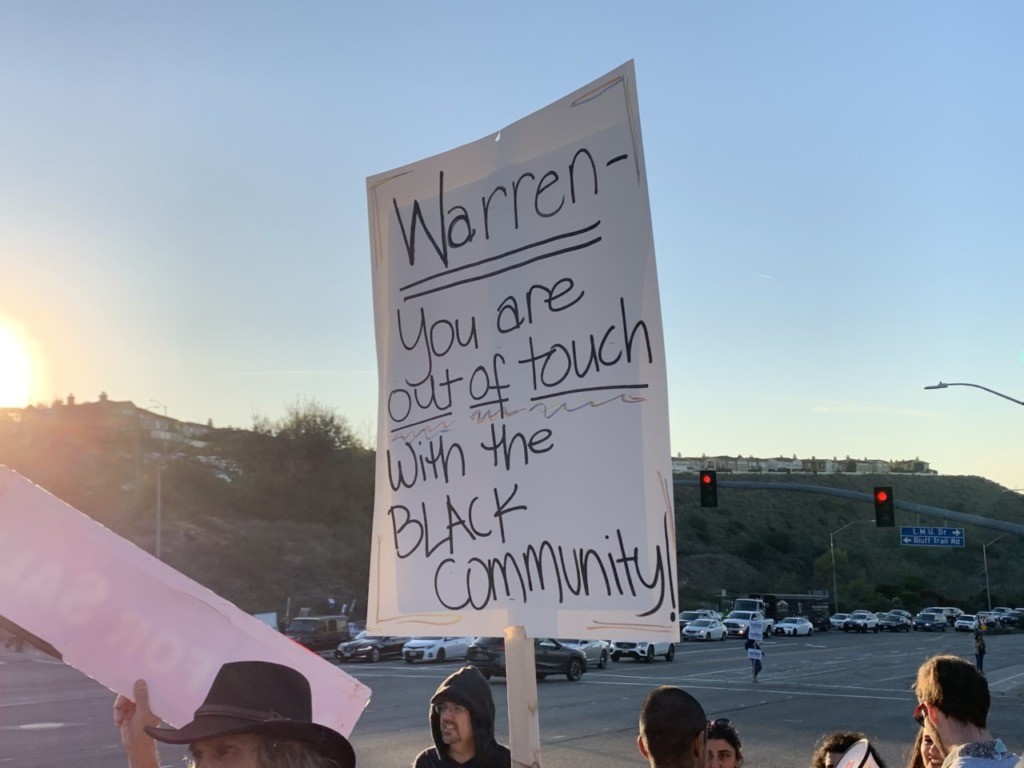 Breitbart News interviewed several, who spoke of their disappointment in the liberal Senator and other candidates who oppose charter schools, bowing to the wishes of public school teachers’ unions.

One woman, holding a sign that said, “Warren, you are out of touch with the black community,” said

“As you can tell, by the people who are here representing Warren today, there are really no people of color that are standing up for the rest of us.” 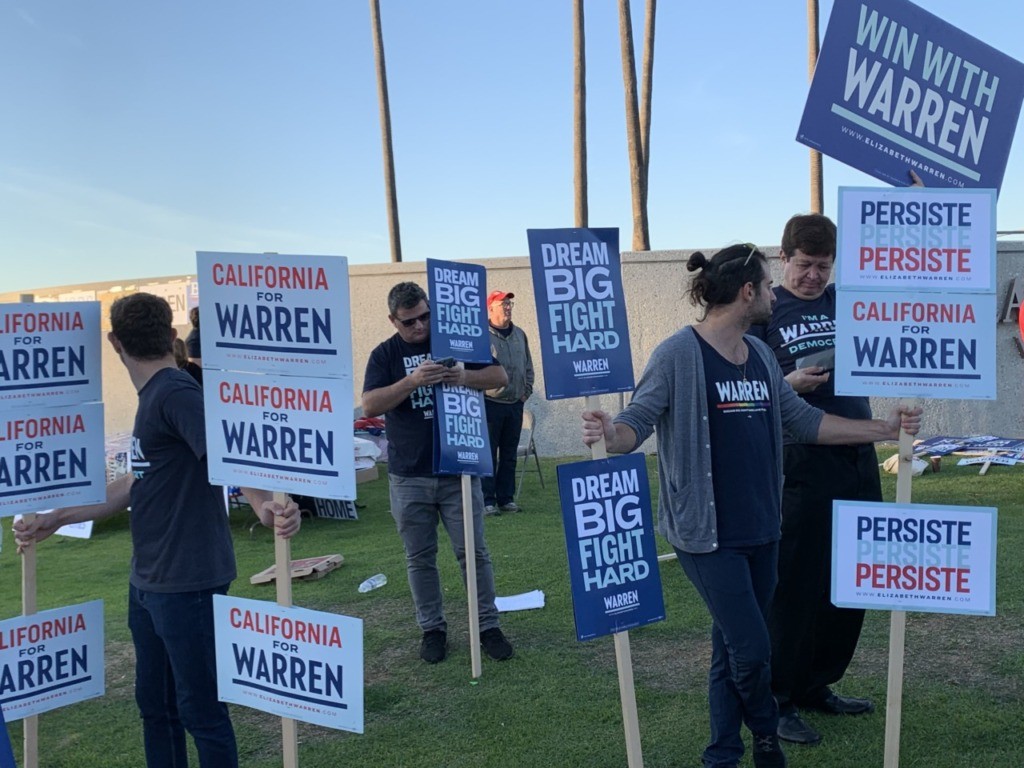 Another man noted that most of the participants wanted to support a Democrat for president, but were frustrated by the lack of Democratic support for school choice.

“When a union is one of your biggest supporters, you’ve got to go along those lines,” he said.

“I think some of the people, honestly, don’t know these issues, and haven’t gone and visited these schools,” he added.