A student at Ohio’s Oberlin College was apparently upset when the school said crews would install radiators in a “safe space” dormitory for women and trans students.

He said the crew would most likely be “cisgender men,” Fox News reported Tuesday.

“I was angry, scared, and confused,” student Peter Fray-Witzer wrote in an op-ed for the college newspaper, the Oberlin Review, on Friday. “Why didn’t the College complete the installation over the summer, when the building was empty? Why couldn’t they tell us precisely when the workers would be there? Why were they only notifying us the day before the installation was due to begin?

He explained he was worried because he had not heard about the installation plans before a school email was issued on October 7. He said the crew would most likely be cisgender men coming into Baldwin Cottage, home to a “safe space” for women and transgender people. 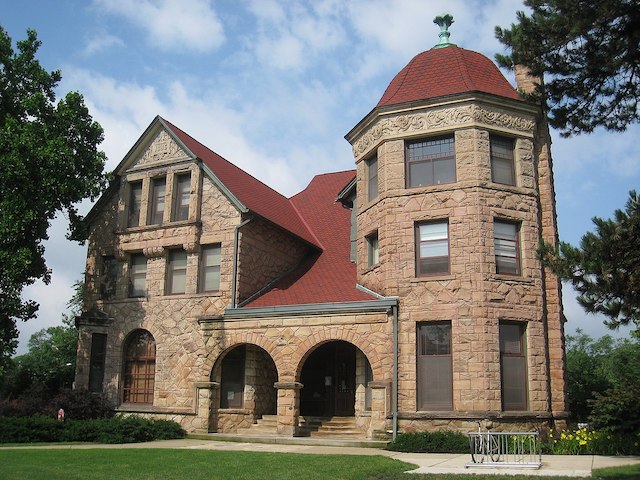 This undated photo shows the “Women and Trans* Collective,” also known as the Baldwin Cottage, at Oberlin College and Conservatory in Ohio. (Flikr)

“In general, I am very averse to people entering my personal space. This anxiety was compounded by the fact that the crew would be strangers, and they were more than likely to be cisgender men,” he wrote.

When the crew arrived at the dorm, Fray-Witzer said, “I could see immediately that they were all men.”

He asked a college representative with the crew if he could forgo having the radiator installed, but the representative apparently told him no and the student went on to his class.

“By the time I had come back, they appeared to be done, though Polo Man warned me that they would return later in the week to check the insulation. Sure enough, they were back the next day. I felt mildly violated and a little peeved,” he said.

College student mocked for complaining about 'cisgender men' who installed radiators in his room https://t.co/xkWIQ97CNm

Fray-Witzer questioned why the school did not make a schedule noting when crews would arrive at the dorms and go into each room.

“They should have taken measures to keep students comfortable and safe — especially those who have elected to live in a specifically designated safe space,” he concluded.