So if there`s one great thing we learned from today`s Tea parties, it`s how Anderson Cooper spends his nights off. It had happened during a conversation with talking thumb, David Gergen, who had just noted that the tea party protestors had yet to find their voice. Cooper`s response: “It’s hard to talk when you’re teabagging.”

Now, if you`re too old or too high to get what`s going on, here`s the joke: The liberal-leaning media are goofing on the tea parties by invoking the term teabagging, a phrased used to describe an act of oral sex performed by a man – either on another man, woman, or in Alec Baldwin’s case – a cheeseburger. 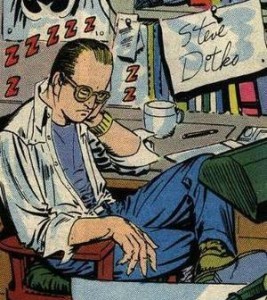 And so you have Cooper`s joke – it`s just a shame he ripped off the shtick from David Shuster, who apparently has never met a joke he hasn`t beat to death like a hunter on a harp seal. On MSNBC, Shuster repeats testicle-based puns with a fervent relish not unlike an eight-year old boy who just can`t stop sniffing his fingers. And, this, coming from me. I`m mean – I always thought I was the king of obvious jokes, but I relinquish that crown – because the real obvious joke is Shuster.

So why is it the MSM finds it so easy to sneer at a group of protestors, when you`ve never seen them do the same with the bedraggled buffoons protesting environmental ills, animal testing or the WTO?

Well, first: the protests involve people they`ve never actually met. I mean, these are average folks – not professional sign carriers. Most of these people work for a living, and ration their marching for parades. Also, the media abhors these people because they question the ultimate goal of their Messiah. These protestors know wealth distribution when they see it, and they`re calling it out – because the media cannot bring themselves to do it for them. After all, if they did, that would hurt Obama`s feelings. And if you learned anything from high school – you never make fun of Mr. Popular.

Lastly, the media hates it when they can`t control the story. These tea parties were out of their hands from day one-a movement that was hard to figure and impossible to spin. So, why not make fun of it? Why not make ball jokes?

But hey, who am I to judge? Whatever gets you off on a Wednesday night, Anderson, when nothing else will.

Tonight we’ve got Jim Norton, from Buckcherry – Josh Todd, and Steven Crowder! Plus someone special to be named later. (I dare you to write an intro for that one).