This may be a shocking revelation to all but the most avid news-followers, but it is apparently true: pop star Michael Jackson recently passed away. A handful of media outlets found time to cover the story, and some of them have mentioned Jackson’s feud with Paul McCartney over Jackson’s ownership of the publishing rights to some of the Beatles’ biggest hits-rights acquired when Jackson outbid Paul McCartney and Yoko Ono in the mid-1980’s. 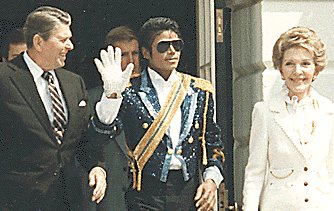 People not familiar with copyright law might be surprised to hear that McCartney-one-half of music’s most-successful songwriting duo-must pay royalties to perform his own hit songs. The fact certainly seemed to grate on McCartney, who frequently made mention of it in interviews. But even more surprising, at least to those not acquainted with the intricacies of copyright law, is that Sir Paul will one day be able to re-acquire the rights to his music without even having to pay to buy them back.

This is true because of the Copyright Act’s reversion provisions, which allow the original author of a copyrighted work to reclaim the work many years after assigning it away. It is this same right to reclaim lost copyrights that will soon make millionaires of the heirs of Joe Shuster and Jerry Siegel, Superman’s creators, when they conclude their pending lawsuit against Warner Brothers.

Congress, seeking to protect content creators who sell the copyrights in their works before understanding the works’ true value, inserted in the Copyright Act the right to reclaim a copyright-generally by terminating an earlier assignment-after a certain number of years have passed. For copyrighted material created before 1978, these rights will most often be available 56 years after the work was created. So in McCartney’s case, he should be able to reclaim the copyright to a Beatles song first published in 1964 in the year 2020, and he (or, likely, his children) will retain those rights for the final 39 years of the copyright term.

For newer works-specifically, anything created after January 1, 1978-the original author has the right to terminate a copyright assignment after 35 years. So, sticking with McCartney, he and Wings released the album “London Town” in 1978. Assuming he immediately assigned the copyright to the record company-which is common in the industry-he would most likely be entitled to terminate that assignment 35 years later, in 2013. These reversion provisions, then, will become an important news item in the coming years, when composers, authors, artists, and other content creators begin to reclaim works they created and assigned away in the late 1970’s. Because of the complexity of the reversion provisions, these efforts to reclaim copyrights will no doubt spawn dozens of high-profile lawsuits as well.

There are media rumors that Jackson has left to McCartney the publishing rights in Jackson’s Beatles catalogue. If so, we may never see the coming legal clash between two of music’s biggest superstars. But thanks to the Copyright Act, even if Jackson left the rights to somebody else, Sir Paul may still get his music back soon enough.