Fellow Air Force veteran and patriot artist Nathaniel Noble Jr (Nate Smoove) is a fabulously talented and creative song writer and producer who brings his political and spiritual views to life with his poetry set to some serious beats and fantastic music.

The words of his songs best describe him: “Self-assured and aware; passing on the wisdom of a life well-lived; shining a positive light on issues that affect us all; prolific out of a necessity to write about life and address the poignant issues of our ever-changing situations as members of a complex modern society.” 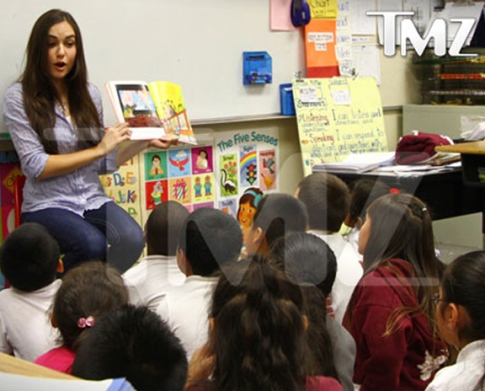 Nate’s bio describes his music as “not a seminar of right and wrong – more so, real thoughts on real issues presented in a musical setting that will make you want to move … a conversation that goes beyond pop culture slang and flavor of the week catch phrases.” His signature block in his email has the phrase “Music That Tickles Ya Intellect.” And that it most certainly does as one fan commented on his guest book:

I find it encouraging when I feel down about what is going on. Music has always been a great stress reliever, and your music is relevant to what is a major stress in life today. Great lyrics and great beats, plus the encouragement for Christians plus some humor, good for me since I take things too seriously lol. Just wanted to say I think you do great work. I hope young people are hearing your message.

As his website tells us to do, “open your heart & mind to the “Life Writer” that is NATE SMOOVE. Clean positive hip-hop mixed with a little Jazz, R & B, Gospel and even a touch of Rock. Forming a unique blend of a musical dish that could only be conjured up by this man from the “WHO DAT NATION” New Orleans.”

I asked Nate what made him decide to write political music. This was his reply:

The reason I started doing political songs is because everything I was doing in my life was either regulated, oppressed, taxed or penalized by some arm of the government machine. So the frustration that I felt from all of that crap drove me to vent my feelings out through my songs. I write inspirational, motivational and gospel tunes, too. I started listening to conservative talk radio back in 1989, so I was getting a reality check everyday on the contrasts between conservatism and liberalism. I started realizing that all of my life I’d been living by conservative principles and the only reason I was leaning democrat is because of my family was always saying that the “Dems were for the poor and black people.” Once I started opening up my mind, thinking and analyzing politics for myself, a change of heart came for me. I am not a liberal & I do not subscribe to their way of life so conservatism is my way of life. I write about things that weigh heavy on my heart. The political songs that I write & produce are thoughts and feelings of a lot of freedom-loving Americans. Just doing my part to help save our country from socialism. So that’s the scoop on Nate Smoove’s grooves.

Nate’s brand of hip hop is exactly what our youth need to be listening to as opposed to so many of the songs being played on the radio today that often promote sexual promiscuity, “social injustice,” and disdain and even hatred for our military and law enforcement – all the things that seem to be just fine with and even promoted by liberal Democrats. It is no wonder that a decent, God-fearing, freedom-loving patriot like Nate has decided to use his gifts to speak out and shine a light on the depravity of the left. As one listener commented on one of Nate’s songs:

As a black man I was born into [the] Democratic Party. But, as I read for myself and thought for myself, I realized the Democratic party was the problem. Before the “New﻿ Deal” all Blacks pretty much were Republican. Wake up Black people. Take a look at all the cities controlled by Liberals and in Democratic control. All the proverty and crime … look at the the drop out rates in black communities which are under Democratic control.

Nate wanted to be sure to give a shout out to his “posse which consists of [his] brother G-Nazti (producer), Robbie Hunt (guitars), and Ronald Cobb (Keyboards) and said “These three guys are my secret weapons. So when you hear Nate Smoove, you hear my crew!”

Nate’s music brings a healthy dose of the truth with a very cool groove. As Nate said, Democrats say they are “for the poor and black people” but do the research, look around, history will show that the Democrats need to keep the poor poor because it keeps them in power. With a complicit mainstream media that continues to feed their lies to the public, it is all the more critical that we use every means we have to counter those lies with the truth.

You can listen to many of Nate’s songs on his BigDawg page and learn more about him at his official site. Be sure to friend him on Facebook and subscribe to his YouTube channel as he is regularly uploading great new music videos.