HOUSTON, Texas — The work of painter Carroll Dunham, father of the “feminist” actress Lena Dunham, may shed light on his daughter’s upbringing. Predominately featured on the painter’s website are countless paintings of women exposing themselves in front of cartoon-like backgrounds.

Below are screenshots of Carroll Dunham’s paintings, taken from his website. These are just a few of many. 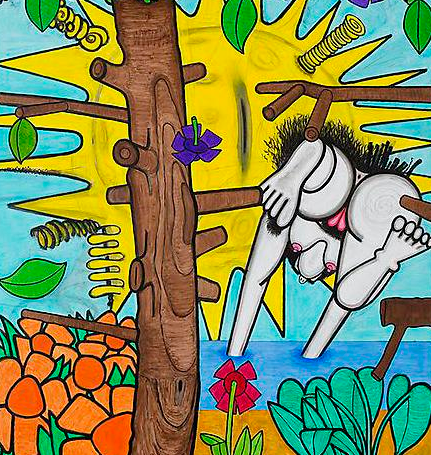 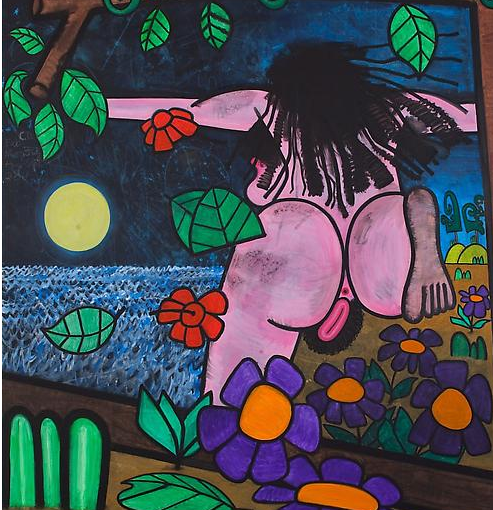 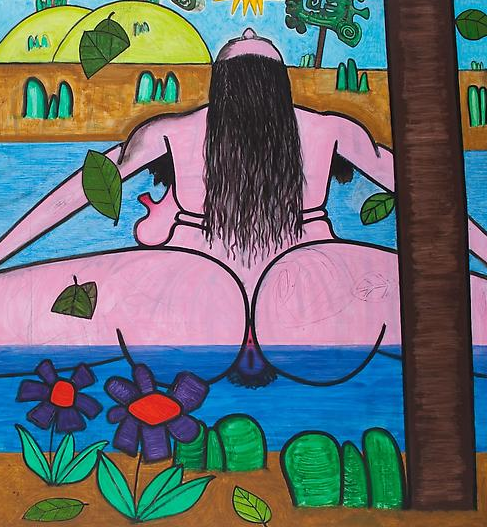 Lena Dunham is currently the subject of much public debate for writing in her new book, Not That Kind of Girl, that as a seven-year-old she explored the vagina of her baby sister, Grace.

“Grace was sitting up, babbling and smiling, and I leaned down between her legs and carefully spread open her vagina,” Dunham wrote. “She didn’t resist, and when I saw what was inside I shrieked.”

“My mother came running. ‘Mama, Mama! Grace has something in there!’ My mother didn’t bother asking why I had opened Grace’s vagina,” Dunham continued. “This was within the spectrum of things that I did. She just got on her knees and looked for herself. It quickly became apparent that Grace had stuffed six or seven pebbles in there. My mother removed them patiently while Grace cackled, thrilled that her prank had been such a success.”