Let me boil this down for the leftwing-impaired: Lies make for lousy art and can’t be sold to the public.

And here’s another lie Hollywood was spreading a few years back — the lie that in an international film market, Americanism doesn’t sell. Below is the science; an apples-to-apples domestic box office comparison of narrative films (not documentaries) with major stars produced over the last decade about the War On Terror.

We’ll start with the anti-American/anti-troop box office bombs Hollywood created for al Qaeda while we were still fighting those wars.

Keep in mind that even liberals didn’t show up for these flops. Tens of millions of liberals voted against George W. Bush in 2004. Had just 1 million of those voters showed up, these movies would have all been box office hits.

The Hurt Locker (2009) –  $17 million: By 2009, the 100% flop rate for anti-war/anti-troop films already had Hollywood terrified, which is why “The Hurt Locker” was dishonestly sold as pro-troop. It was not. Director Kathryn Bigelow and screenwriter Mark Boal (who both won Oscars, as did the overrated film) would later redeem themselves with the phenomenal “Zero Dark Thirty,” a much better movie and a box office success.

The Messenger (2009) – $1.1 million: This Oscar bait released in November was produced for only $6.5 million and still lost money.

In the Valley of Elah (2007) – $6.77 million: Despite a wide release into nearly 1000 theatres writer/director Paul Haggis found himself snubbed and humiliated by movie-goers. In “Elah,” Haggis trashed our troops in unspeakable ways. 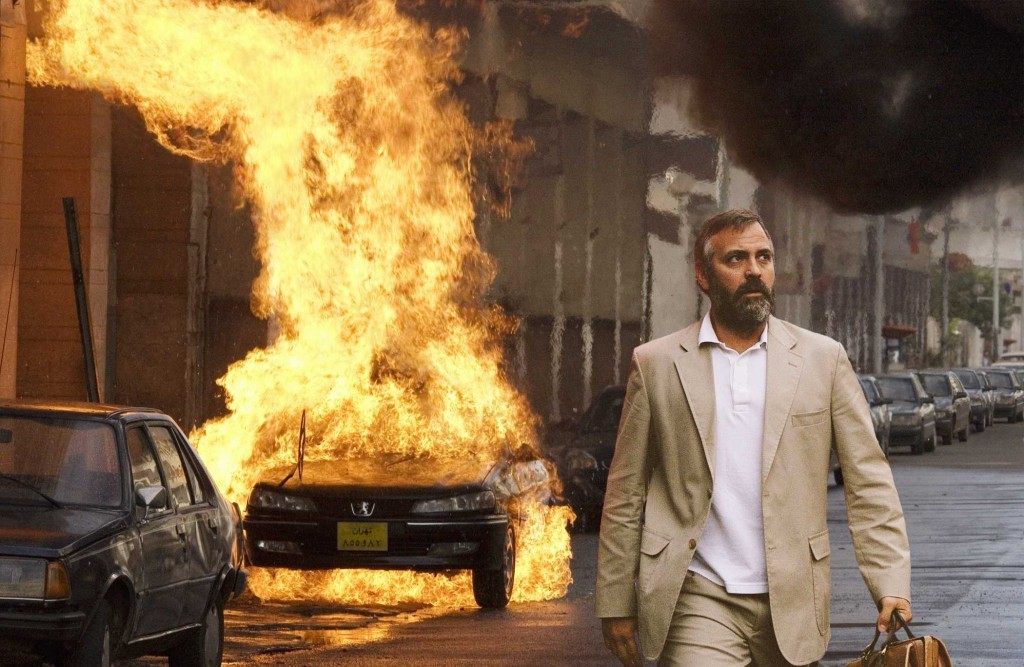 Syriana (2005) – $50 million – George Clooney crafted Hollywood’s first box office bomb to benefit al Qaeda. A $50 million domestic take and $43 million international take means “Syriana” was a huge money loser. Its production budget alone was $50 million. Add at least another $25 million for promotion. Break even was $150 million, and this cynical piece of crap didn’t even come close. If anything “Syriana” set the stage for the 100% failure rate that was to come. After a look at this dishonest, self-important bore, even liberals would stay away from these films in droves.

A Mighty Heart (2007) – $9.1 million: Jewish American journalist Daniel Pearl was murdered by evil savage terrorists and this Angelina Jolie clunker made it seem as though it was America’s fault.

Home of the Brave (2006) – $51,708: How do you cast Samuel L. Jackson, Jessica Biel, and 50 Cent in your movie and barely break fifty-thousand dollars at the box office? It’s actually possible to do worse…

Grace Is Gone (2007) – $50,899: John Cusack embarrasses himself as a widower whose wife was killed by Bush’s wars. For some reason, although he had nothing to do with the rest of this awful-awful piece of crap, Clint Eastwood wrote the score.

Body Of Lies (2008) – $39.3 million: Russell Crowe and Leonardo DiCaprio as directed by Ridley Scott results in somewhere around $100 million loss for Warner Bros. 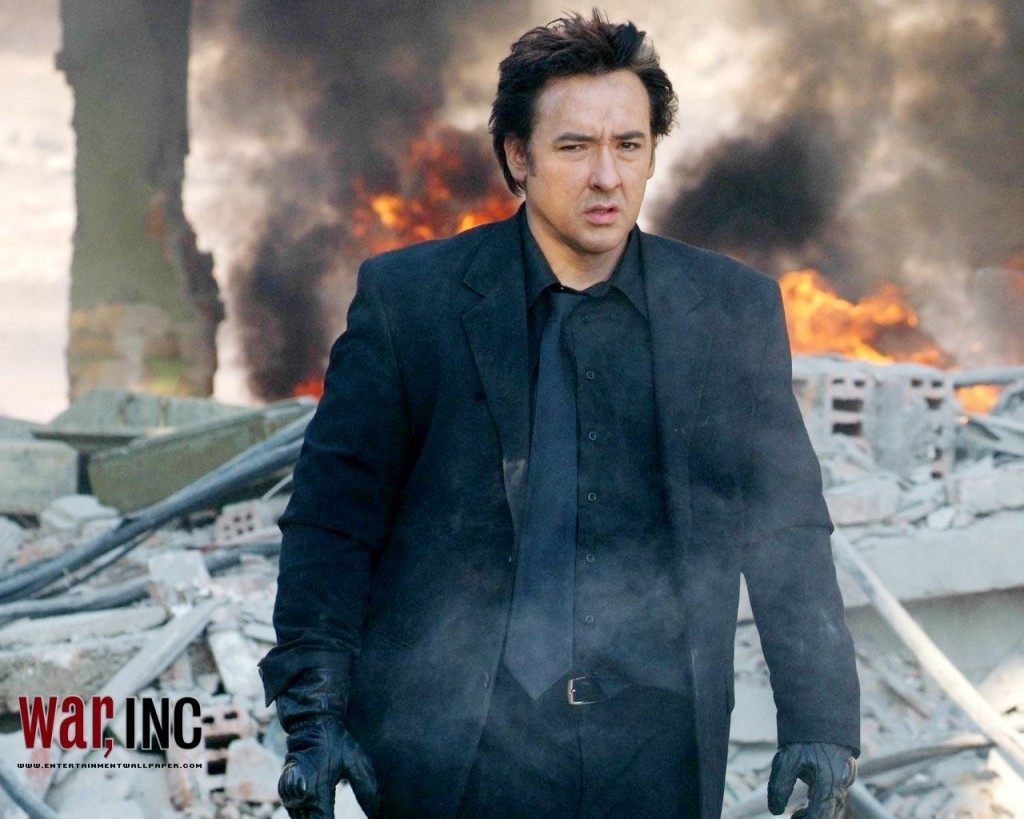 Munich (2005) – $47 million: This is the movie where director Stephen Spielberg blames 9/11 on Israel defending itself from terrorists. This one probably lost Universal close to $100 million. Watching Spielberg stay in his seat during that year’s Oscar ceremony was much more entertaining than this anti-Israel slander.

The Lucky Ones (2008) – $266,967: This might be the biggest flop on the list. It seems impossible, but somehow Tim Robbins, Rachel McAdams, and Michael Pena saw the inside of 425 theatres but still barely managed to crack a quarter-million dollars.

For some perspective (and lulz), the ultra-low budgeted independent Christian film “God’s Not Dead,” grossed more than every film listed here.

Each of these films was a bomb produced by Hollywood to benefit the terrorists and undermine a righteous war against those American Sniper Chris Kyle accurately described as “evil fucking savages.”

Even during Vietnam, no anti-Vietnam war films were made. Those all came after Democrats lost that won war; and unlike the list above, some of those anti-war films were fantastic.

Below are the the numbers for the pro-War On Terror films. To be as fair as possible, I am not including blockbusters like “300” and “The Dark Knight,” two monster hits that barely disguised their pro-War On Terror sympathies:

Zero Dark Thirty (2012) – $95.7 million: Without any big stars, director Kathryn Bigelow and screenwriter Mark Boal told the truth about America’s tireless and valiant hunt for Osama bin Laden and brought home almost twice as much money as any of the flops listed above. 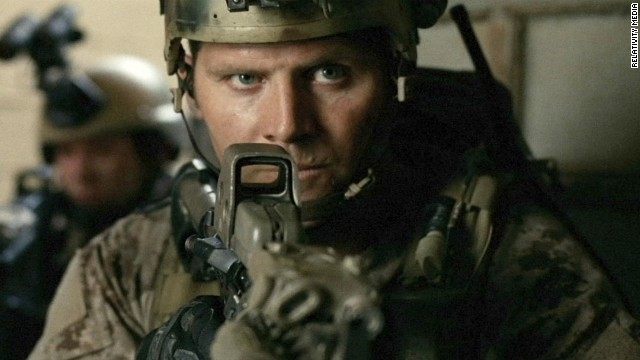 Act of Valor (2012) – $70 million: On a $12 million budget with no stars, this small film about Navy SEALs (playing themselves) kicking Islamist ass made more money than every anti-American film listed above, including those starring the likes of Leonardo DiCaprio, Meryl Streep, Reese Witherspoon, Russell Crowe, and George Clooney. Great, great movie.

American Sniper (2014) – $109 million (and counting) – A legitimate cinematic masterpiece about a legitimate American hero and legend. The box office potential here exceeds the gross of every anti-American film listed above … combined.

Lone Survivor (2013) – $125 million: The true story of Navy SEAL Marcus Luttrell and his brave brothers-in-arms was both a fantastic film and big hit.

Total gross for 4 pro-American movies: $400 million, and “American Sniper” is just getting started.

Yes, you read that right: 4 pro-American movies grossed $100 million more than 18 anti-American movies. And that number will probably climb another $150 million to $200 million before “American Sniper” is done.

NOTE: I honestly had no idea how to categorize “Vantage Point” (2008), “United 93”  (2006) or “The Kingdom” (2007). “United 93” is too sterile to be pro or anti anything. A case can be made to put “The Kingdom” and “Vantage Point” in either category. As far as Oliver Stone’s “World Trade Center,” which grossed $70 million, I was tempted to use it to bolster the pro column, but it never mentions who our enemies are. It is pro-American, for sure, but it more of a disaster film than a War On Terror film.