Other than his early, simpler genre entries like 1997’s “Mimic” and 2002’s “Blade II,” director Guillermo del Toto leaves me cold. As good as his films always manage to look, there is always something missing. On many levels, del Toro’s films simply fail to connect, which is again a major problem with his pseudo-Gothic horror entry “Crimson Peak.”

Our heroine is Edith Cushing (Mia Wasikowska), an aspiring writer living in New York at the end of the Victorian Era with her wealthy, self-made father. She is quickly swept off her feet by Baronet Thomas Sharpe (Tom Hiddleston), a down-on-his-luck titled Englishman looking for investors in a contraption he’s devised to mine the rich red clay from his English family estate. 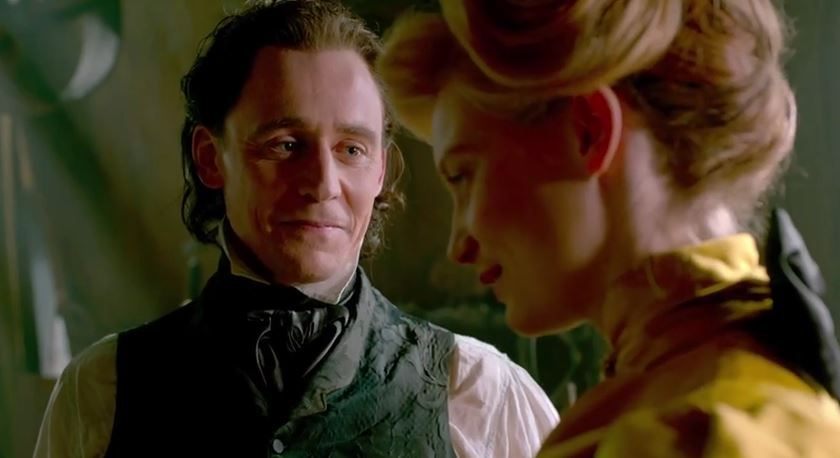 Slower than it should, eventually the plot moves to where we all know it is headed, and turns for inspiration to Alfred Hitchcock’s “Rebecca,” where Edith is the vulnerable Mrs. De Winter, Thomas is the emotionally tortured Maxim, and Thomas’s brittle, controlling sister Lucille (a very good Jessica Chastain) is Mrs. Danvers, a bitterly jealous, menacing keeper of the family secrets.

The English manor of Manderly is switched out for Crimson Peak, and it is a stunning creation to behold — literally crumbling to pieces around its three inhabitants as it sinks into a foundation of blood red clay. Metaphors abound. As do CGI’d ghosts in a movie that doesn’t really know what it wants to be.

Just when you think “Crimson Peak” is a romance the gears switch over to a ghost story, and then just as suddenly you are watching a gothic mystery. The meticulous world created by del Toro and his talented designers hums with ambiance and atmosphere, all of which is undone by a story that can’t settle on a tone. 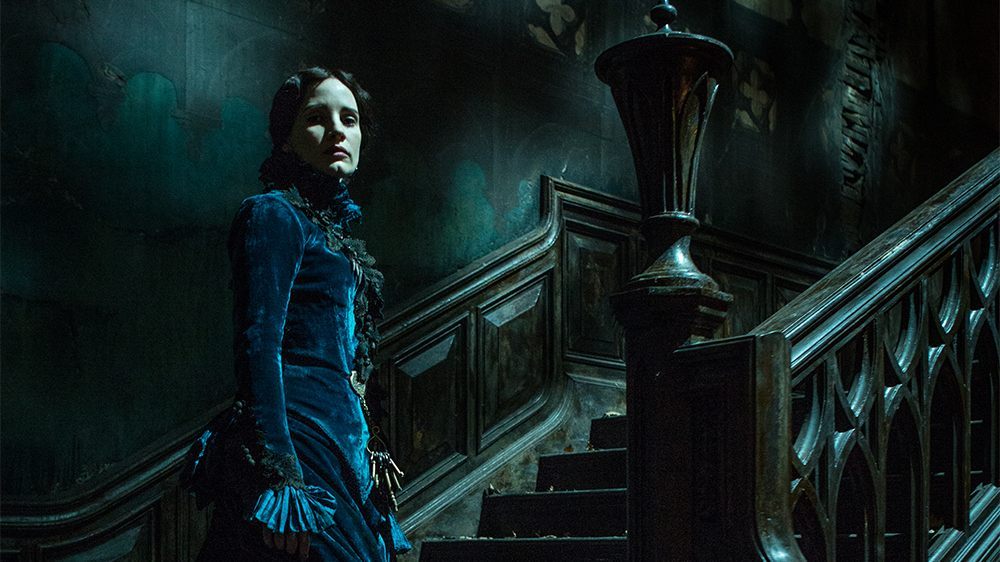 For a ghost story, “Crimson Peak” is never scary. The CGI doesn’t help. The spirits don’t look or feel organic; instead, they look like over-designed cartoons.

Once Edith arrives in England, a sense of dread should burn in your bowels. This is del Toro’s obvious intent but the story is all over the place, offers no surprises you don’t see coming a mile away, and too often Edith (who is introduced to us as an intelligent feminist) has to do something really stupid in order to service the plot.

If only del Toro had worked as hard on his script as he did his set design.