Over 5 seasons and 52 episodes (now available on Bluray), TNT’s “Falling Skies” is a modern-day retelling of the American Revolution but with aliens as our oppressors as opposed to the British. It’s a nifty concept, well-executed by creator Robert Rodat and Executive Producer Steven Spielberg, and makes for the kind of satisfying binge-viewing viewers now demand from their television sets.

Events open a full six-months after the invading aliens arrived and the world stupidly trusted them. Every governmental, military, and technological infrastructure has been decimated. Untold millions are dead, and the few remaining American survivors have formed a loosely structured army that works more like an insurgency. The goal isn’t to defeat the overwhelming military and technological force of the aliens, the goal is to harass them into leaving.

“Falling Skies” focuses on the Second Massachusetts (2nd Mass), a direct reference to the Continental Army of 1775, a group of citizen warriors led by former-Army Captain Dan Weaver (the always superb Will Patton). His second in command is Tom Mason (Noah Wyle — the show’s star), a former history professor who lost his wife in the alien attack and is now desperate to not lose his three sons. 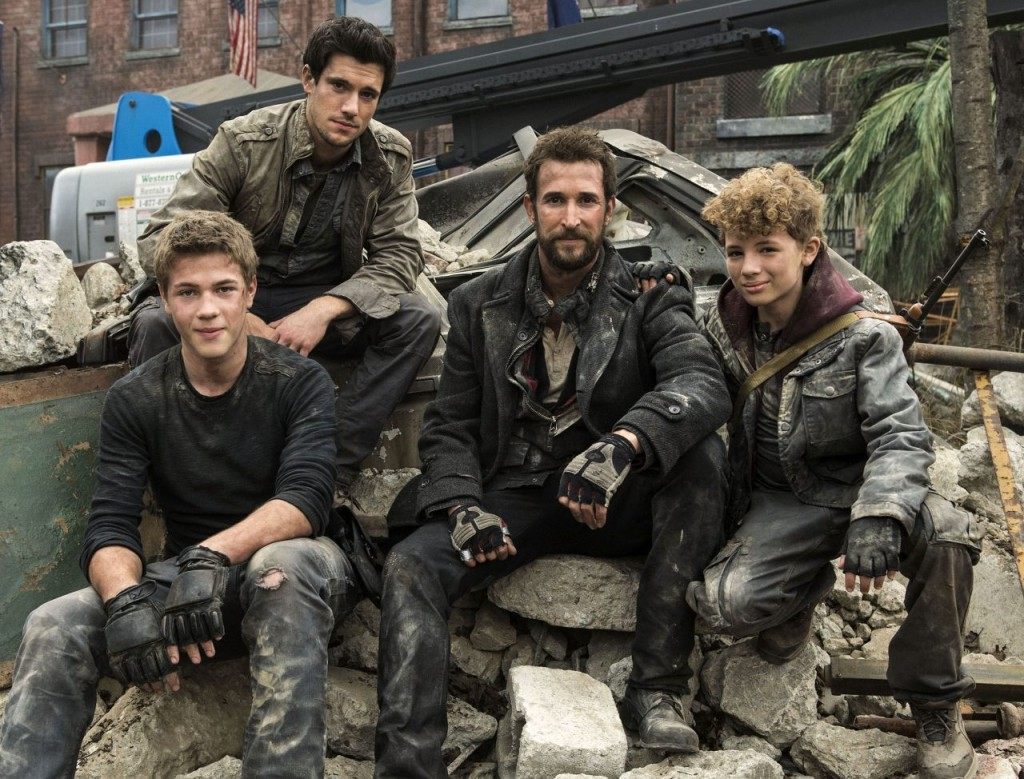 The special-effects are top-notch, especially for a cable television show, and there’s plenty of action, suspense, and plot turns to keep you tuning in. Last night I finished season three and will probably burn through the remaining two seasons this week.

“Falling Skies” is driven by a number of overriding themes. One not-so surprising, the others pleasantly so. With Spielberg on board, the fact that the show revolves around a family theme, specifically that of father and sons, is to be expected. But it is also welcome. The nuclear family, specifically the importance of the father in the development of the sons, hangs over every episode and storyline.

Another theme is the ongoing tension between military and civilian authority.  In-between battles with the extraterrestrial “skitters” (think E.T. as a big spider) and “mechs” (giant robotic guards) the 2nd Mass protects around 200 civilians. Oftentimes, within this group, the worlds of security and freedom come into conflict. 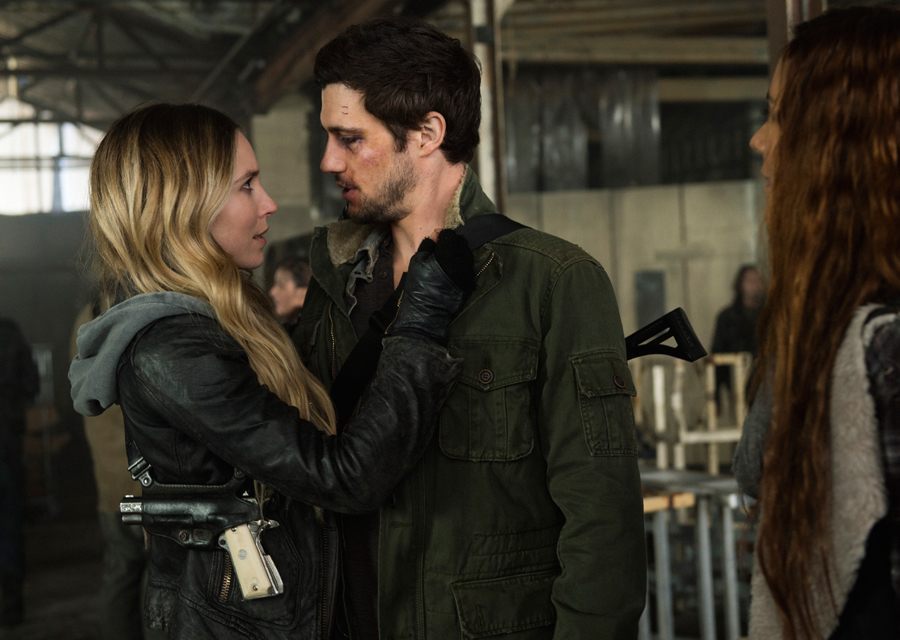 To the show’s great credit, these problems are handled with intelligence. The expected trope of the power-hungry military never arrives. Through Weaver, as gruff as he can be, reasoned arguments are made, even when his argument might not be the best one. Tom Mason’s character arc is all about this. The professor quickly loses what he calls his “academic naiveté” to embrace the ethos of a full-blown warrior.  This is also in keeping with the Revolutionary War theme.

Mason’s three boys, who range in age from grade-schooler to late teens, also learn to be soldiers. Young boys, some very young, carry rifles, do their duty, and sacrifice for a cause bigger than themselves. As far as the women characters, they are all beautiful, feminine, strong, and crucial to the fight as both nurturers and fighters.

What I love most about the show, though, is its unbridled love for America. The 2nd Mass is not fighting for something safely generic like “humanity” or “world freedom.” These are patriots fighting for the ideals of a country they very much believe in. Symbols of America, even Robert E. Lee, are everywhere. What governments that have been cobbled together are based on the U.S. Constitution. Characters speak of liberty, of democracy, of rule of law, of our traditions and Founders, of all the wonderful qualities that make America America. 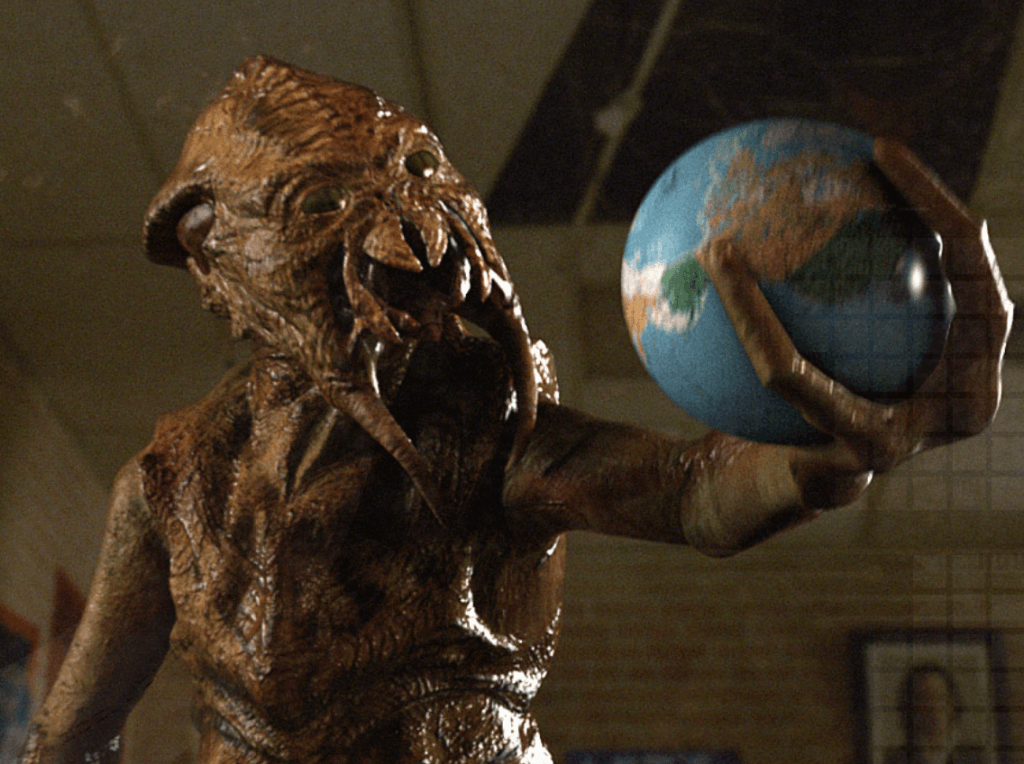 This is a rare thing in Hollywood today. Especially a left-wing Hollywood desperate to create products that can be sold to countries like China. Best of all, none of it is partisan. The only bias is towards America.

At least in the early seasons, faith and God also play a role. For obvious reasons, an alien invasion resulted in a loss of religious faith. This is portrayed as a terrible result for humanity, and again this is not a generic or spiritual approach — this is about Christianity.

On top of being entertaining, “Falling Skies” is even better: something healthy for our culture.

“Falling Skies: The Complete Series” (that comes with a ton of special features) is available in every imaginable format at Amazon.com.