In 2012’s “21 Jump Street,” a character tells another character to, “Go suck a d*ck.” If memory serves, the sequel, “22 Jump Street,” apologized for that line as homophobic, which made me want to break down in tears after punching someone. Simply put, I don’t want to live in an America where you can’t tell someone to “go suck a d*ck.” Marvel’s “Deadpool,” the latest sure-fire and very R-rated entry into that ever-expanding universe, does not have this problem.

That’s the good news. “Deadpool,” which is even more of a comedy than a superhero film, is not in any way hindered by political correctness. In fact, the self-referential script frequently mocks political correctness. The script is also unbelievably, indescribably (in this format) raunchy. One of the tamer examples is a lovely young woman reassuring a horribly deformed man, “That’s a face I can sit on.”

The only difference between the humor in “Deadpool” and a Judd Apatow movie is that “Deadpool” actually made me laugh.

Granted, the movie is funny. When our hero (Ryan Reynolds in a career-making role) taunts the villain by spelling out his girly name with the massacred bodies of dead henchman (including a decapitated head to dot the “i”), I about fell out of my seat. Nevertheless, two hours of nihilistic violence and raunchiness is about 90 minutes more than I would have liked. Admittedly, I’m a bit more of a prude than your average teen today, but my reaction had more to do with the repetition than the ick. 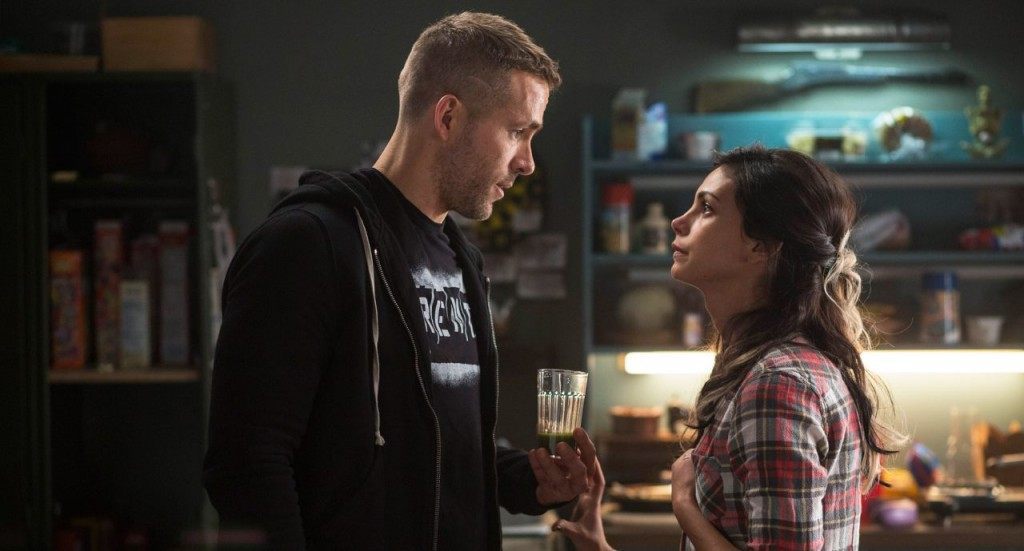 At first this anarchic approach feels liberating. Reynolds constantly breaks the fourth wall. Deadpool is not only aware that he is a superhero, he is also aware that he is in a superhero movie. Most refreshing is that he has no desire to be a goody two-shoes X-Man. Deadpool is not a joiner. He is also not a hero. He’s on a shameless quest for revenge, and revenge he shall have.

For the all its anarchy, though, “Deadpool” is still a standard Marvel origin movie. Wade Wilson (Reynolds) is just your average black market mercenary who falls in love with a gorgeous but foul-mouthed hooker (Morena Baccarin) when he’s diagnosed with terminal cancer. A last chance treatment places Wade in the hands of sadistic sociopaths who can cure his cancer by turning him into a mutant. Unfortunately, the small print says he must agree to be a slave.

As good as Reynolds is, and he is very, very good (and a long way from his “Green Lantern” debacle), Wade Wilson is basically Tony Stark with a foul mouth. The non-stop irreverence, the shield of ironic distance, the wild-eyed libertarian streak… There is really nothing new here. This includes the action sequences, which are rote-Marvel, just bloodier.

Moreover, “Kick-Ass” brilliantly invented this take on the superhero genre six years ago. “Kingsman: The Secret Service” did it better and with more originality just last year.

“Deadpool” has a lot going for it, but its only real lasting effect is to make me want to see its predecessors again.  I must say, though, that this feels like the kind of franchise that will improve over time.

DO NOT miss the after-credits scene. Chik-chika-chikahhh…

ADDED: Readers are pointing out that this is not a Marvel-Marvel film but a Fox-Marvel film. I realize that but in look and tone, straight through to the Stan Lee cameo, “Deadpool” is a total and complete Marvel film. It doesn’t feel like an “X-Men” film and it surely doesn’t feel like a “Fantastic Four” film. There is just no question 20th Century-Fox went with what works, surrendered its own aesthetic to embrace Marvel’s.