Dinesh D’Souza’s latest film, Hillary’s America: The Secret History of the Democratic Party, is off to a strong start at the box office after opening to an estimated $77,500 from just three theaters this weekend.

According to the Hollywood Reporter, Hillary’s America — D’Souza’s third film after 2016: Obama’s America and America: Imagine the World Without Her — scored a $26,000 per-theater average, good enough to earn the title of the year’s top per-theater average for a political documentary, besting the documentary Weiner, which took in $16,835 from five theaters during its opening weekend in May.

The film also easily beat Michael Moore’s political documentary Where to Invade Next, which earned a location average of $2,912 upon its release in 208 theaters in February.

As Breitbart News reported Sunday, lines snaked around the block as hundreds of eager fans waited to get into the film’s premiere in Cleveland on Sunday afternoon, timed to the opening of the Republican National Convention in the city.

The film received a similarly enthusiastic reception at its premiere in Los Angeles last week. 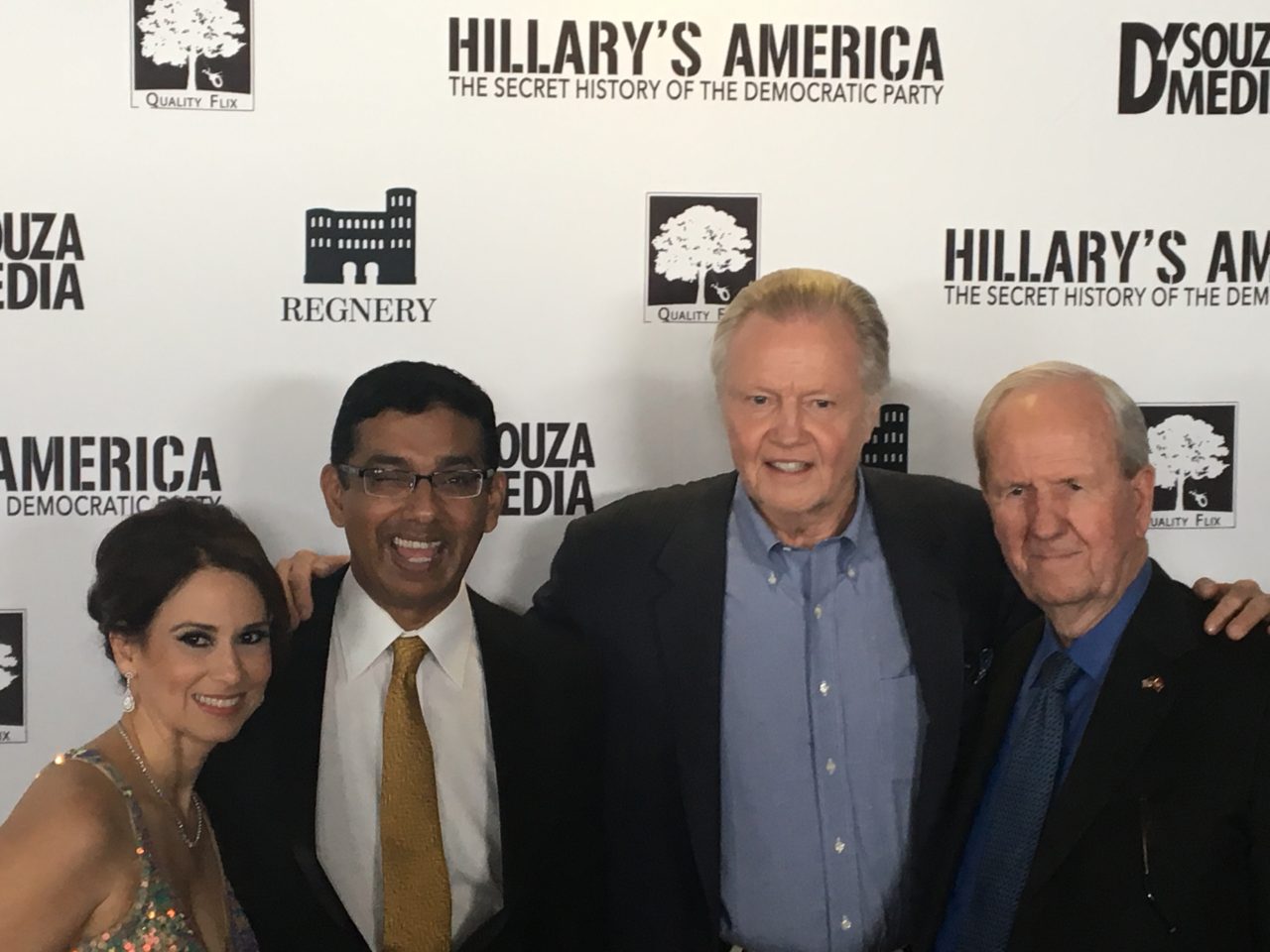 “At the end of the day, we want this film not only to help mobilize and rally and unify Republicans, but we also want the film to reach middle-of-the-road guys and Independents and the kind of people who will probably decide this election,” D’Souza said at the film’s premiere at the TCL Chinese Theatre in Hollywood on Monday.

“I’m not really trying to convert the left. I’m content to dismay and flummox them,” he jokingly added. “But ultimately we want to get this film to as many people as possible.”

Hillary’s America opens wide in 1,500 theaters on July 22. Watch the trailer for the film above.