Clothing retailer Urban Outfitters has entered the political fray and capitalized on the 2016 presidential election season with a wide range of anti-Donald Trump and pro-Hillary Clinton merchandise.

The retailer — which has courted controversy with some of its previous offerings — is selling anti-Trump pins, t-shirts and mugs featuring slogans including, “Vote Trump 20Never” and “IDK Not Trump Tho 2016,” while also offering pro-Clinton merchandise like the “Hillary Runnin’ Thangs Tour 2016” t-shirt.

The “IDK Not Trump Though” slogan started as a joke tweeted by comedian Dave Ross.

Ross told CBS News he had already sold hundreds of “IDK Not Trump Tho” T-shirts on his website idknottrumptho.com, before Urban Outfitters contacted him about signing a major distribution deal.

“Staples will print a custom campaign sign for $10, and I wanted one that made me laugh, and also express myself at the same time,” Ross said of his Trump-bashing political slogan.

I never ever ever put up campaign signs but I feel very strongly this year so I had one made! pic.twitter.com/MhuUetR5EW

“The licensing company told me that this is one of the most successful designs they’ve worked on with Urban Outfitters,” Ross said, according to CBS News. “They did a preliminary run of 300 T-shirts, which sold out in less than one day, and the next order was for thousands.”

Urban Outfitters, of course, took Ross’ idea and ran away with it. 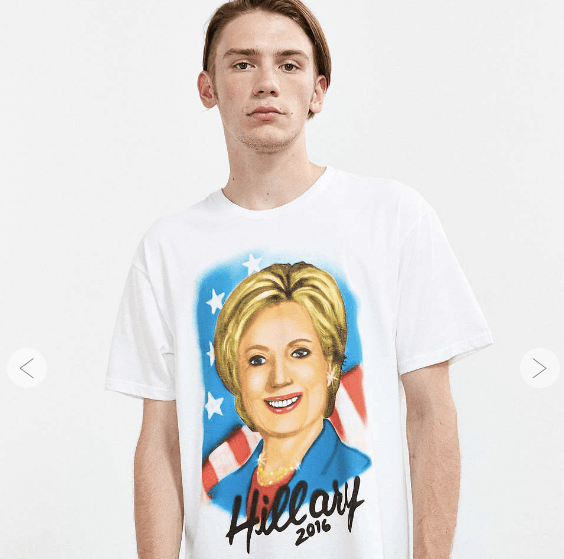 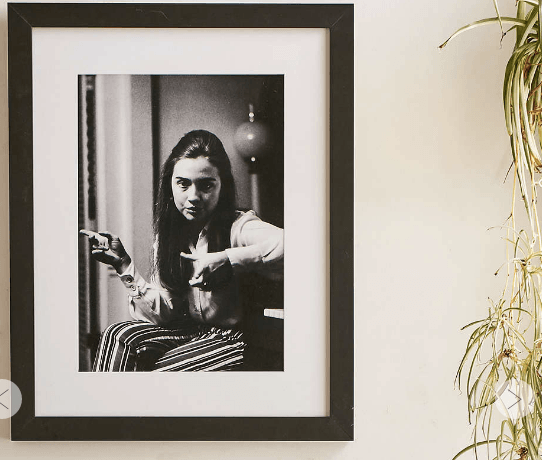 A description of the book reads: “A collection of Trump’s quotes from the stump, including his successes and other people’s failures. Read Trump on ‘dopes’ and ‘clowns,’ intelligence (his own), stupidity (others). Trump’s words are preserved here both as a public service and as a keepsake. Unfiltered. Unabridged. Unauthorized. Unbelievable.”

The book’s name is similar to Communist Chinese mass murdering dictator Mao Zedong’s infamous Quotations from Chairman Mao Tse-tung — commonly referred to in the West as the Little Red Book.

Some branding experts say the politically pointed merchandise is a risk for the risqué retailer.

It is unclear what the millennial-focused retailer’s CEO thinks about his company’s decision to sell merchandise bashing the GOP’s presumptive presidential nominee.

Urban Outfitters CEO Richard Hayne has been an avid financial supporter of Republican candidates in the past.