Beyoncé got quite the birthday present on Sunday in Philadelphia — namely, the chance to hang out with former president Bill Clinton.

The Lemonade superstar and the 42nd president of the United States were spotted chatting backstage at the Made in America music festival, which was founded by Beyoncé’s husband, Jay Z.

In addition to Beyoncé — who celebrated her 35th birthday at the festival on Sunday — Clinton was also snapped talking to Jay Z, Chance the Rapper and Travis Scott in the festival’s VIP lounge.

According to People, Clinton made the “impromptu” visit to the music festival to thank volunteers for registering Pennsylvania voters at the event and for helping to work on Hillary Clinton’s presidential campaign.

Clinton also reportedly hung around at the festival to watch Chance the Rapper’s performance. 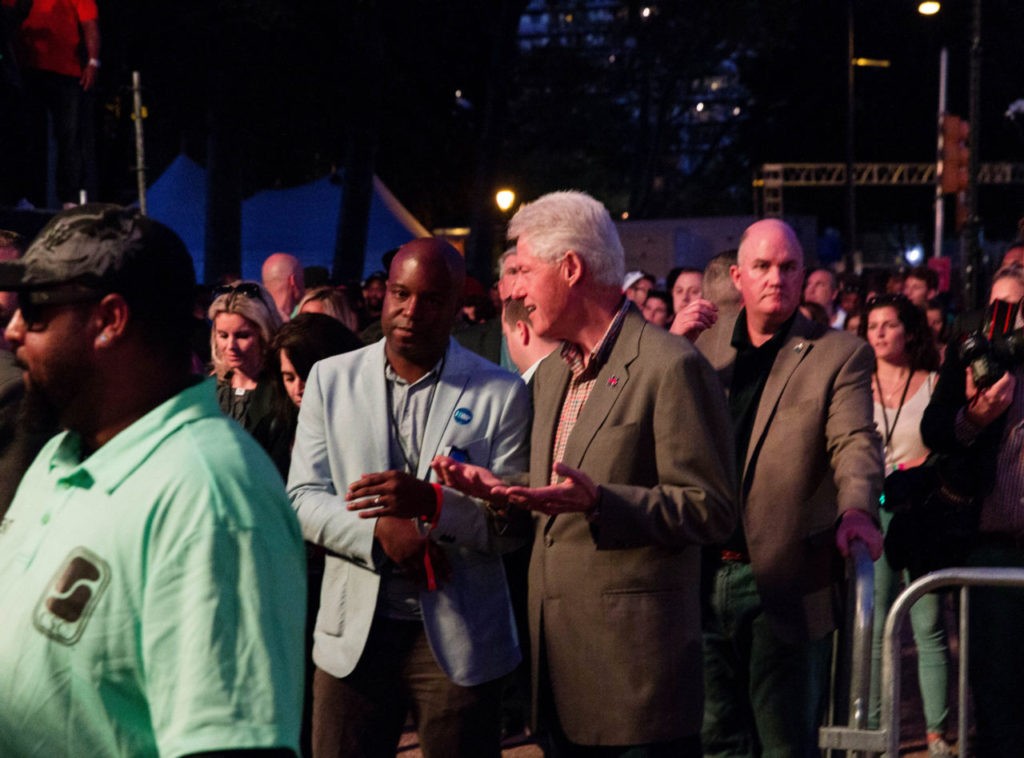 Bill Clinton is seen at The Budweiser Made In America Festival on Sunday, Sept. 4, 2016, in Philadelphia. (Michael Zorn/Invision/AP)

Beyoncé has long supported Hillary Clinton’s presidential run; in May, the singer attended a fundraiser for the Democratic candidate at music mogul L.A. Reid’s house. Both the singer and Hillary Clinton were also reportedly included on the A-list guest list for President Obama’s birthday party at the White House earlier this summer.

Beyoncé got her own birthday shout-out at the festival Sunday as Chance the Rapper led the audience in a “Happy Birthday” sing-along.

The two-day Made in America Festival — now in its fifth year — saw performances from headliners Rihanna and Coldplay and from other big-name music acts including 2 Chainz and Lil Wayne, Edward Sharpe and the Magnetic Zeros, Gary Clark Jr. and DJ Khaled.