Rockers Bono, Jon Bon Jovi and Sting joined several other celebrities and Bill Clinton on Monday for what will be the former president’s final Clinton Global Initiative conference in New York City this week.

“I look forward to this night every year and I was sitting here thinking, boy I’m going to miss this,” Bill Clinton told guests at the event, according to the Daily Mail. Clinton delivered remarks during Monday evening’s Global Citizens Awards.

Sting also reportedly delivered a brief speech at the event, while Jon Bon Jovi closed out the evening with a performance of the Beatles’ “Help,” and his own “Livin’ on a Prayer.” 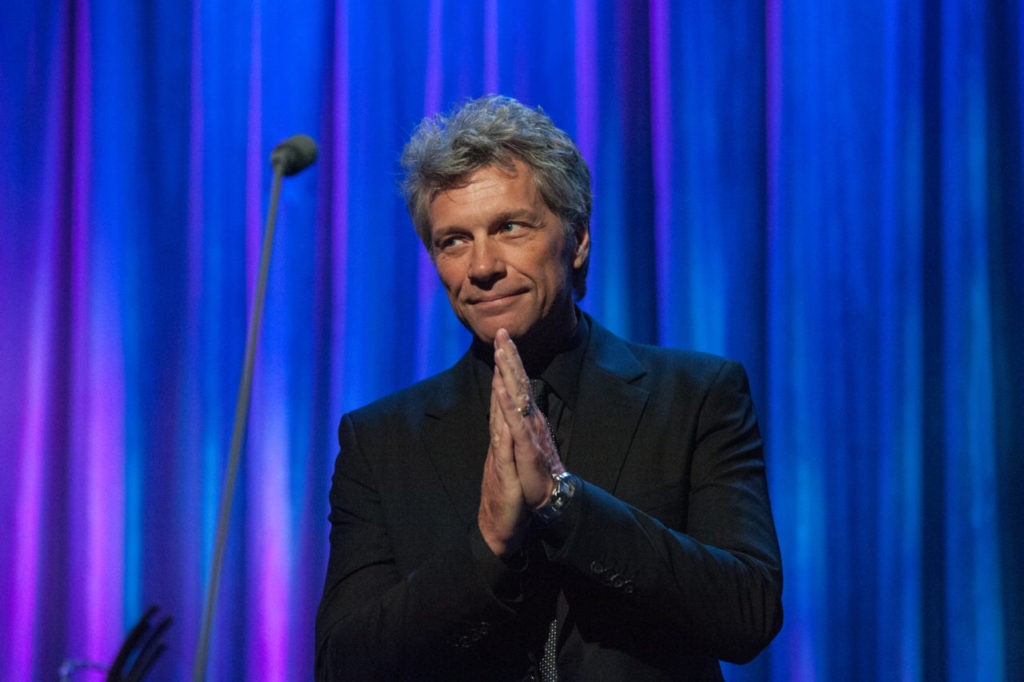 Clinton reportedly recalled how the Bon Jovi frontman once sang for him on his birthday “something that all our honorees have had to live by and learn.”

“In the darkest of times, with the deepest of divisions, with the bitterness of hatred and the stupidness of short-sightedness, the only great hit written by George Harrison: ‘Here Comes the Sun,'” Clinton reportedly concluded.

Meanwhile, U2 frontman Bono was also in attendance during Monday’s event. In August, a batch of emails from Hillary Clinton’s tenure at the State Department revealed that a former aide to Bill Clinton asked State to accommodate an unusual request from Bono, who has long been a friend to the Clinton Foundation and is a regular Clinton Global Initiative attendee. The singer reportedly wanted to use video footage from the International Space Station on U2’s world tour. 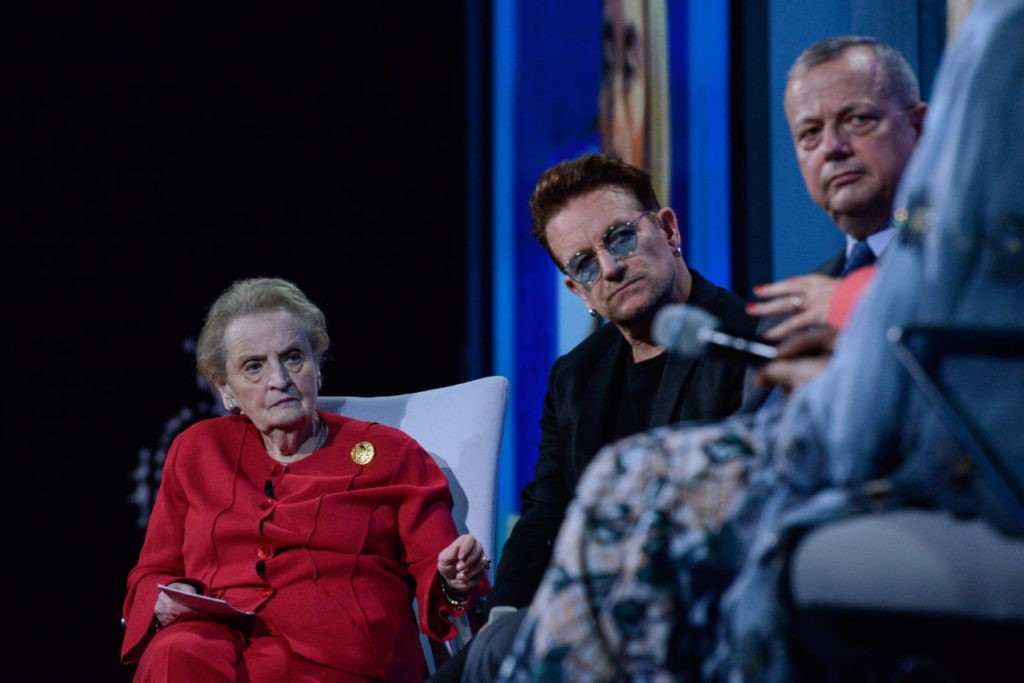 Former secretary of state Madeleine Albright moderates a discussion sitting next to singer Bono of U2 during the Clinton Global Initiative Annual Meeting at the Sheraton New York Times Square Hotel on September 19, 2016 in New York City. (Stephanie Keith/Getty Images)

The CGI began on Monday and will conclude Wednesday. Clinton will be leaving the Clinton Foundation and CGI as part of Hillary Clinton’s presidential bid. The Democratic presidential nominee has stated that she will leave her family’s organization if she wins the election in November.

The Daily Mail reports that the Clinton Global Initiative, a part of the family’s controversy-plagued Clinton Foundation, “attracted fewer CEOs, stars and Republicans this year” due to criticisms leveled against it by many who have accused the CGI of facilitating a “pay-to-play” scheme, where political favors were done in exchange for donations while Hillary Clinton served as Secretary of State.

Breitbart News reported Monday that Clinton recently admitted that “some donors to the Clinton Foundation may have sought to win favors from the government, particularly the State Department,” during Hillary Clinton’s tenure as head of the agency.

Madeline Albright was also present and spoke at the conference on Monday. Albright became the first female United States Secretary of State under President Bill Clinton.