Veterans groups were left outraged after producers for the upcoming Transformers film decorated the home where former British Prime Minister Winston Churchill was born with Nazi flags to film a scene this week.

British paper The Sun published photographs on Thursday appearing to show Blenheim Palace — where Churchill was born in 1874 — draped in red flags covered with Nazi swastikas, apparently decorated that way for a scene in the forthcoming Transformers: The Last Knight.

The Sun also reported that actors dressed in SS uniforms, a Panzer tank, a German anti-aircraft tank and Mercedes-Benz cars were also present on the property as the scene was filmed.

In a statement to the paper, Col. Richard Kemp, a former commander of British forces in Afghanistan, said that Churchill “will be turning in his grave” over the incident.

“I know it’s a film, but it’s symbolically disrespectful to Churchill,” he said.

Blenheim Palace was built in the early 18th century and was designated a UNESCO World Heritage site in 1987. Jamie Spencer-Churchill, the 12th Duke of Marlborough, currently resides there, and the palace has reportedly been used as a filming location for several recent films, including the James Bond film Spectre and Disney’s live-action Cinderella. 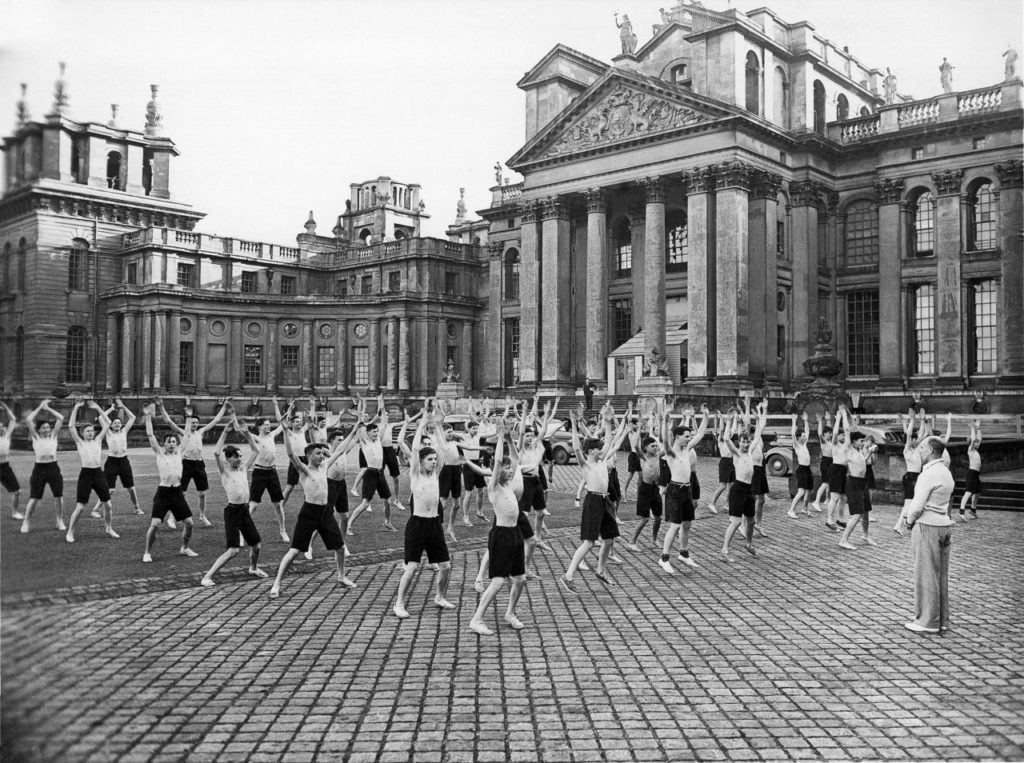 A physical training class in progress in the open air in the great court at Blenheim Palace, with the superb façade of the Palace as a background in an undated photo. (AP Photo)

“It’s a total disgrace,” Veteran’s Association UK head Tony Hayes said in a statement to Variety. “Blenheim is the ancestral home of our wartime leader. A lot of the older generation find it totally appalling. It’s an insult.”

Michael Bay — who has directed all of the Transformers films and is helming The Last Knight, the fifth film in the franchise — told the BBC Friday that he would never do anything to “disrespect veterans.”

“People have not been fortunate enough to read the script and they don’t know that Churchill in this movie is a big hero,” Bay said. “Churchill would be smiling. When you see the movie, you’ll understand.”

Transformers: The Last Knight is scheduled to hit theaters June 23, 2017.