The first episode of rap mogul Irv Gotti’s new BET drama centers on the “race reversed” killing of a young white boy by black police officers and concludes with the lynching of a white man, played by actor Brody Jenner.

According to a BET synopsis of the two-hour episode, F**k Tha Police “focuses on the controversial killing of a young white boy at the hands of two Black police officers and a district attorney’s struggle to convince the lone witness to testify in court.”

Explaining the concept of the controversial episode’s ending, with Jenner depicted hanging from a tree, Gotti wrote in an Instagram post that it “reminds us of the fact that our ancestors Hung from a Tree. So it goes with the whole Race Reversal Vibe of the episode.”

I wanted to explain this scene. I put it in the ending Riot scene at the end with D'Angelo "How Does It Feel" playing. Because I wanted to show in reverse. What Hollywood always shows Black People. Reminds us of the fact that our ancestors Hung from a Tree. So it goes with the whole Race Reversal Vibe of the episode. And who did I call to get hung. MY FUCKING BROTHER. @brodyjenner who was totally down for what I was trying do. And the message I was trying to get across. Which by the way. Is a message that what's wrong is wrong. Doesn't matter if someone is Black. White. Spanish. Indian. Asian. What's wrong is wrong. And these cops need to get PUNISHED. For killing innocent people. So maybe seeing it done to White People. In this FICTIONALIZE piece. And seeing these things done to them. Maybe people will have a lil more compassion when 12 year old Tamir Rice gets gunned down. Or Philando Castillo gets killed for nothing. Or Alton Sterling and Eric Gardner. Trayvon Martin. The list is too long and needs to stop. So I thank Brody Jenner. And my brother @paul_smenus NICK CASSAVETE. Who portrayed Rodney King. I hope everyone got the message. I really want everyone to get emotional about what they seen. And remember. None of the actors got killed in this fictionalized piece. But I can continue to name the black people that are really dead. I believe in this world we in. I believe the cool people outweighs the racist motherfuckers. So that is what I tried to do. Hope you guys get it. #talesonbet #tidal #visionaryideas #hiphopculturedtv 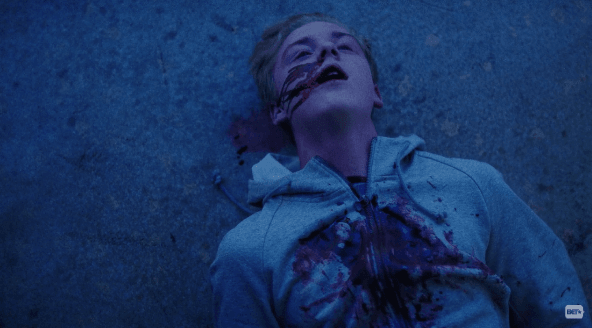 The inspiration for the episode, Gotti says, came from the 1996 drama A Time to Kill.

“What made me do the race reversal is the simple fact I love this movie called A Time To Kill with Sam Jackson where Matthew McConaughey plays this lawyer and at the end of the movie he depicts a girl, 12 year old girl, who gets beaten and brutally raped and beaten and then he says ‘Imagine she’s white,'” Gotti told NBC News.

“It also came behind the concept of ‘Hey, how would you like it if that was done to you?’ All these things we know doesn’t happen to white people,” he explained.

“Making it happen to white people, it makes you feel a little different,” the Murder Inc. Records boss continued. “It hits you differently and hopefully it hits everyone differently and then they will understand that most of what I’m portraying really has happened to black people. Hopefully it hits home and it starts the dialogue and people talking about all of these bad things.”

Gotti told TMZ he wants the brutal scenes in the series to horrify and shock audiences into seeing “how black people are living.”