Actor and immigration activist George Clooney will move to Los Angeles with his wife Amal and newborn twins Ella and Alexander due to security concerns at his England estate, according to a report.

Life & Style magazine reported last week that the 56-year-old Oscar-winner will move his newly-expanded family to his mansion in Studio City, California, after deeming his 17th century mansion in Sonning, England to be not sufficiently safe for them.

“As soon as Amal found out she was pregnant, he hired former Secret Service agents to assess all his properties and make recommendations for improvement,” an unnamed Clooney “insider” told the magazine. “His mansion in Studio City [Calif.] was deemed the most secure, and it’s within minutes of an LAPD station.” 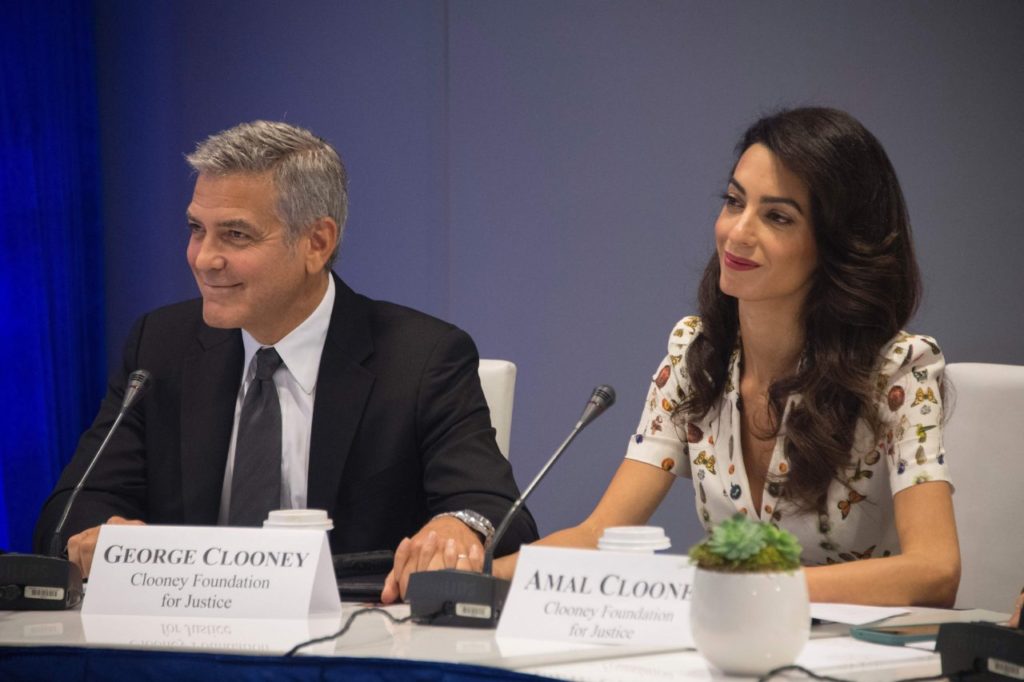 Actor George Clooney (L) and his wife Amal Alamuddin Clooney attend the CEO Roundtable on the sidelines of the 71st session of the United Nations General Assembly in New York on September 20, 2016 in New York. / AFP / JIM WATSON 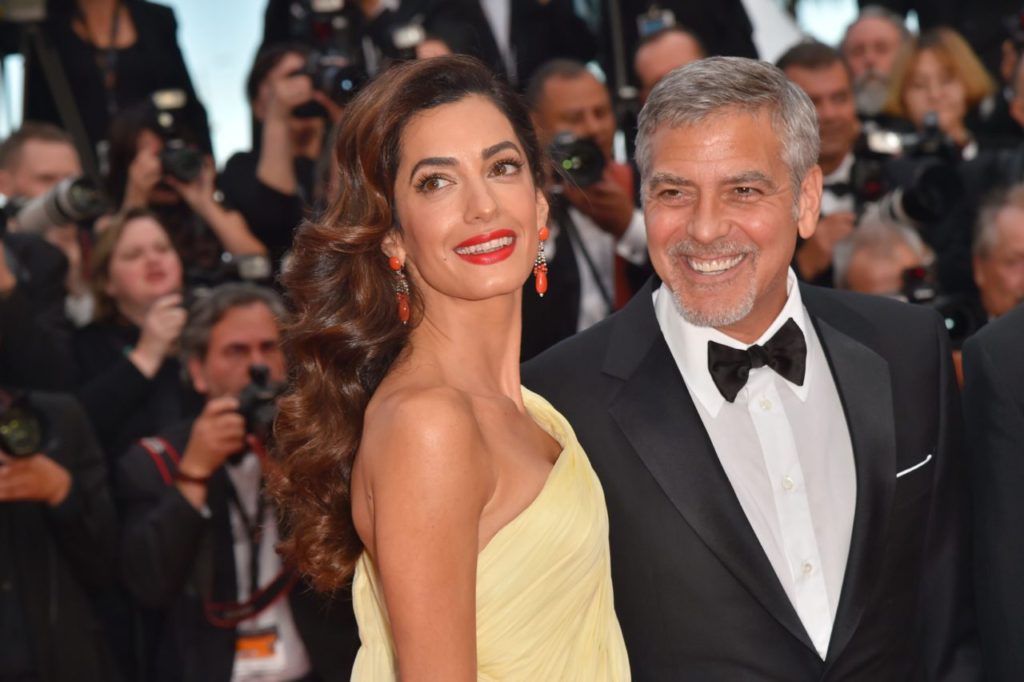 The insider added that the actor has received “serious” threats against his safety in recent years, as has his wife Amal, whose has in the past called for terrorist groups including ISIS to be prosecuted as part of her work as an international human rights attorney.

“He doesn’t feel like Amal and the twins are safe living in the English countryside,” the source told Life & Style. “He’s determined to move his family to LA, where he feels much more secure.”

The report comes as England has been rocked by terrorist attacks in recent months, including the terrorist bombing of a concert by pop singer Ariana Grande in Manchester in June that claimed the lives of 22 people, many of them young children.

In May, British government officials disclosed that 23,000 known jihadi terrorists are believed to be residing in Britain, far more than the 3,000 that had initially been reported. 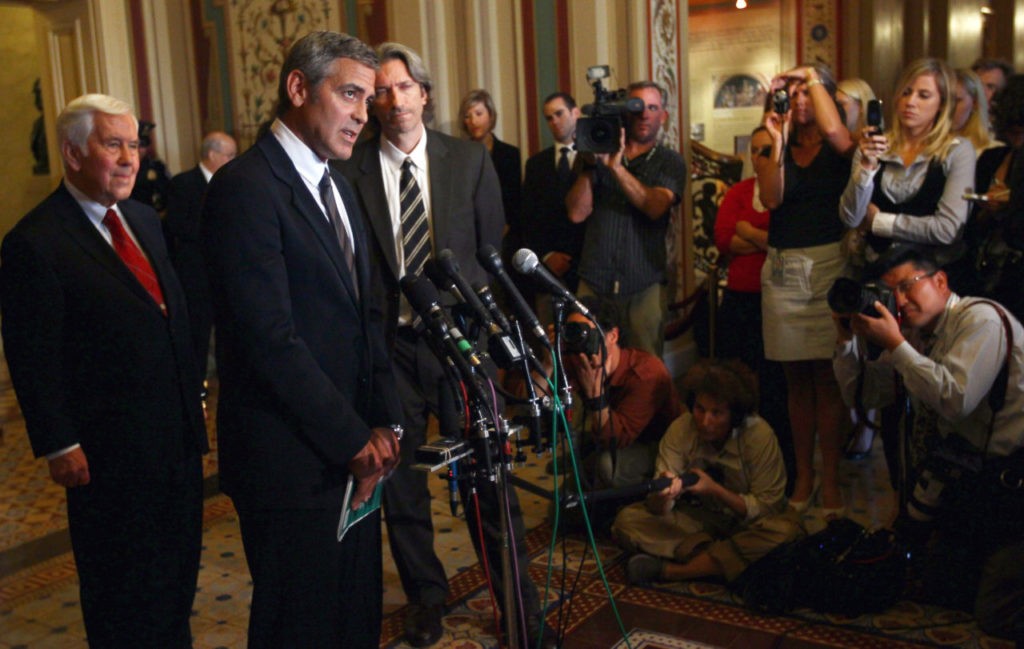 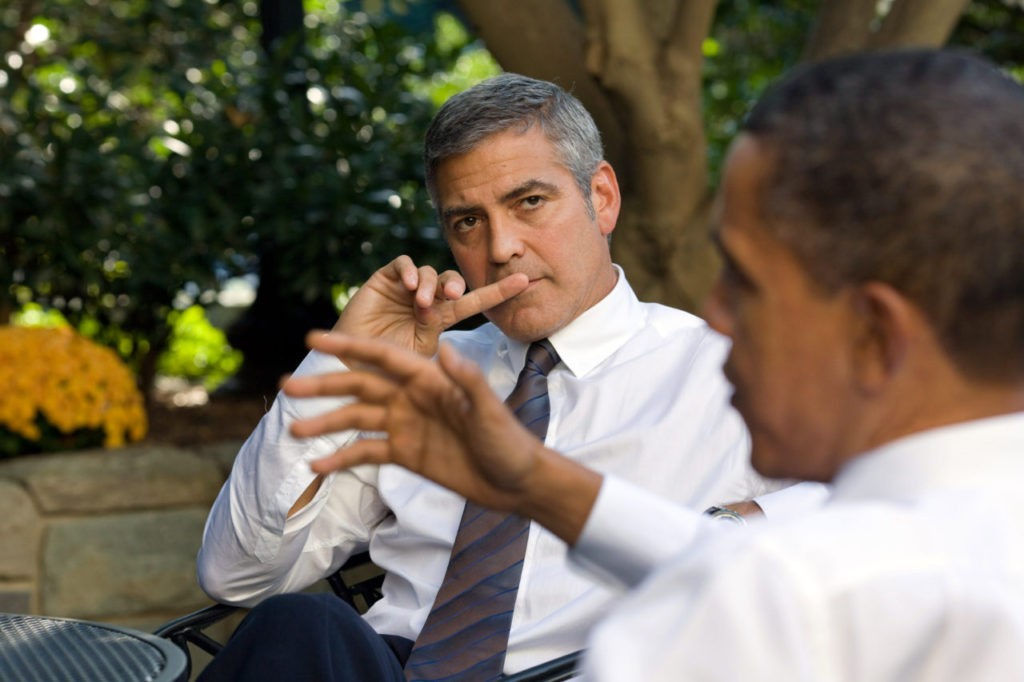 In this handout image provided by the White House, U.S. President Barack Obama (R) talks about Sudan with actor George Clooney during a meeting outside the Oval Office October 12, 2010 in Washington, DC. (Pete Souza/The White House via Getty Images)

The move for the Clooneys comes as both George and Amal have been among the most vocal and active celebrity advocates for open borders and the free flow of refugees between countries.

In February of last year, the actor met privately with German Chancellor Angela Merkel, and praised the German leader’s acceptance of refugees from Syria and other countries. The same month, Clooney told Sky News in an interview that the United States is not doing “enough” to help Syrian refugees, and that 10,000 refugees per year was too low a figure to be admitting into the country.

In an April 2016 interview with the BBC, Amal Clooney criticized then-Republican presidential candidate Donald Trump’s plans to build a security wall on the U.S.-Mexico border, telling the outlet that the plan does not represent “U.S. values.”

George has also been an outspoken critic of Trump, telling The Guardian in a March 2016 interview that he believes Trump to be a “xenophobic fascist” and an “opportunist.” He previously described Trump’s immigration policy proposals as “idiotic” and “intolerant.”

Clooney owns several homes throughout the world, including a massive estate in Lake Como, Italy. The actor has previously taken extensive security measures to keep his home in Italy private, and in 2015, local mayor Robert Pozzi reportedly imposed a $600 fine on anyone found trespassing near the actor’s property. 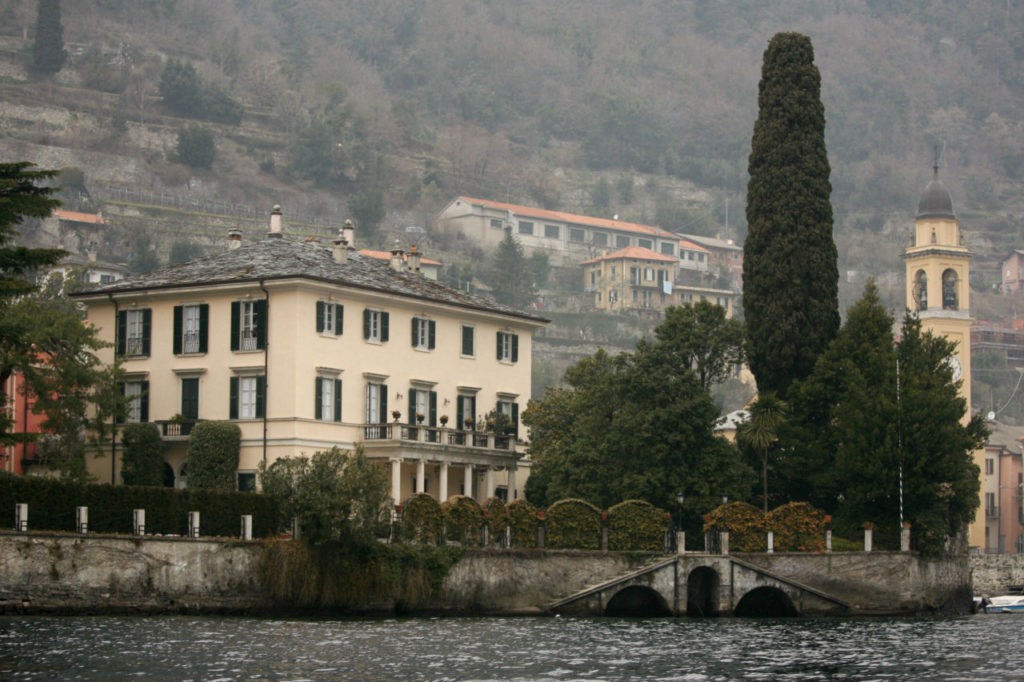 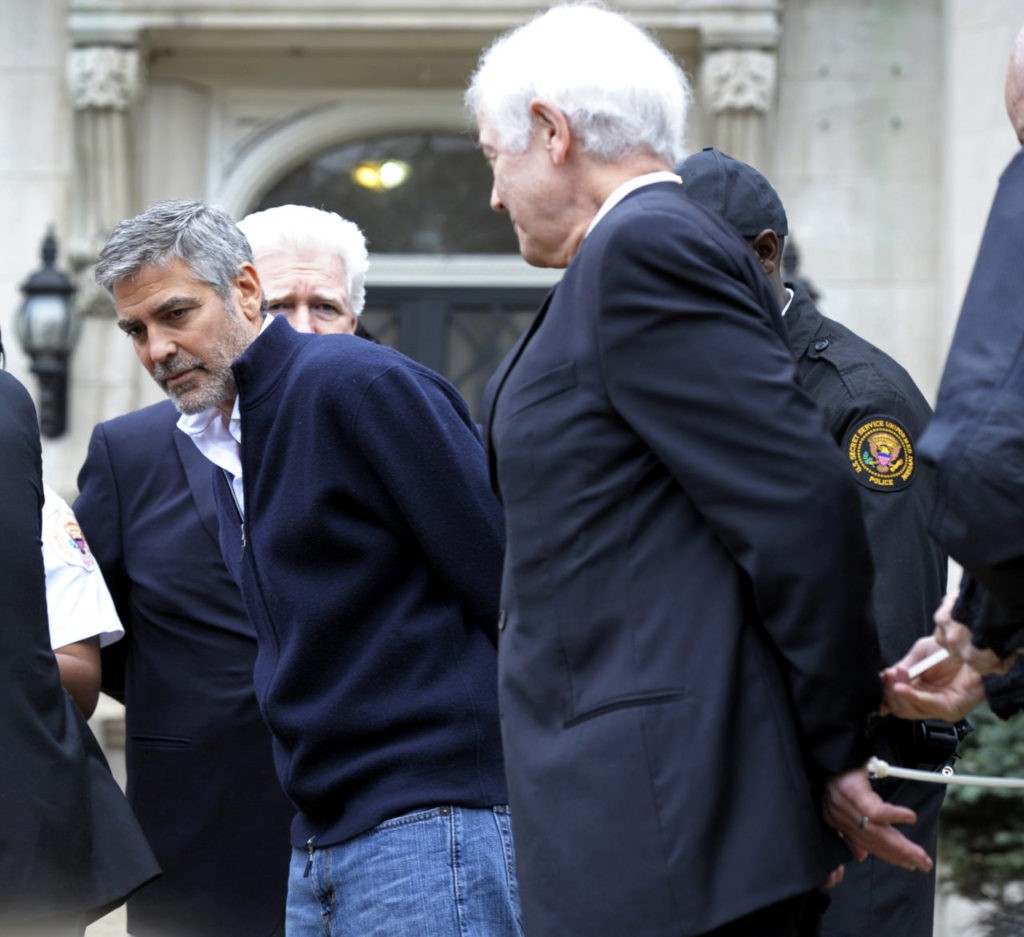 In July of last year, a makeshift refugee camp was established in Lake Como after the Swiss government decided to close its southern border with Italy. Dozens of refugees arrived from African and Asian countries were housed in tents close to the Clooneys’ home, with a local tour guide telling the Daily Mail that the refugee camps were a “big problem because of the huge numbers [of refugees] who are arriving all the time.”

On Monday, George and Amal were photographed with their newborn twins for the first time as they traveled to the Lake Como property by private jet for an Italian vacation. The actor is said to spend summers at his Italian estate.