Whoopi Goldberg blasted Black Lives Matter activist DeRay McKesson after he said he was “offended & appalled” by how a Planet of the Apes movie poster appeared to show an army of apes as black people.

McKesson responded to a Twitter message posted by “Anti-Racism Strategist” Tariq Nasheed‏ that read: “Does the new Planet of the Apes poster have racially coded messages?Notice the #BlackLivesMatter symbolism.Notice the ape with the blue vest.”

Does the new Planet of the Apes poster have racially coded messages?Notice the #BlackLivesMatter symbolism.Notice the ape with the blue vest pic.twitter.com/8dnr42OxjK

McKesson, who’s known for wearing a blue vest, responded to Nasheed in a tweet in which he placed a circle around an ape in a blue jacket and included a photo of a blue jacket-wearing toy of the movie character.

“Given the history of rendering black people as apes, I’m offended & appalled by the lack of consciousness in Hollywood,” McKesson tweeted.

“In associating black people w/ apes, active work is being done to perpetuate the dehumanization of black ppl in mass media,” McKesson wrote in a separate tweet that appears to have since been deleted. 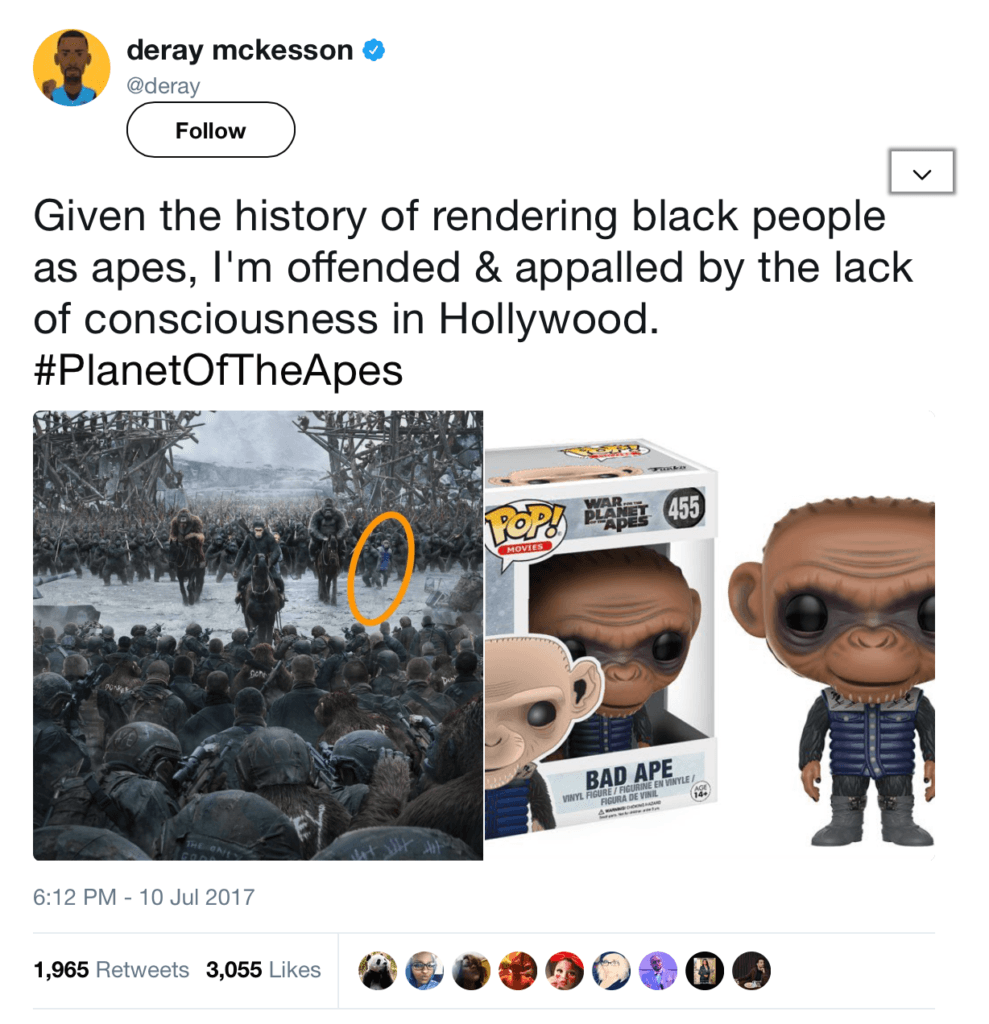 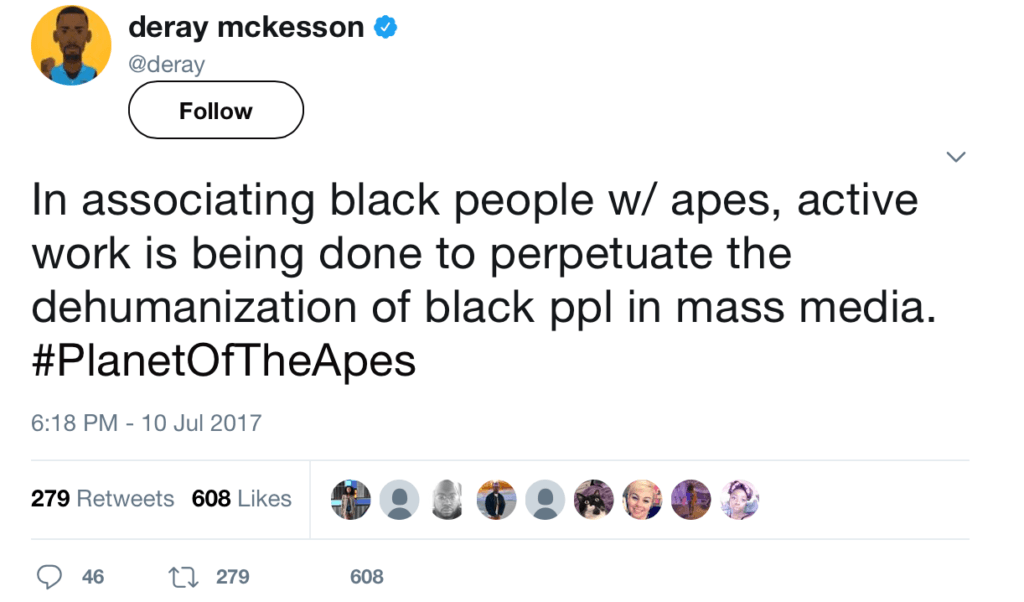 You're outraged because they're recreating the look of the original ape in 1968. You don't own wearing blue vests man. Grow up. pic.twitter.com/XF9b0DurVt

Goldberg, however, unloaded on the left-wing activist Wednesday on The View.

“DeRay, you need to go back and watch the 1968 original and check out what the apes were wearing. This has nothing to do with you,” Goldberg said. “This was a movie about what happens when mankind doesn’t pay attention to the environment, to how we treat animals and each other. That’s what that movie was about… Get over yourself!

“DeRay, come on over. Explain your behind,” the ABC host said.

.@WhoopiGoldberg, if you have something to say, I'm here.

He also explained his reason for deleting his original tweets.

Now, with the #PlanetOfTheApes poster & toy, I was contacted by folks within Hollywood who thought there was an issue, hence those tweets.

After speaking with even more people about the history of the film, I deleted the tweets.

War for the Planet of the Apes is directed by Matt Reeves, stars Andy Serkis, Woody Harrelson, Steve Zahn, Amiah Miller, and opens in theaters on July 14.