Kid Rock delivered a defiant political speech from behind a podium during his concert Tuesday night in Grand Rapids, Michigan, in which he blasted “deadbeat dads” and “f*cking bigots” and the KKK, telling them to “stay the f*ck away.”

The rocker — who was warming up at the Van Andel Arena for a six-night stand at the Little Caesars Arena in his hometown of Detroit, Michigan, later this month — donned a star-spangled scarf as “Hail to the Chief” played over the loudspeaker, before he launched into a fiery stump-style speech.

Rock — real name Robert James Ritchie — has repeatedly teased that he will run for a U.S. Senate seat in Michigan next year.

The singer said God had blessed him in his career, but that he believed most politicians were interested in “redistribution of wealth:” “And I don’t believe you should save, sacrifice, do things by the book, and then have to take care of some deadbeat, milking-the-system, lazy-ass motherf*cking man.”

Rock said the issue of single parenthood was near to his heart, but that America should not reward women who can’t take care of themselves, but keep having “kid after f*cking kid.”

“Of course we should help them out, I don’t want to sound like a jerk,” he added. “But let’s help them out with childcare, job creating, and put their goddamn asses to work!”

Rock also took on “deadbeat dads:” “I say lock all you a**holes up and throw away the f*cking keys!” 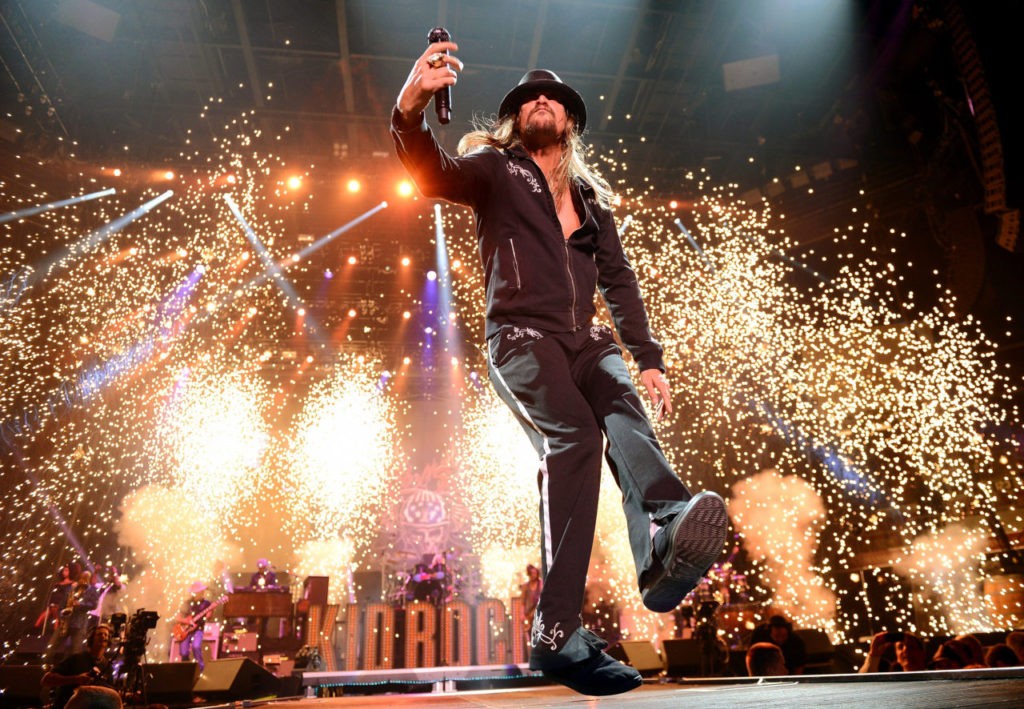 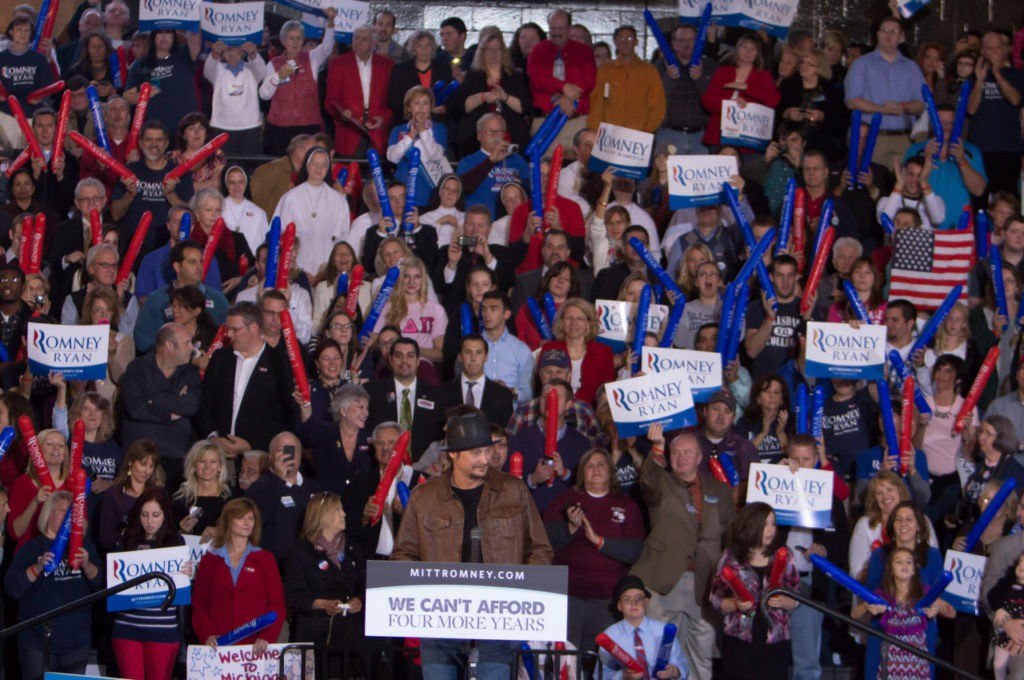 “And if you want to take a knee, or sit during our Star-Spangled Banner,” he continued. “Call me a racist ’cause I’m not PC, and think you have to remind me that black lives matter? Nazis, f*cking bigots, and now again the KKK? Screw all you assholes, stay the f*ck away!”

As he spoke, the musician’s lines were punctuated by blasts from his band’s guitarist and drummer.

“Now let’s get down to brass tacks, before I hit you with this funk,” he continued. “Like it or not, Hillary Clinton lost, and your president is Donald mother*cking Trump. But if Kid Rock for Senate has got folks in disarray, wait ’til they hear Kid Rock for President of the U.S.A.!”

Rock’s campaign-style speech comes as he has repeatedly taken on critics of his possible Senate candidacy. Last week, the “Born Free” singer responded to a complaint that he had not yet filed candidacy requirement documentation by pointedly telling his critics: “Go f*ck yourselves.”

Early polling conducted on a hypothetical matchup between Rock and incumbent Sen. Debbie Stabenow (D-MI) found the musician with a narrow lead statewide, though he boasts a double-digit lead over his closest potential Republican rivals.