The forthcoming, 15-episode order of Star Trek: Discovery, to debut this month exclusively on the Internet-based CBS All Access, will follow a familiar Star Trek practice as the series looks to use its stories to comment on contemporary events.

The story arc of the new Trek series will focus on early relations between the United Federation of Planets and the war-like Klingon Empire. According to producers, that conflagration is an allegory to today’s political climate in the age of Trump, according to Entertainment Weekly. 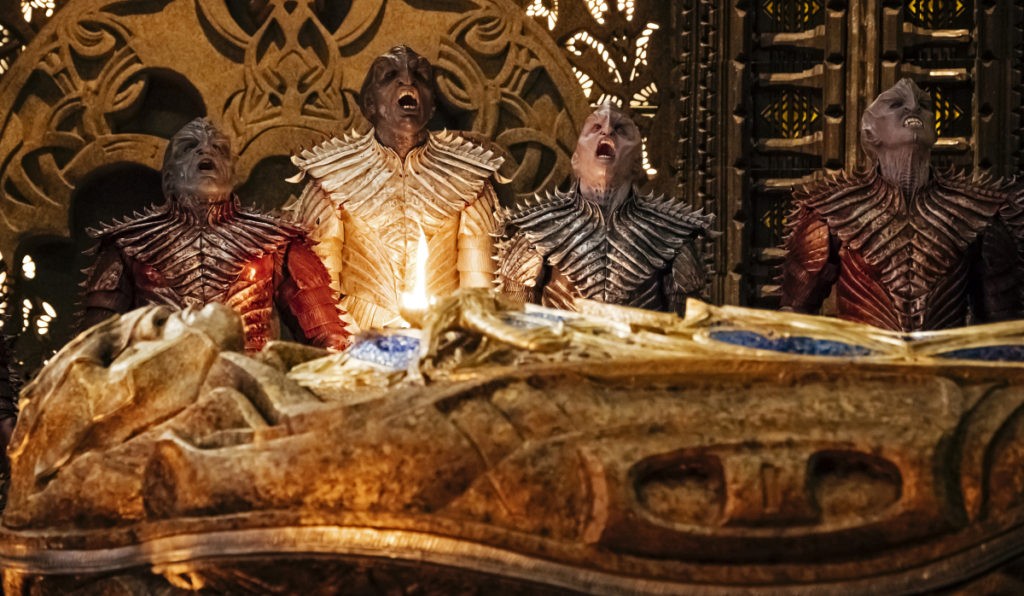 The allegory is that we really started working on the show in earnest around the time the election was happening. The Klingons are going to help us really look at certain sides of ourselves and our country. Isolationism is a big theme. Racial purity is a big theme. The Klingons are not the enemy, but they do have a different view on things. It raises big questions: Should we let people in? Do we want to change? There’s also the question of just because you reach your hand out to someone, do they have to take it? Sometimes, they don’t want to take it. It’s been interesting to see how the times have become more of a mirror than we even thought they were going to be.

The producer also noted that its war theme would cause Starfleet to “examine their ideas and ethical rules of conflict and conduct.”

Harberts added that the war brewing between the federation and the Klingons “provides a backdrop to how we want to be as a society and that analysis and self-reflection is new for Trek. They’ve done it in certain episodes in the past, but this is a true journey for the institution in itself.”

He also admitted that Trump’s confrontation with North Korea also featured in their story.

“North Korea is in our thoughts as we finish the series,” Harberts told the magazine. “What began as a commentary on our own divided nation — in terms of Trump supporters and non-Trump supporters — has blown out to North Korea and how we’re right on the brink.”

Fans seem wary of the new series, at least as far as these new Klingons are concerned. The latest depiction of Klingons differs markedly in physical appearance from the original show as well as the slew of Star Trek spinoffs from the 1990s.

Fans spent decades struggling to explain why Klingons looked more like humans, but just with dark skin and Fu Manchu mustaches in the original, 1960s series but had developed brow ridges and a mane of hair by the time Star Trek: The Next Generation debuted in 1987. Now, the news series depicts Klingons as completely hairless with ridges that seem to run from their forehead all the way down their backs. The newest Klingons look more alien than any before them, yet this series is supposedly set between Captain Kirk’s Star Trek and the Next Generation eras.