First Lady Melania Trump debuted the display of the iconic gown she wore for her husband’s inaugural ball, designed by Hervé Pierre, at the Smithsonian Museum of American History on Friday.

Melania, who collaborated with Pierre on the gown, wore a pale pink-colored Jil Sander coat, a white shift dress and matching pale pink Manolo Blahnik stilettos to showcase the exhibit surrounding her gown alongside the designer, himself.

The Slovenian-born former model and Pierre, who have become close friends and collaborators, posed next to one another beside the famous inaugural gown, which was constructed of sleek silk crepe and a red ribbon encircling the waist of the garment. 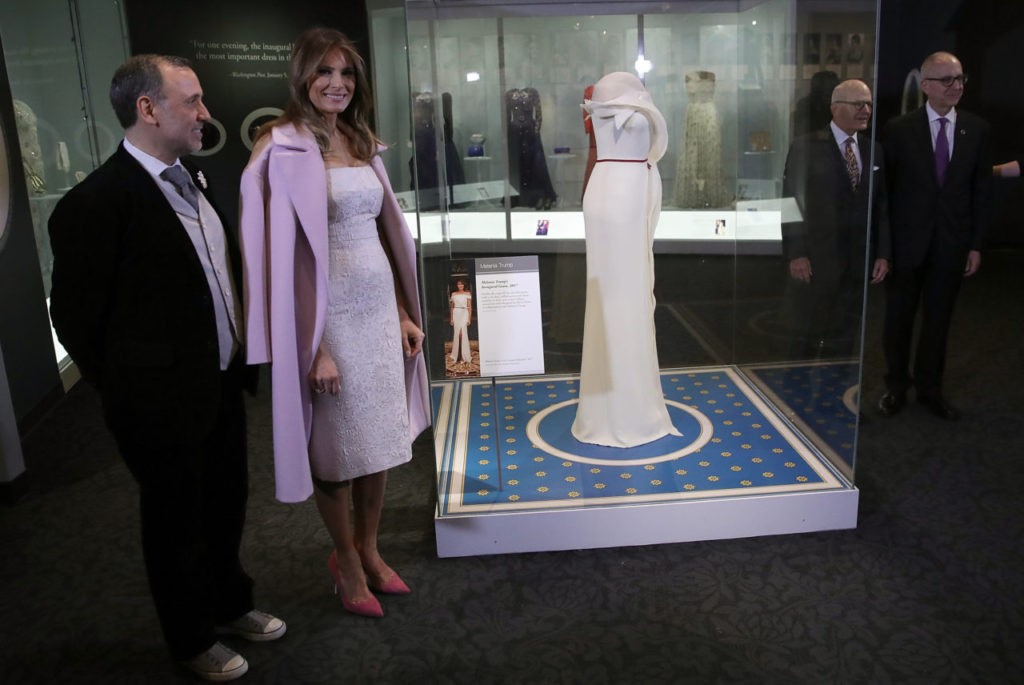 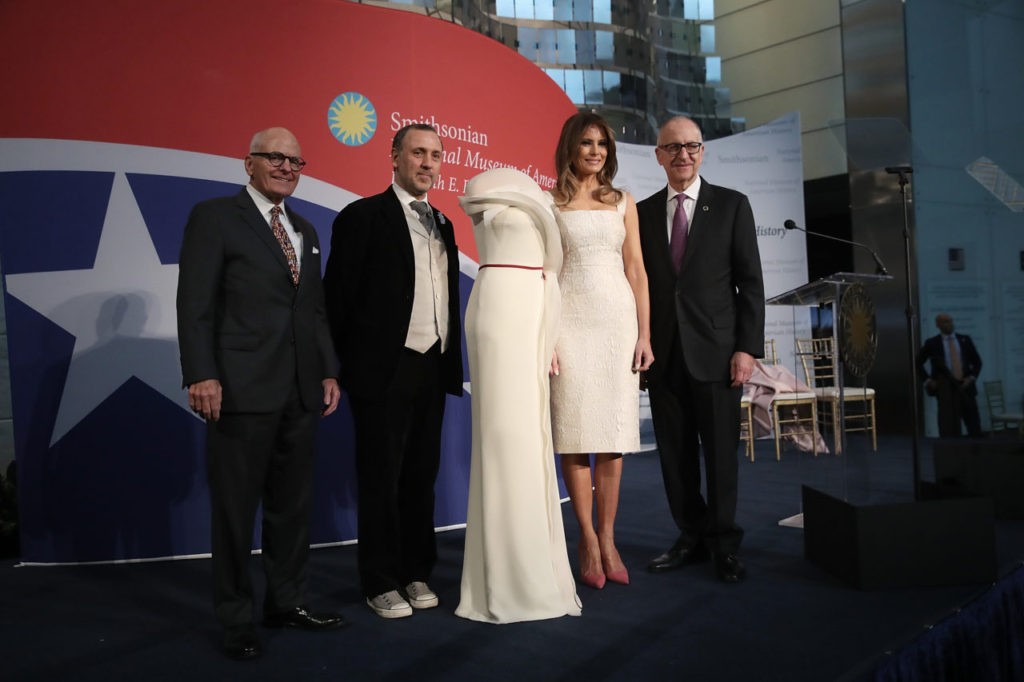 The first lady said: “Today is such an honor as I dedicate my inaugural couture piece to the First Ladies exhibit at the National Museum of American History.” (Win McNamee/Getty Images)

First Lady #MelaniaTrump donates her Inaugural Dress to the American History Museum in #WashingtonDC and we were invited to get the Inside Look! #flotus #trump #fashion #dc #style #instagram #instafashion #instagram #entertainment #fashionblogger #friday

Melania, as Pierre previously told the New York Times, was influential in designing the gown, making clear to the former head of Carolina Herrera that she wanted a neckline that was perfectly cut straight from shoulder-to-shoulder. Pierre had another neckline in mind — he wanted a curved look — but ultimately caved to Melania’s proposal. 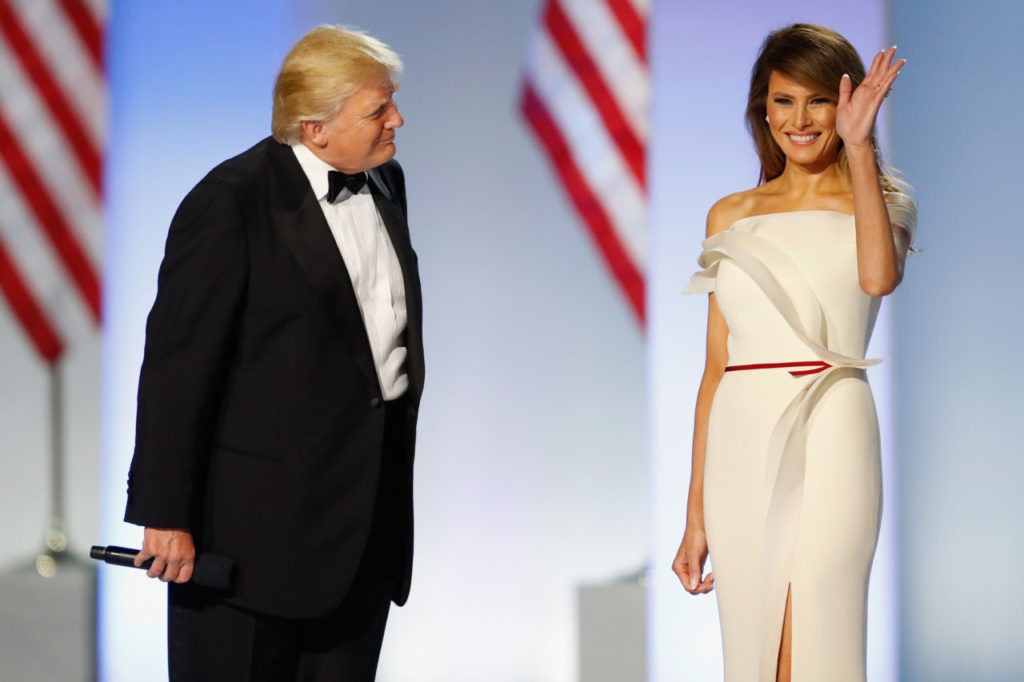 Pierre told the Washington Post that he still adores the inaugural gown, saying “I really love the dress. It was a moment of grace.”