An entertainment industry reeling from the exposure of decades of sexual abuse by its most powerful and celebrated, organizers of the 90th Academy Awards, Hollywood’s biggest night, are looking to deemphasize politics during this year’s ceremony to avoid turning off live audiences.

“We want to make it as entertaining as possible — reverential and respectful but also fun and emotional,” Jennifer Todd, a lead producer of the Academy Awards, told the New York Times. “The Oscars should be a spectacle. Fun and funny and great performances.”

“We certainly want to honor and respect Time’s Up and allow that message to be heard,” said Channing Dungey, president of entertainment at ABC, which will broadcast the ceremony live. “But we’re trying to make it more planned than spur of the moment — it has its moment and then doesn’t feel like it overshadows the artists and films being honored.”

This year’s Oscars will be hosted, as last year’s, by ABC late-night host Jimmy Kimmel, who has spent most of his nightly monologues over the last year shredding President Donald, Republicans, and their agenda.

Kimmel opened last year’s Oscars by ripping President Trump, saying, “I want to say thank you to President Trump … last year it seemed like the #Oscars were racist.” The Live host also tweeted directly at Trump during the live show. 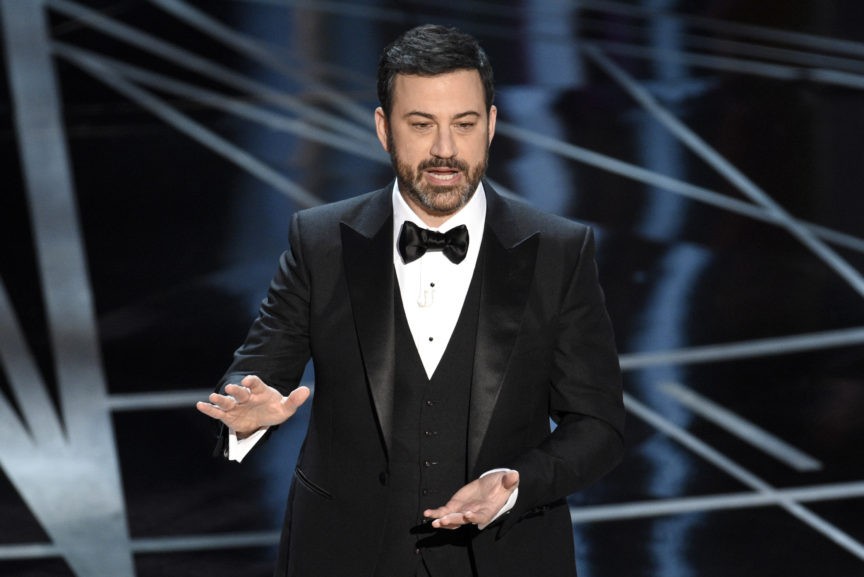 Kimmel accepted U.S. Senate candidate Roy Moore’s invitation to meet him in Alabama on Nov. 30, 2017, after Kimmel sent a comedian to heckle Moore during a talk he was giving at a church the night before. (Chris Pizzello/Invision/AP, File)

While no one knows if Kimmel will attack President Trump again from the stage at Dolby Theatre in Los Angeles, California, but it’s his crass brand of political skewering that experts say turn off viewers watching the show from home, the Times reports.

Live television viewing has been waning for years, but ratings have lately tumbled for award shows as they have tested the public’s tolerance for mixing serious causes with frothy self-celebration. Despite intense media attention on the black attire of attendees, ratings for the 75th Golden Globes in January dipped 5 percent compared with last year’s telecast. Viewership for the Screen Actors Guild Awards plummeted 30 percent, hurt in part by competition from football, while the Grammy Awards, which included a high-profile sketch skewering President Trump, plunged 24 percent.

A dip in viewership — similar to this year’s Golden Globes, which saw a five percent decline from just a year ago — “would be a disaster,” according to the Times, which notes that “the Oscar telecast is a big business, generating roughly 80 percent of the academy’s $136.3 million in annual revenue.”

Alas, Dungey says, “with a live show, anything can happen.”