What makes this latest opening especially catastrophic for Schumer is that, unlike the R-rated Trainwreck and Snatched, I Feel Pretty is PG-13, and therefore accessible to a much wider audience. Nevertheless, even with its relatively low budget and PG-13 rating, Deadline reports I Feel Pretty will still lose money.

How did this happen? Let me count the ways…

In the Woke Era, we are not supposed to say these things out loud, but no matter how much the Social Justice Warriors attempt to gaslight us into believing otherwise, human nature is still human nature, and who wants to spend $12 and two hours watching a chubby woman act like a hot chick?

There is certainly room in comedy for a Lou Costello, Oliver Hardy, John Candy, and Melissa McCarthy (who is looking pretty great these days). But the chubby comedian is its own genre, one filled with pratfalls, sweetness, humiliation, pathos, and ultimately triumph over the snobs.

Schumer is not a chubby comedienne. She looked fantastic in Trainwreck. Instead, then, she is a rich celebrity who has let herself go, who doesn’t care about her looks, and who demands we accept her sloth and self-loathing as an act of empowerment. This, of course, is absurd. No one goes to the movies to look at themselves.

I am sorry, but that is just true. In fact, it is biology. 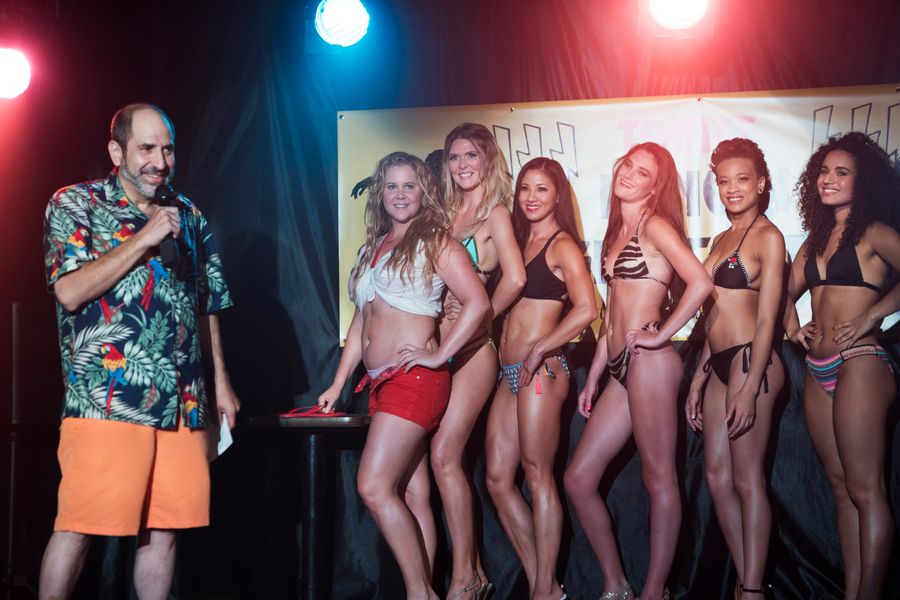 Let me add that this is not just about weight. Quite stupidly, all of the sex appeal was stripped from another 2018 flop, the Warner Brothers remake of Tomb Raider.

The character of Lara Croft is iconic, primarily for her otherworld beauty, her womanly sexiness, her hot cha cha. And probably because they are too provincial to understand that there are not enough woke people in the world to turn a movie into a hit, the filmmakers stupidly stripped Lara Croft of the very thing that made her an icon — her sex appeal.

Worse still, they cast Alicia Vikander, who is herself breathtaking, and still used a fascist boot to stomp dead the character’s va-va-voom.

Nearly 17 years ago, Angelina Jolie’s Lara Croft grossed $130 million domestic, compared to the remake’s $56 million, and I will guarantee you that was because Jolie padded her bra and captured our sexual imaginations, stirred something primal in us — while Vikander acted like a guy.

Jolie wanted to be objectified and we were happy to objectify her. That was her choice and ours, a fair trade in a free country.

Removing sex appeal from movies is going to come with a heavy cost.

After her massive hit with Trainwreck, Schumer squandered all of that goodwill by becoming a stuffy asshole, a scold, another left-wing Hollywood narcissist; a divisive, preachy, bitter, pompous, self-righteous insufferable who is going to tell us what to think, what to believe, how to speak, and who to vote for.

She lost half of her potential audience right there, maybe more.

I Feel Pretty had nothing to offer moviegoers other than Schumer. It is not an event movie or a CGI’d thrill-ride; it is an Amy Schumer movie and Mrs. Schumer is working overtime to alienate the customers.

Schumer presents herself as “woke,” and regularly reassures the woke mob that she is one of them. What she has failed to understand is the trap she walked into, the trap that says you can never be woke enough.

Had Schumer remained the comedienne she once was — rebellious, mouthy, independent — and not sold out to the establishment, had she lifted her middle finger to the woke mob’s censorious demands for intellectual conformity and “approved” jokes, I Feel Pretty might have had a chance.

Instead, she decided to make a “woke” comedy about a chubby woman who wants to be a supermodel and learns that there is nothing wrong with being chubby.

To any normal person that already sounds plenty woke. Unfortunately for Schumer, the woke mob is never satisfied, and in order to send a lesson about the necessity of intellectual purity, they leaped on I Feel Pretty and picked it to death.

And so, Schumer lost a base that will never be satisfied and her sniveling attempts to appease the mob only turned off us normal people even more.

As soon as the fame of Trainwreck hit her, Schumer became a hot mess, a neurotic, a crybaby, a preening, sanctimonious hypocrite always at the ready to lecture the “little people.” The cute girl who used to do anything for a laugh became our first wife. Who wants to spend good money and precious time attending a movie that is probably a tired lecture?

Even if you put 1-4 aside, the I Feel Pretty trailer looked like a one-joke movie spread thinner than thin — like a relatively amusing five-minute sketch stretched to the breaking point.

Mired in Seth Rogen-style filth, stuck in the bottomless rut of the New Production Code of stifling political correctness, the comedy genre is becoming radioactive to moviegoers.

It is not that people do not want to laugh — of course we do. The problem is that the ever-encroaching artistic fascism of the left means that only body fluids and self-humiliation remain fair game, and we are already tired of it.

People are so hungry to laugh they gave the return of a 30-year-old sitcom record ratings. Why? On top of loving Roseanne Barr, she promised to be different, to be inappropriate, to welcome everyone by satirizing everyone (including herself), to tell jokes that would upset and shock the uptight squares in the establishment (and God bless her, she is doing exactly that), to tell stories about people we can actually relate to…

When Amy Schumer sold out to the establishment, when she decided to be “appropriate,” she stopped being likable, funny, and, yes, attractive.